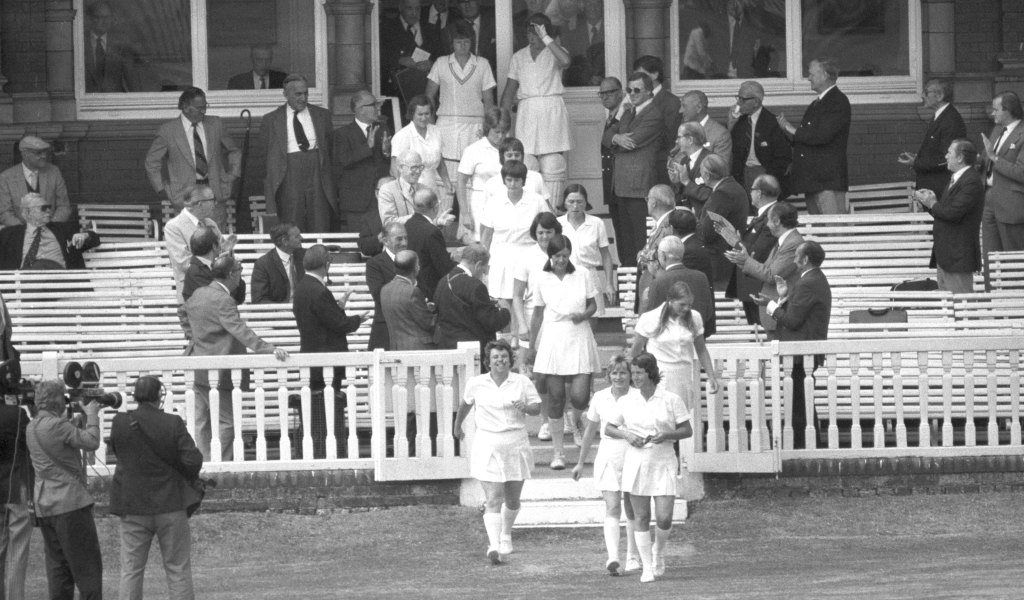 The inaugural edition of the ICC Women’s Cricket World Cup marked the first time a tournament of its nature was held, with the men’s tournament following two years later.

Its conception is a story in itself, with talks taking place between English businessman Jack Hayward and cricketer Rachael Heyhoe Flint in their home city, Wolverhampton.

In 1971, Hayward and Heyhoe Flint stayed up all evening brainstorming a tournament that the latter would skipper England to victory two years later.

The Women’s Cricket World Cup 1973 was contested by seven teams including a Young England side. The format was different to what we see today, with teams battling for 60 overs – not 50 – and a league table deciding the winners instead of a knock-out competition.

However, the final round-robin match saw the top two square off as England took on Australia in a repeat of the first-ever international women’s game.

Enid Bakewell hit 118 and Heyhoe Flint compiled a half-century as England won by 92 runs to seal the title by three points from their rivals.

India hosted and made their debut in the 1978 tournament, and they were joined by Australia, England and New Zealand.

The final match was again a de facto final, but this time Australia triumphed over the holders as tens of thousands of Indian cricket fans flocked to the Lal Bahadur Shastri Stadium in Hyderabad to watch.

1982 saw the introduction of a final, as New Zealand hosted five teams, the four from 1978 plus an International XI. Each side played the others three times, with the top two advancing to the showpiece.

It was a familiar match in the final as an unbeaten Australia took on England and the contest went down to the penultimate over before Australia emerged victorious by three wickets.

They defended their trophy in 1988, again beating England in the final, but then failed to reach the 1993 final – the first time they missed out.

The tournament returned to England that year and Denmark and the West Indies made their bow in an eight-team championship, following Ireland and the Netherlands’ debut in 1988.

Jan Brittin’s 48 was the top score in the final as England earned their second World Cup title by defeating the previously unbeaten New Zealand at Lord’s.

Australia were back on their perch in 1997 as a record 11 teams featured and Pakistan, Sri Lanka and South Africa joined for the first time.

The teams were split into two groups and four from each progressed to the quarter-finals, with Australia and New Zealand marching all the way through the showpiece again.

Australia won the match by seven wickets but New Zealand returned to win the title on home soil in 2000, beating Australia by just four runs in the year the tournament moved to 50 overs a side.

2005 was a landmark year, South Africa had the honour of hosting for the first time in 2005 and India reached their first final but Australia were again too strong, as Karen Rolton’s unbeaten 107 steered them to a 98-run win.

The next three editions saw Australia and England trade the trophy, first England defeated Australia in 2009 before Australia again beat a first-time finalist in 2013, this time in the shape of the West Indies.

In 2017, England were back on home soil and triumphed once again, beating India in a dramatic conclusion at Lord’s to ensure they head to New Zealand as holders.

Seven teams will hope to depose them this time, including Bangladesh, who will make their debut. Each side will play each other once to determine qualification to the semi-finals, with the final scheduled for 3 April.