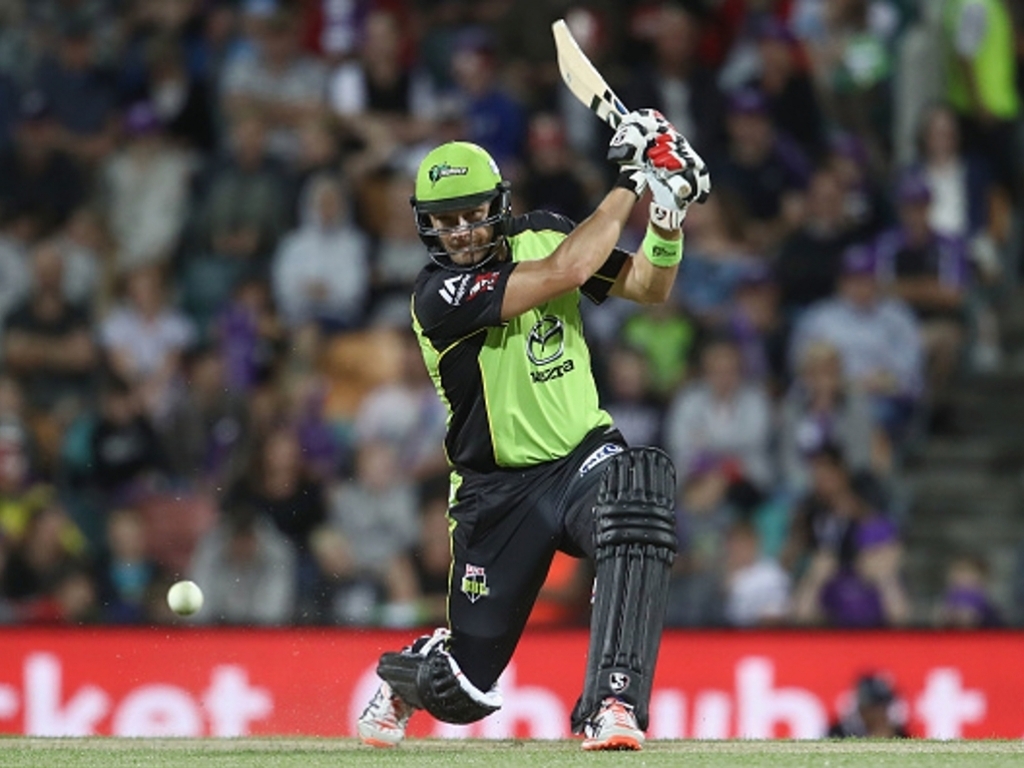 An unbeaten half century for recently dropped Australia international George Bailey was not enough for the Hobart Hurricanes to overcome the Sydney Thunder at the Bellerive Oval.

Bailey hit 69 not out and shared decent partnerships with Ben McDermott (31), Daniel Christian (16) and Jonathan Wells (26) but the total of 161 for 8 always looked a little light.

Wickets fell far too regularly for the Hurricanes at the death and Bailey’s strike-rate would pale in comparison to the Thunder’s heavy hitters.

Serving as a replacement for Andre Russell, Carlos Brathwaite was the pick of the bowlers for the Thunder returning figures of 2 for 31 from three overs while Pat Cummins picked up 2 for 36 from his four overs in an innings that featured three run outs.

Kurtis Patterson (23) and Vince got the Thunder off to a great start smashing 62 of 6.2 overs before the former feathered one through to Tim Paine off the bowling of Stuart Broad.

Vince (44 off 28 balls) would perish soon afterwards but Shane Watson kept up the blistering early pace.

Watson struck 55 off 31 balls before Christian accounted for him but by that time the result was in little doubt and even the loss of Carlos Brathwaite for six couldn’t derail the Thunder’s chase as they won by six wickets with 19 balls to spare.