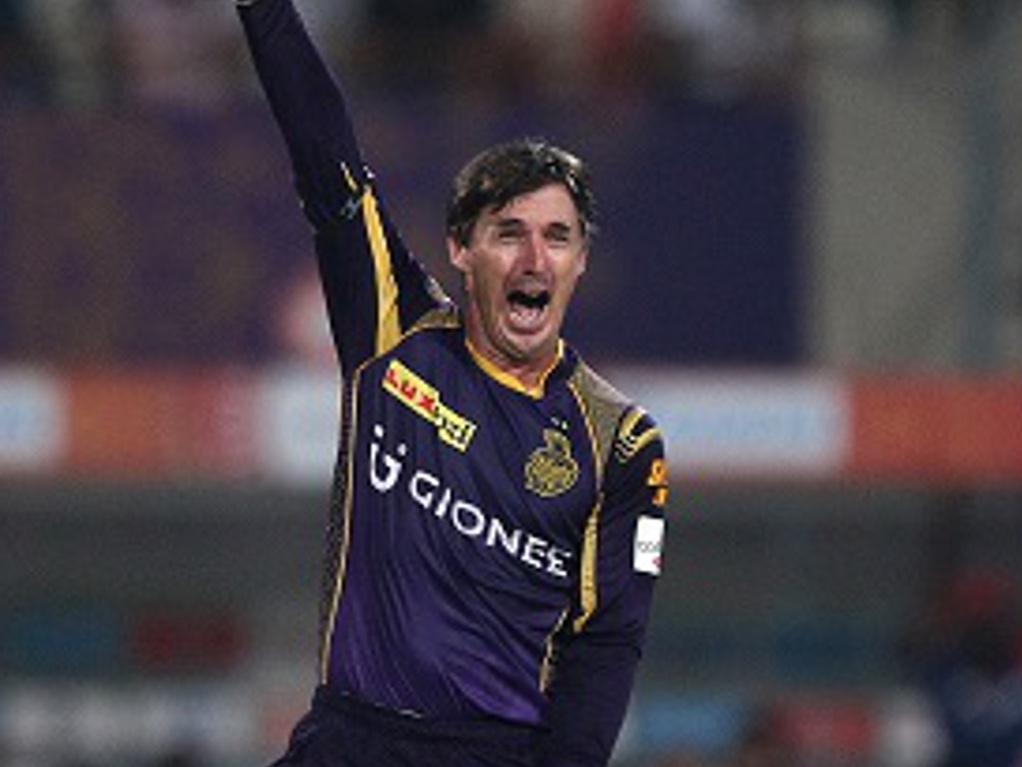 Kolkata Knight Riders spinner Brad Hogg is very much the elder statesman of the IPL, and says he's loving being able to play the game at a high level and hopes to keep contributing to the team's wins.

Hogg took three wickets in their opening win against Delhi on the weekend, and despite being over 40 is one of the more dangerous bowlers in the competition. He put his success down to sheer enjoyment of the game.

Hogg told IPLT20.com: "I have really enjoyed the game of cricket. It has given me so much. Hopefully when the career does finish, I can give a lot back. I just enjoy this.

"It is something that I have always been passionate about. I still remember as a youngster I always wanted to play cricket and when you can remember that and you still have that dream, it just pushes you forward.

"I just want to go for as long as I can. I retired in 2008, was out of the game for three years and didn't pick up the bat or ball for a while and then when I came back, I just realised how much I missed it.

"It is just great to be able to play. If you have got a gift and the passion then you can still go out there and do a reasonable job. If you are not letting your team down, you can keep going."

When Hogg returned to the game after a break of a few years, he didn't expect to continue as long as he has, and really just wanted to have a bit of fun in the Big Bash. He now enjoys being part of the game in India as well.

He added: "When I first started playing the T20 format, it was all about the Perth Scorchers for me, playing for different teams and travelling around the world was just a bonus.

"For the first couple of years I couldn't get involved into the culture and didn't know the culture. But over the last few years, be it with the Rajasthan Royals and the two years that I have been with the Kolkata Knight Riders, I have managed to be able to get into the culture of the team and the team’s spirit.

"It makes a huge difference. It is all about the culture that is within the team and if you can find your place in it, it becomes your goal. I found my little niche in the Kolkata Knight Riders and hopefully I can help them get another trophy under their belt."