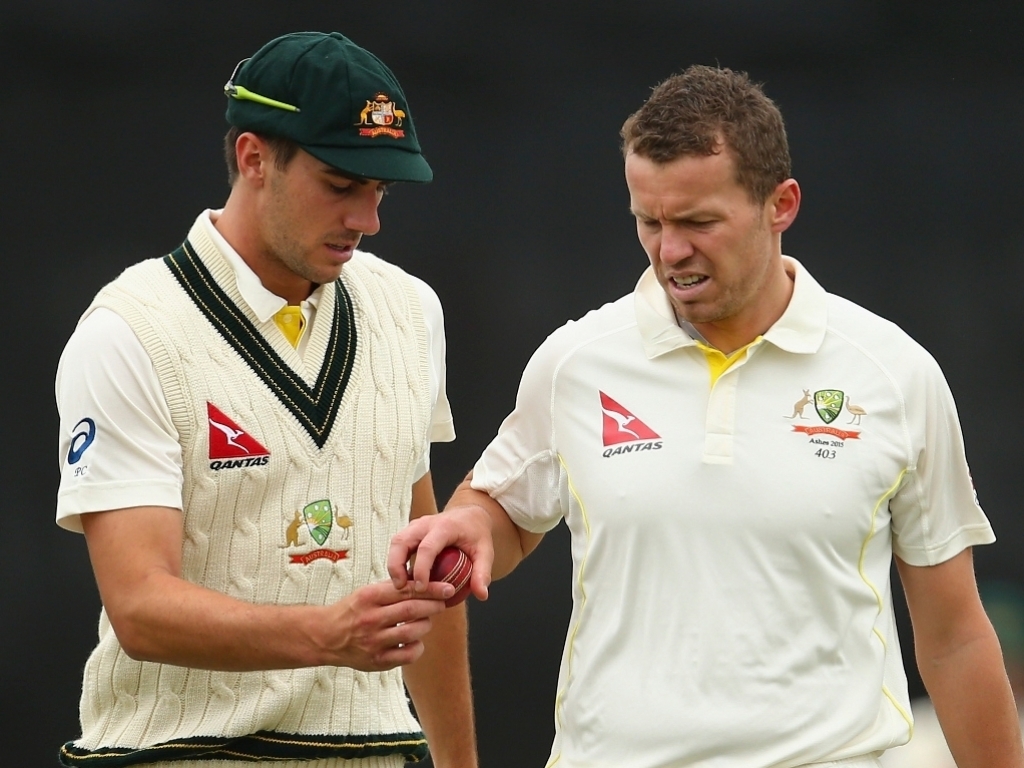 National selection panel chairman Trevor Hohns has told Australia fast bowler Peter Siddle he isn’t done yet at international level as far as he is concerned.

Injuries have plagued Siddle and the emergence of a number of other fast bowlers means competition for places in Australia’s Test lineup is now fiercer than ever for quicks.

While Mitchell Starc, Josh Hazlewood and Pat Cummins are the front runners for Ashes places Jackson Bird has done little wrong in a Baggy Green cap and James Pattinson has been tearing up the County Championship with blistering pace, while Nathan Coulter-Nile has excelled in the IPL.

Pattinson is in England with Nottinghamshire as a replacement for the injured Siddle.

Siddle revealed that the chairman was positive about his future having spoken to the quick about the decision not to keep him on a central contract with Cricket Australia.

Speaking on Fox Sports Siddle said: “I had that little inkling coming into the announcement that I was probably going to miss (out on a contract).

“I got the phone call from the chairman of selectors Trevor Hohns a couple of days before to let me know. As sad and annoying as it is, I had a feeling it was going to happen.

“At the end of the day, (Hohns) explained the reasoning, which I pretty much knew anyway.

“For me, my question was, ‘Does this put a line through my name or am I still going to be thought about.’

“The good news back was, ‘Age is no factor with you.’

“‘It’s just a matter of getting fit, getting back on the park, play some games for Victoria and we’ll see where you’re at.’

“I know personally that’s what I’ve got to do, get 100 per cent right and get the body going.”

Siddle meanwhile also doesn’t feel his Test career is over just yet and is committed to working hard to get back into the team.

“There’s young guys coming through, they’re performing well but I think one thing on my side is my record.

“The skills and stuff I’ve done in big series against sides like England and South Africa are going to back me up.

“I’ve just got to get 100 per cent fit. I’m confident in my skill set and what I can do once I get out on the park.

“I’ve just got to get on the park.

“Fingers crossed I’ve got a lot more cricket to play for Australia.”