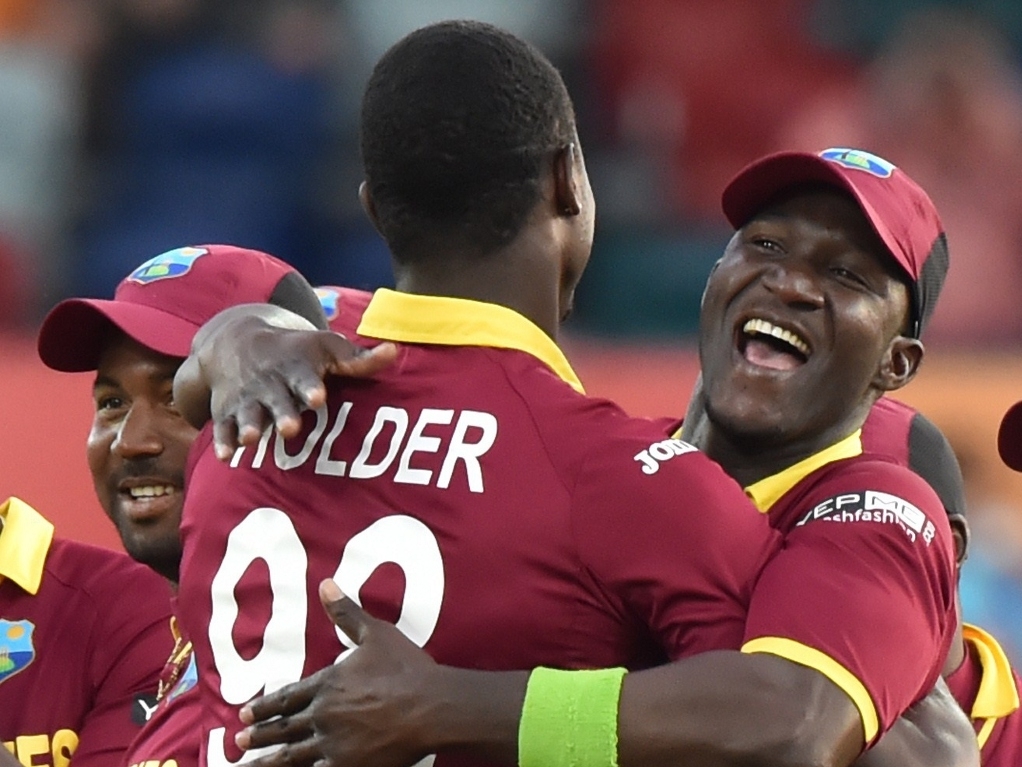 West Indies captain Jason Holder denied there was a problem between himself and former skipper Darren Sammy, saying what looked like an argument in the field was actually just some fun 'banter'.

Holder, who took over the role from Sammy late last year, took the latter out of the attack after just one over while the UAE were batting in Napier on Sunday. They appeared to argue about the decision, but Holder said it was "a little banter on the field".

He did later admit that while it wasn't overly serious, it wasn't all fun and japery, saying they "had a little tussle there. It's just part of the game. At the end of the day we shake hands and still smile together."

He continued by adding that the players were all on the same page, and he was delighted with their six-wicket win, which all but saw them into the quarter-finals.

He said: "I couldn't ask for anything more from the guys. It was a must-win game and we had to win by a big margin and the way the guys came out and played cricket I can't ask for much more."

The Windies will face New Zealand in the fourth quarter-final, in Wellington on Saturday.