Holder, Hope and the future of West Indies cricket 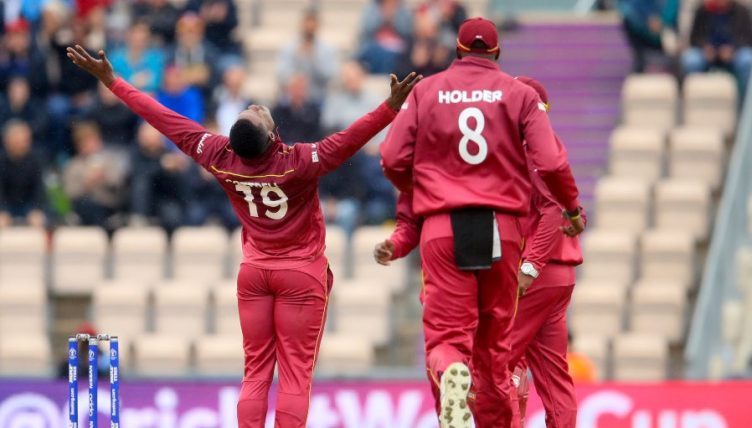 Some of the entertaining and successful cricket being churned out by the West Indies during the ongoing World Cup in the United Kingdom really is making fans and critics alike ponder whether they will eventually be able to return to the lofty heights of yesteryear.

Once the dominant team of world cricket, the West Indies have since gone through ups and downs on and off the field. Indeed, the advent of global T20 competitions like the Indian Premier League, Big Bash League in Australia, Pakistan Super League, Bangladesh Premier League and others haven’t helped retain players, who’d rather travel the world for quick cricket than be tied into a sustained contract with the West Indies Cricket Board. Examples of these are Kieron Pollard, Dwayne Bravo, Chris Gayle and Andre Russell. Some have returned to the fold, others have not, while players like Darren Bravo have managed to quieten their issues with the board and take a rightful place in the squad for the 2019 World Cup.

There are key handful of players who will be central to the cause going forward; those who are going to be the face of the hopes harboured by former greats such as Curtly Ambrose, Joel Garner and Shivnarine Chanderpaul. The trio recently recounted in this Betway blog the illustrious success of days gone by – and are hopeful the current crop can hit those heights again.

The Windies are certainly exploiting short deliveries in the UK at the moment. Russell, captain Jason Holder and relative newbie Oshane Thomas have been banging it in hard and fast at Trent Bridge and surrounds. While they are not quite achieving the threats generated by Ambrose, Courtney Walsh, Malcolm Marshall and others back in the day, they are certainly proving a challenge for a lot of batsmen. This veritable chin music makes for competitive cricket in a game often dominated by the bat.

Many were sceptical when Holder was named the captain of the proud Caribbean nation. He has done the job well, not letting the added responsibility of the leadership negatively affect his role with the bat and ball. His role with the ball is of the utmost importance, but he is a genuine all-rounder and – alongside Russell – affords the West Indies to bat deep into the order

An undoubted great of West Indies cricket in his own right, Gayle is also a veritable demigod in IPL cricket and other global T20 tournaments. He has said he will retire from ODI competition after this World Cup, but has also suggested he might continue playing the intermediate format of the international game. Time will tell which way he sways, but until then fans and foes alike can expect plenty more sixes from the self-proclaimed ‘Universe Boss’.

The talented wicketkeeper-batsman’s name has been the name on the lips of many cricket pundits. When asked to name the probably Player of the Tournament for the 2019 World Cup, men like Nasser Hussain, Mike Atherton, Graeme Smith and other greats of the game have stated Ben Stokes, Jason Roy and other illustrious names. Hope’s name has come up to, which speaks of how much he is favoured among the game’s current stars.

Ashley Nurse is probably the most under-rated player in the current West Indies squad. In a 15 of big-hitters and fast bowlers, spin is also a big demand. Nurse brings that and then some – and is exactly what is required when the time comes to take the pace off the ball. He’s probably a bit of a liability in the field, but his role with the ball is vital.