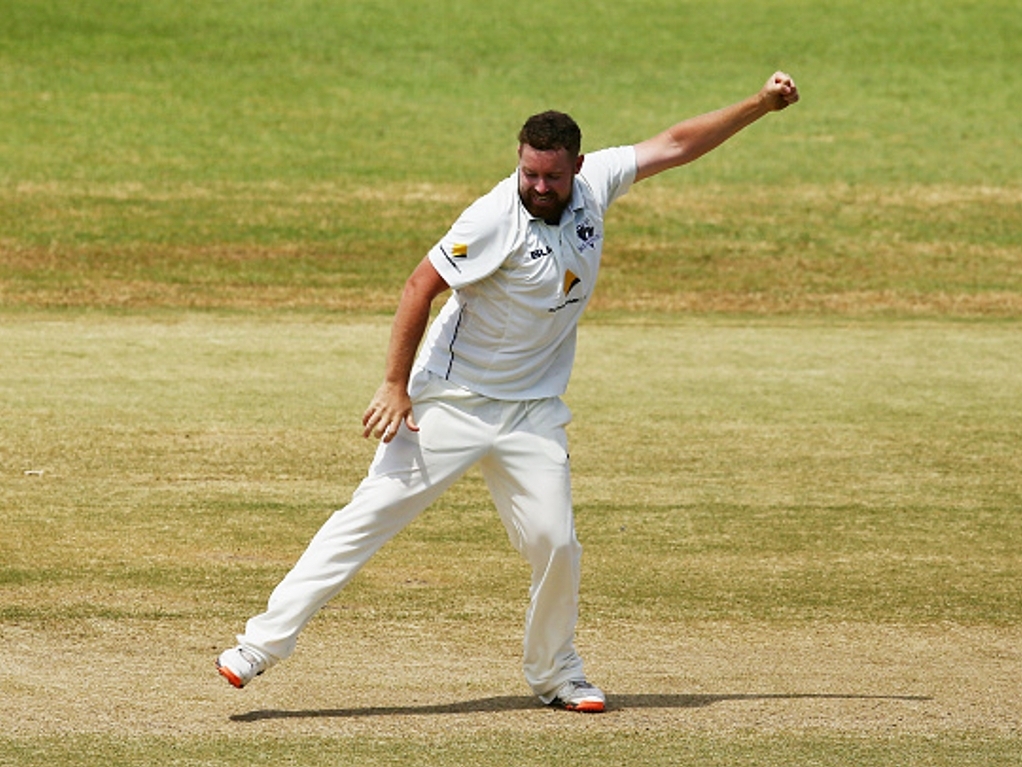 Jon Holland is set to become Australia's 444th Test cricketer after being called up to the Baggy Green squad following the injury to Steve O'Keefe.

With only one other specialist spinner in the squad and faced with a turning wicket in Galle, Holland is almost pretty much assured of making his debut in the second Test against Sri Lanka.

O'Keefe will be bitterly disappointed to get injured as this tour offered a rare chance to break into Australia's Test team, with the slow wickets in Sri Lanka presenting an opportunity for a second spinner to get game time.

Australia's Bupa Support Team physiotherapist, David Beakley, said of O'Keefe's injury: "Initial assessment indicates a moderate grade hamstring injury which means it is highly unlikely that he will be available for the remainder of the Test series,

"Steve will remain with the squad in Kandy until the end of the Test and will undertake imaging on the injury upon his return to Australia."

Holland is a member of the Australia A squad that was preparing for a series against South Africa A but will now jet out to Sri Lanka.

Chair of the national selection panel Rod Marsh said in Kandy: "It is incredibly disappointing for Steve to get this injury and I really feel for him,

"He was bowling well in the Test and had caused some trouble to Sri Lanka's top order.

"The selectors have decided to go for a like-for-like replacement for Steve, in Jon Holland.

"Jon had a good end to the Sheffield Shield season and is currently in Brisbane with Australia A as they prepare for a four-day match against South Africa A.

"He will be on a plane as soon as possible and is a strong chance to make his debut in the Galle Test."