How to arrest England’s slide 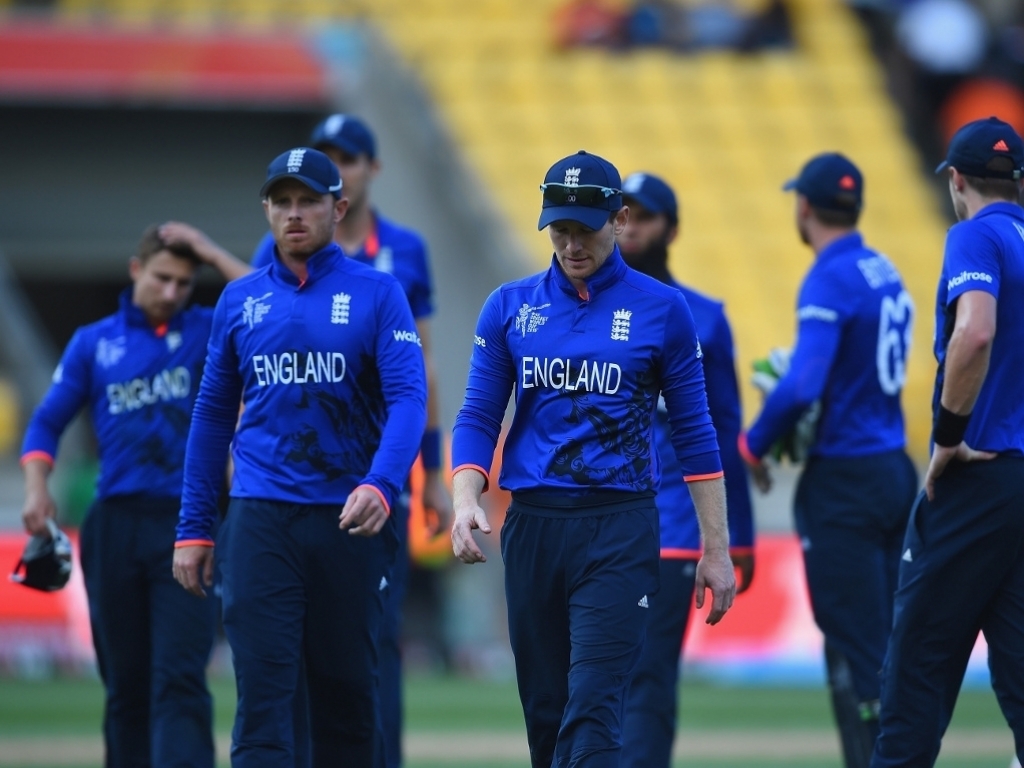 The sickening predictability of it all is the hardest thing to take. As England's final wicket fell against Bangladesh to see them eliminated in the group stages of the World Cup there were few that were surprised, if fact you would have to be someone who jumps at a pin drop to show any kind of shock.

For months, even years, the fact that England are failing to keep pace with the rest of the cricketing world has been lamented.

A conservative team that claim to not be obsessed with statistics beaten by cricket teams that have shown one day cricket is far more art than science. The idea that England are overly enamoured with numbers was give further traction by their coach saying he will "have to look at the data" to explain why his team had lost.

Peter Moores is a thoroughly decent man, a coach that has the deepest of love for the game that he has devoted his life to. But he is now into his second unsuccessful term as England coach. That cannot be ignored. The time is right to re-evaluate his position, and that of ECB Managing Director Paul Downton who has given him the firmest of backing.

It would be very easy to talk about where England went wrong in this tournament, the errors are so large and so glaring that it is not a difficult task to catalogue them. While sober reflection of where things went wrong is needed, now is also the time for us to talk about the future.  England cricketers have coaching facilities and funding that are the envy of every cricket playing nation, including all of those who will be contesting the quarter finals at this World Cup. These are not talentless bumpkins that cannot play the game. This should not be happening and we need to start talking about making sure this kind of abject humiliation doesn't happen again.

With that in mind, here are the things Cricket365 think England should do to arrest this decline.

There is talk of England having identified 80 players within the domestic cricket structure that have the potential to make it at the highest level. This judgement has been made by those that have struggled to nurture the talent that has already made it into the England team. Player after player, from Steve Finn to Alex Hales, from Eoin Morgan to Ben Stokes, have lost their way under this regime. The preconceived ideas on who can and can't make it need to be binned and they need to start again. The players that have been discarded in the past need to be looked at again. Those that are in the side and not performing cannot be certain of their place. All bets are off, all chits are clean.

At every level of the game cricket has stopped being fun. Everyone needs to find enjoyment in cricket, from the seven-year-old playing with a blue plastic bat to a 100 Test veteran. If should be fantastic to fulfil your childhood dream of playing the game you love for a living. Instead it does not take long for those that are involved in ECB coaching programmes to become joyless automatons in the mode of "Android" Andy Flower. Those in charge of coaching England need to either find a different way of doing things or find a different job. Right now talented players are failing, that can only be the fault of culture, coaching and management.

Seven Tests a summer is too many. The May Tests are against unfancied opposition and played in poor weather in front of sparse crowds. It is disrespectful to the fans, the Test grounds that hold the events and the touring side. They add nothing to the calendar other than to fill Sky TVs schedules. Move the international summer forward to mid-June.  Play two three match series or one five match series a summer. This means that England players can either play IPL cricket or county cricket during that period. That will give them experience of the T20 behemoth or increase the quality of the county game.

T20 needs to be in a block at the height of summer, whether that is a franchise event or not. The once a week Friday night experiment was done for the right reasons, but it hasn't seen attendances increase and makes it much less likely that big names will play. Right now those names that could be turning out for counties are plying their trade in the Caribbean Premier League. Wherever possible, England players should be allowed to play for the counties. Those 'star names' are English cricket’s biggest asset.

Pick based on cricketing ability.

In the last year we have seen Kevin Pietersen dropped because he wasn't liked and Alastair Cook persevered with because he was. That needs to end. Cricket should be the only criteria selection. Being a bit of a shit or a decent bloke shouldn't be how selection is decided in international sport. Rumours have abound for years that players have been left out by England because they are "not-rated" by the management. Runs and wickets are the currency here, and the highly paid managers at the ECB need to manage everyone, not just the people that they want to.

Much has been made of the quality or otherwise of the county game in recent weeks. While it would be bordering on the outright ridiculous to suggest that the structure is perfect there is much about it to admire. There are many talented and committed cricketers that create the environment in which international players can be created. The issue in recent times has not been county cricket not producing talent, it has been that it has rapidly declined with Team England. Those that are the harshest critics of the system are often the ones that watch it the least.

There is a chance for this to be a catalyst for real change. If it is not a massive opportunity has been missed.