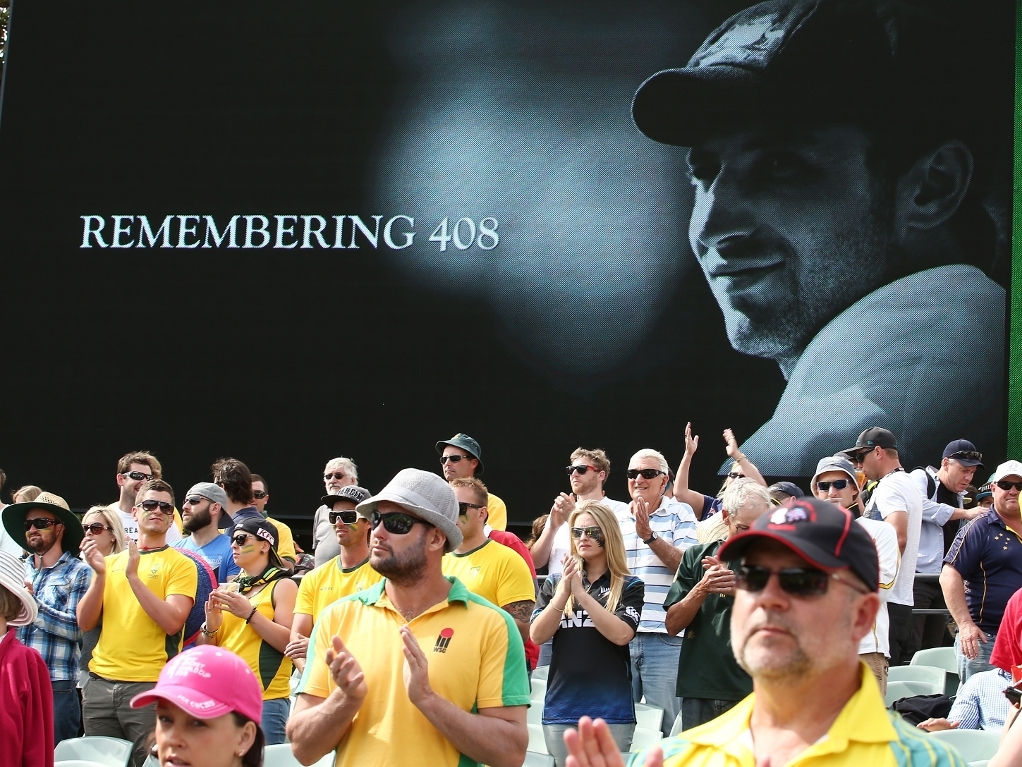 An independent review commissioned by Cricket Australia has found that neither the helmet design nor the medical care played a role in the death of Philip Hughes.

David Curtain QC, a former president of the Australian Bar Association, conducted the review with the findings published more than year after Hughes died in a hospital three days after being struck by a bouncer in a first-class match.

Curtain wrote: "I am of the opinion that the attention received by Phillip after being struck had no role whatsoever on his subsequent demise, due to the nature and severity of his injury.

"I do not believe that the new helmet would have afforded additional protection against the blow given the location of where Phillip was struck, as the protection to the neck, at the rear, is no different."

CA chief executive James Sutherland endorsed the recommendations of the review, saying: "The global cricket community was deeply saddened by the tragic death of Phillip Hughes and the great loss his family suffered.

"We received Mr Curtain's review last season and since that time we have been considering his recommendations and discussing with relevant bodies as to how we best make changes necessary to prevent an accident of this nature happening again.

"While there will always be a small risk we believe that the measures we have already taken and will enact following this review will reduce that risk even further."