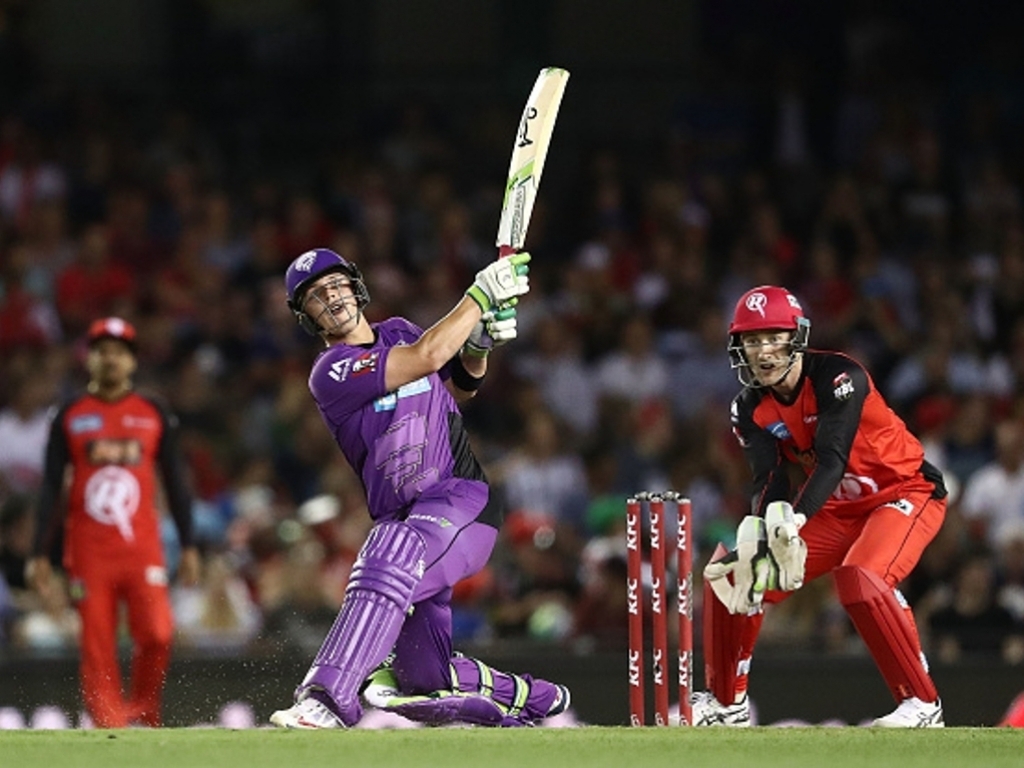 The Hobart Hurricanes beat the Melbourne Renegades by two wickets in what proved to be one of the matches of the Big Bash League so far as they chased down 223 to win.

The match went down to the final over when English quick bowler Stuart Broad, of all people, got the Hurricanes over the line striking two boundaries in the final over before sealing the win with a final ball single.

The final over heroics were only possible because of a brilliant ton from Ben McDermott who hit 114 off 52 balls including an incredible nine sixes.

Earlier Aaron Finch had blasted 63 off 40 to get the ball rolling for the Renegades and Tom Cooper smashed an unbeaten 53 off just 24 balls to push the Renegades beyond 200.

Sri Lankan allrounder Thisara Perera chipped in with a cameo of 28 off just 11 while Finch’s opening partner Marcus Harris made 25 and number three Cameron White a handy 34.

Jake Reed picked up two wickets for the Hurricanes but conceded 54 runs in his four overs.

The Renegades would post 222 for 4 in their twenty overs leaving the Hurricanes with a mountain to climb.

The Hurricanes chase was built on a big partnership between George Bailey (59) and McDermott with the pair adding 151 for the third wicket when they went though a flurry of wickets looked to have given the Renegades the edge with Sunil Narine claiming three critical wickets.

In the end Broad got them over the line though he needed a nit of luck as a wide from Perera resulted in an overthrow as Broad and Sam Rainbird stole a bye, the English left-hander then knicked one to the boundary off the penultimate ball to tie the scores.

Narine ended as the pick of the Renegades bowlers with figures of 3 for 27 in his four overs.

Broad said after the match: “Amazing game of cricket, wasn’t it? That was an amazing hundred. We were disappointed with the fielding and bowling effort.

“The outfield was quick and the batsmen did the job. He (McDermott) was around 28 off 20 and then took off, it shows that you can still take your time to settle down and then hit. Amazing innings by the young man. To keep going like that is quite spectacular.”

Of his streaky boundary Broad said: “I tried to hit through square leg and the leading edge went over mid-off. Twenty20 throws up some incredible moments and some amazing moments.”