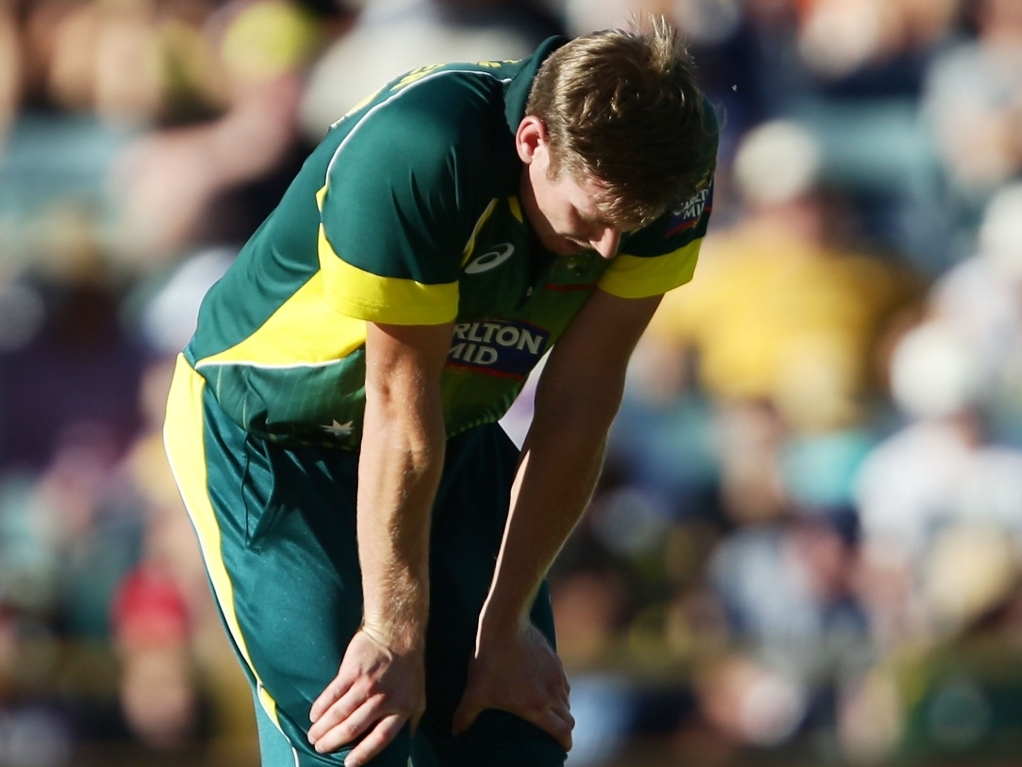 Australians are holding their breath ahead of the World Cup as top all-rounder James Faulkner looks a major doubt for the tournament, having injured his side during the tri-series final against England on Sunday.

Faulkner scored a half century with the bat, further cementing his reputation as one of the best ODI finishers in the game, before bowling just three overs. He pulled up with what looked like a side strain, and must go for scans on Monday.

As such, Faulkner could miss part if not all of the tournament on home soil, which will be a massive blow for the hosts. If he is ruled out, Shaun Marsh or Moises Henriques could replace him.

Man-of-the-match Glenn Maxwell, who scored 95 and took four wickets in the win, explained Faulkner's situation after the match: "I think he's pretty down at the moment.

"I think with obviously such an amazing thing just coming up for us, the home World Cup, and I think the thought for any of us being ruled out so late with an injury, I think even if it's nothing, just the thought of that would hurt a lot of people.

"I know a few of us were out there hurting for him. He's a super cricketer and he's a vital cog in this Australian outfit. We can just hope it's nothing and he is being soft and he gets back and trains hard with us next week.

"We're all feeling for him ,and hope he recovers pretty quickly and he can get back out there with us because you saw today how good he is.

"I think he's the best finisher in the game comfortably, and the way he just assesses the situation and gives himself that little bit of time and just dominates bowling at the death.

"And even with the ball that surprise package, getting that wicket, surprising Joe Root who didn't look like making many mistakes out there. He's a vital part of our one-day side and hopefully he's playing with us this World Cup."