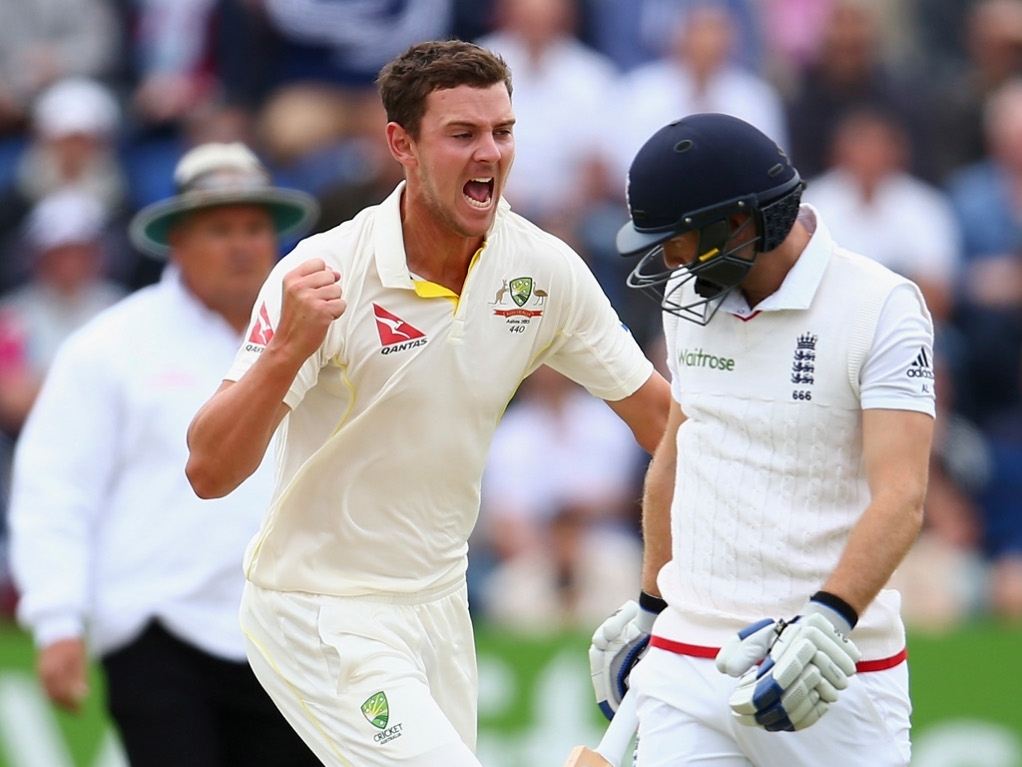 Australia fast bowler Josh Hazlewood is a doubt for the fifth Ashes Test at The Oval this week, after missing the major training session on Tuesday due to a shin injury.

Hazlewood, who has played six Tests in a row now, since the West Indies, was already in line to sit out the series finale, to rest him, but now his shin soreness might make that a real possibility.

The Cricket Australia twitter feed said on Tuesday: "Quick Josh Hazlewood chatting to the Bupa Support Staff while the rest of the squad warms-up at The Oval."

CA writer Aaron Ramsey then tweeted: "Josh Hazlewood a bystander at Aust training at The Oval. Bowled y'day and reportedly has shin soreness."

If Hazlewood doesn't play, either Pat Cummins or Peter Siddle are set to take his place, with neither featuring in a Test on this tour so far. Cummins hasn't played a Test since his debut in 2011.