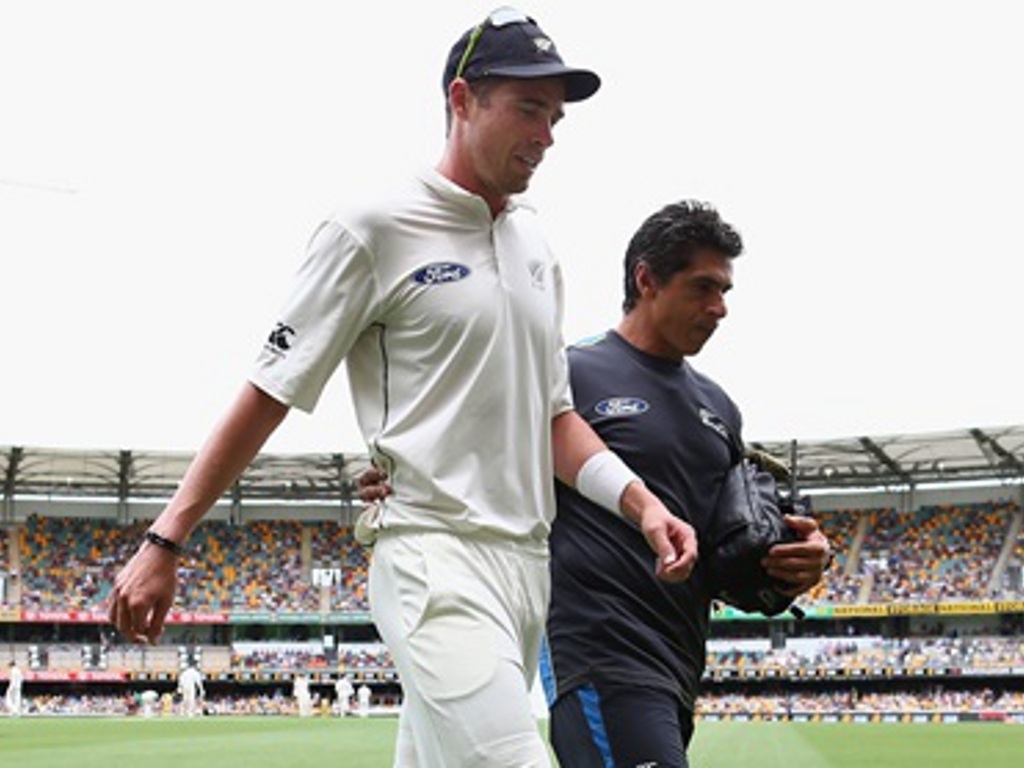 New Zealand will be without veteran fast bowler Tim Southee for the three-Test series in India this month, after scans revealed a ligament strain in his ankle.

Southee will be replaced by young paceman Matt Henry in the squad, after the elder swing bowler hurt his ankle in training in Kanpur, the scene of the first Test on 22 September.

New Zealand coach Mike Hesson said: “Tim has been working hard in preparation for this tour, so he’s understandably very disappointed to be ruled out of all three Tests.

“The focus now is for Tim to give his ankle 7-10 days rest, before slowly building his bowling loads back up ahead of the ODI series.”

The ODI series starts on 16 October. Meanwhile, Henry will be eager to add to his four Test caps, after going on the tour to southern Africa recently but not getting a place in the XI.