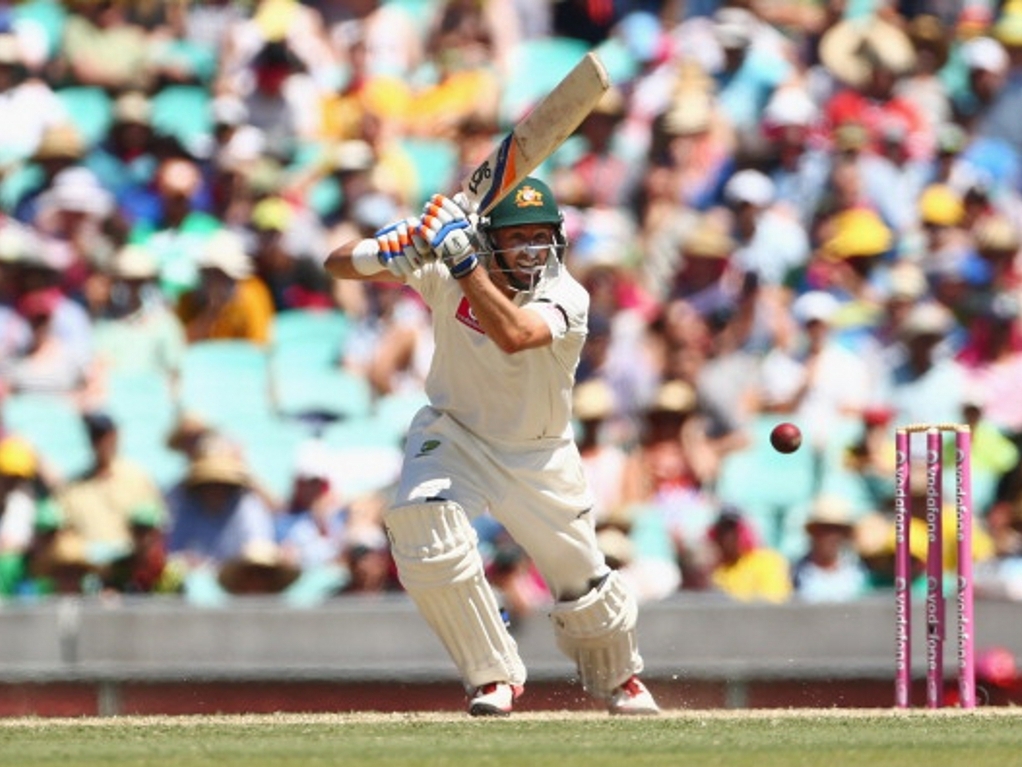 Hussey averaged over 90 in innings on the island, and has offered some insight into how he would tackle the tweakers tormenting Steve Smith's hapless Baggy Greens.

Speaking during cricket.com.au's Unplayable podcast Hussey said: "Your defence has to be pretty sound.

"Listening to a lot of the comments from the guys they sound like they've got the right game plan.

"They don't want to let a bowler settle, they want to be try and get off strike and rotate the strike as much as possible.

"They want to bat long, long periods of time and build big innings.

"They're saying all the right things, but obviously not executing it as well as they would have liked at this stage.

"I think they're on the right path. They were a lot of things that I was saying to myself when I was over there quite a few years ago now."

"My mindset is 'I'm going to watch the ball as best as I possibly can, play each ball as well as I can and if something explodes or does something crazy then there's nothing I can really do about it'.

"I'm just looking to play the ball, be positive, try to figure out where a couple of singles are to get off strike and build a new partnership with my mate at the other end."

Mr Cricket advised the Aussies to mind the leg before decision's against Dilruwan Perera: "Much the same sort of plan, just going to watch each ball and play it as well as I can.

"I'm going to be worried about getting lbw with the ball just sliding in a bit so I'm going to try and cover that.

"I'm sure they'll have some catchers around the bat.

Of all Sri Lanka's bowler's Hussey picked out Lakshan Sandakan as the one to worry about: "This is the one I'm probably most nervous about.

"At the moment I haven't faced him before so when you haven't faced someone and he's bowling wrist spin you're not sure about his variations.

"So I'm a bit nervous about the wrong 'un, how much is he turning his leggie, does he have a slider (a ball that spins straight on), so I want to get all that information as quickly as I possibly can.

"But certainly I'd be really nervous about facing him early.

"Again my plan is pretty much the same; I just want to try to be positive, confident, watch every ball as closely as I  possibly can, then if he gives you a loose one – sometimes the wrist-spinner might give you the odd loose ball – try and put that away for a boundary.

"Otherwise, know where my singles are and try to get off strike."

The sweep shot is something that has been talked about a lot, and Hussey chipped in on the subject: "I definitely used it. I certainly didn't use it early in my innings.

"I was more trying to be nice and solid with my defence and get off strike by pushing singles around.

"Talking to a lot of spinners they don't like it when you sweep or reverse sweep.

"They bowl their best ball and you go ahead and sweep it and get runs for it puts the bowler back under a lot of pressure.

"It's a risky shot, particularly early in your innings, but once you're in and set and used to the pace of the pitch and bounce it can be a very effective way to score runs and put the bowler of his line or length.

"Me personally, I wouldn't be employing it early in my innings but certainly something I'd be looking at doing once I got in."