Home Countries Australia Hussey shuts down idea of carrying on

Hussey shuts down idea of carrying on 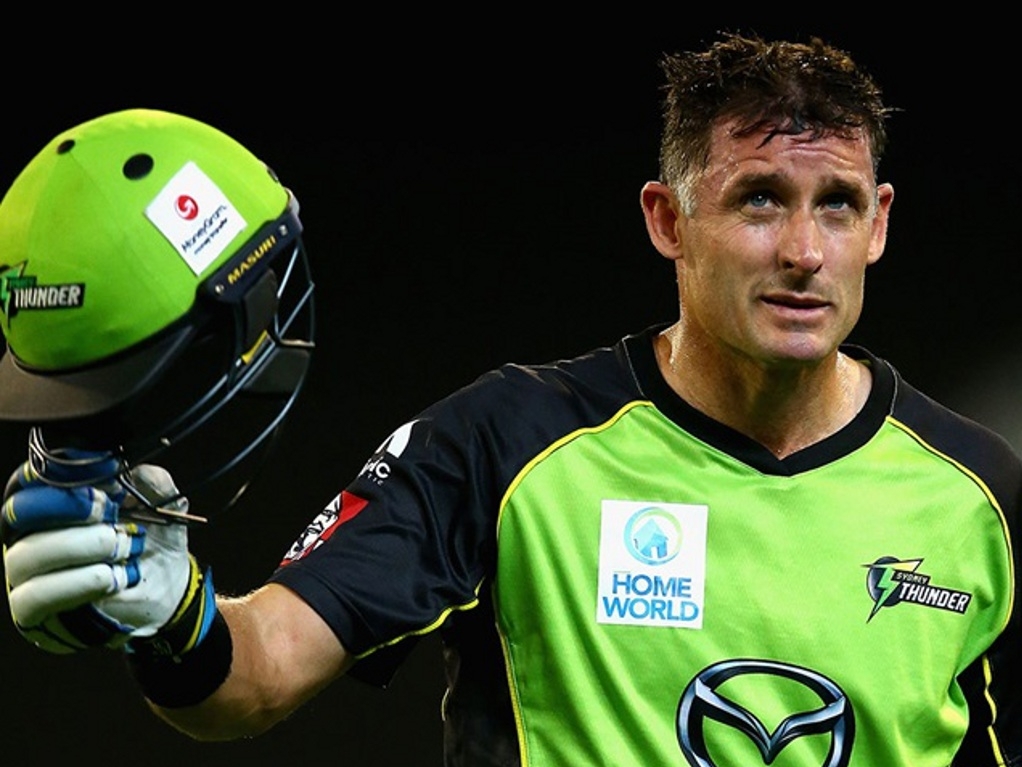 Former Australia batsman Mike Hussey may have led the Sydney Thunder to the Big Bash League title this year, but says he's not tempted to delay his retirement, and is definitely hanging up his spikes.

Hussey, aged 40, has called time on his career, having helped the Thunder win the fifth edition of the BBL. He took a side that routinely finished in the bottom half, and pushed them to the top, with the help of the likes of Usman Khawaja.

When asked if he'd consider staying on, Hussey said that he'd done his part, and it was now up to the younger players to keep the momentum going.

He said on the CA website: "This was part of the plan – this was all in the plan. I was actually probably going to finish last year.

"But just through succession planning and building the squad a little bit further it was prudent to probably play one more season.

"It's never been about me, it's been about the club, and building the club for sustainable success. There's no point hanging on too long.

"It's a bout players will come and go from this team forever and a day, but the players and this club has to move forward and keep building."

Hussey was given a guard of honour when he walked off the field at the MCG on the weekend, after his final innings in Australia, and he said he didn't expect the ritual normally given to Test retirees.

"I was probably more annoyed at myself, for playing such a silly shot at that stage of the game. I wanted 35 more runs, but I did think to myself, right, I've just got to take a few moments and sink this in.

"Because this is an amazing stadium to play at and as a player you feel privileged and honoured to be able to come on and play on this hallowed turf.

"So I did want to let it just sink in for a minute, but then the stress started again as we tried to get those last thirty-odd runs."

Khawaja, whose batting was a driving force for the Thunder, said Hussey's arrival three seasons ago was what made him stay at the club when he was considering a move elsewhere.

Khawaja said: "I did think if I wanted to stay at the franchise or go, but Huss came along and I thought we could bring the franchise up, so I'm glad I stayed on."