Home Countries Australia ‘I clapped alongside all the other guys’

‘I clapped alongside all the other guys’ 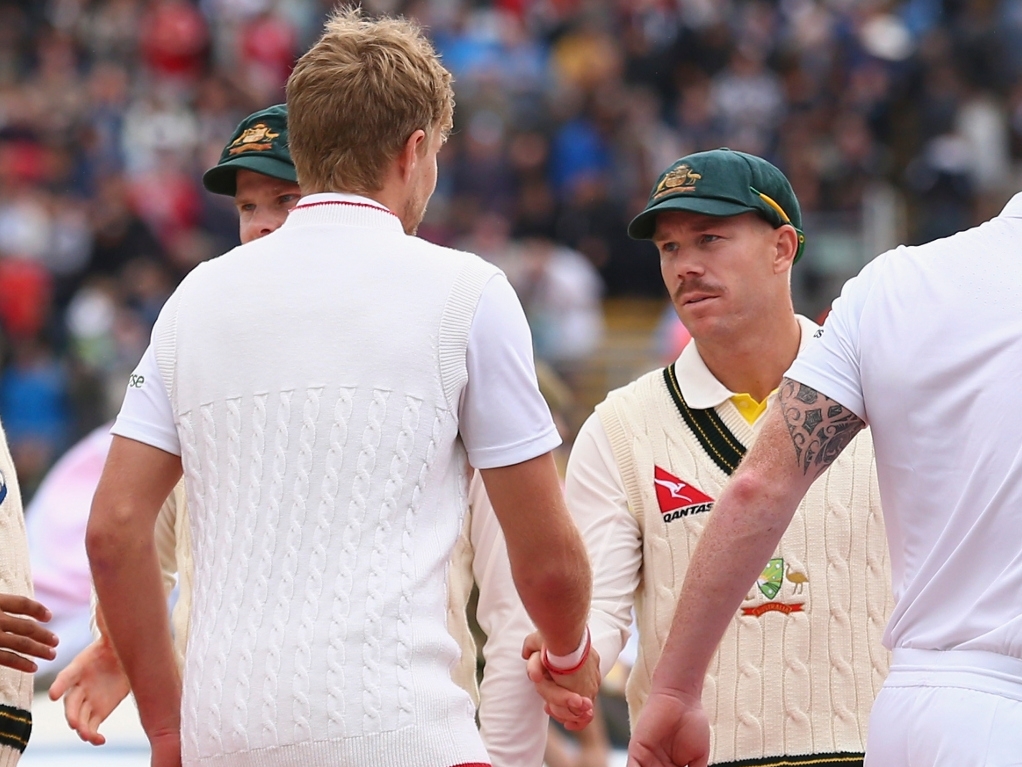 Australia opening batsman David Warner has taken umbrage with the idea that he did not clap for Joe Root when he scored a century in the first Ashes Test, saying the cameras just missed his applause.

Former batsman Matthew Hayden was unimpressed with the idea that Warner did not applaud Root, while New Zealand skipper Brendon McCullum wrote a whole newspaper column about it being poor form, but Warner has denied it.

Warner says, while subtly taking a dig at Root for his excessive celebrations, that he clapped alongside the other Australia players, and had no issue doing so, despite the pair's fraught history.

Warner said on the CA website: "If the camera had stayed on me for the five minutes that he celebrated they'd have seen me clap alongside all the other guys.

"The captions they use are always going to be a snapshot of you doing something, and the time that photo was taken was probably a minute-and-a-half after he raised his bat.

"We all clap, we always do and we always will continuing acknowledging people’s knocks.

"It was disappointing that it did come out to say that I didn't clap when I did."

Warner then went on to stir the pot a bit ahead of the third Test, saying that while Graeme Swann was a difficult spinner to get away, Moeen Ali was easy pickings as he often bowled a bad ball or two. This despite Moeen removing Warner three times out of four.

He added: "I think the difference with Swanny was he was very consistent and always in the same areas. It was hard for you to score as a batsman, so you had to try and change the patterns.

"With Moeen, I don't think we really have to go as hard against him. No disrespect to Moeen, but you will get that bad ball whereas Swanny was relentless and you never really got that bad ball, especially as a left-hander.

"The other day (at Lord’s), coming out probably too hard and too aggressive was probably silly on my behalf. It was a brain snap but my plan was to go after him.

"I always say I will go down the way I want to go down, and that’s what happened but when I look back at it cost me a fair few runs."