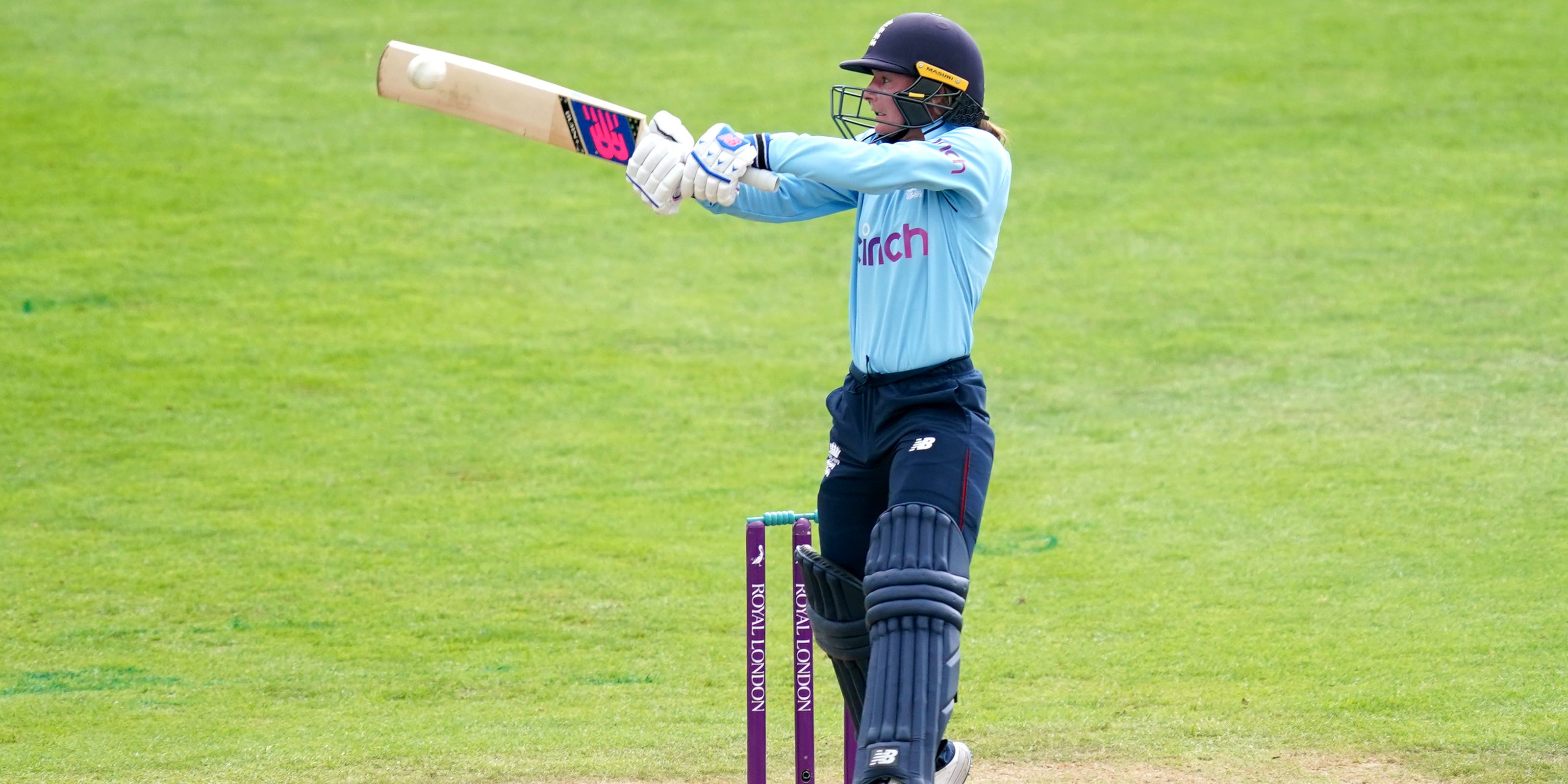 Danni Wyatt is determined to nail down a spot in England’s middle-order after starring on her 200th international appearance to help secure a 13-run win over New Zealand on the DLS method.

Wyatt hit an unbeaten 63 to steer the hosts to 197 all out, sharing a record 10th-wicket stand for England in one-day internationals with Tash Farrant before Charlie Dean took four wickets to move the hosts 2-0 up in the five-match series.

It was Wyatt’s first ODI since February and the 30-year-old was delighted to show what she can do in a new middle-order role.

“It is not down to me but all I want to do is keep scoring runs whenever I am out there in the middle,” said Wyatt, who came into the side with Katherine Brunt rested.

“I feel in good nick, I’ve changed a few things technically and hopefully it continues.

“I really am chuffed with how it went, I have been training well and speaking a lot with head coach Lisa Keightley about my game and my role in the team which is middle order now.

“I didn’t think too much, I just went out there and batted. I really back myself and Tash Farrant came out and batted really well, so it was good to get some runs and show everyone what I can do in the middle order.”

“It’s a special feeling to know that, but I try not to think about it too much and play as if it is any other game,” she added. “I still feel quite young and I can’t believe I have played 200 matches. It feels like yesterday when I made my debut.

“Hopefully I have made my family proud and hopefully there’s many more matches to come.”

Rain delayed play with New Zealand 111 for four in their chase and their was target adjusted to 183 – increasing their required run-rate with 72 needed from 18 overs.

Dean, 20, starred after the delay in just her second international match, finishing with four for 36 from her eight overs.

“It is a good option for Charlie on that wicket to bowl straight. Credit to Deano and to Heather (Knight, captain) for showing faith in Deano. She has bowled well throughout the season and she (Knight) backs her to take wickets for us. She definitely did us all proud today.”

New Zealand captain Sophie Devine was bitterly disappointed that the White Ferns were unable to chase down their target.

Devine said: “It hurts quite a bit actually. I thought we did exceptionally well to bowl them out for a sub-par total and not to finish the job with the bat was extremely disappointing.