Home Countries Australia ‘I have great confidence at the Gabba’

‘I have great confidence at the Gabba’ 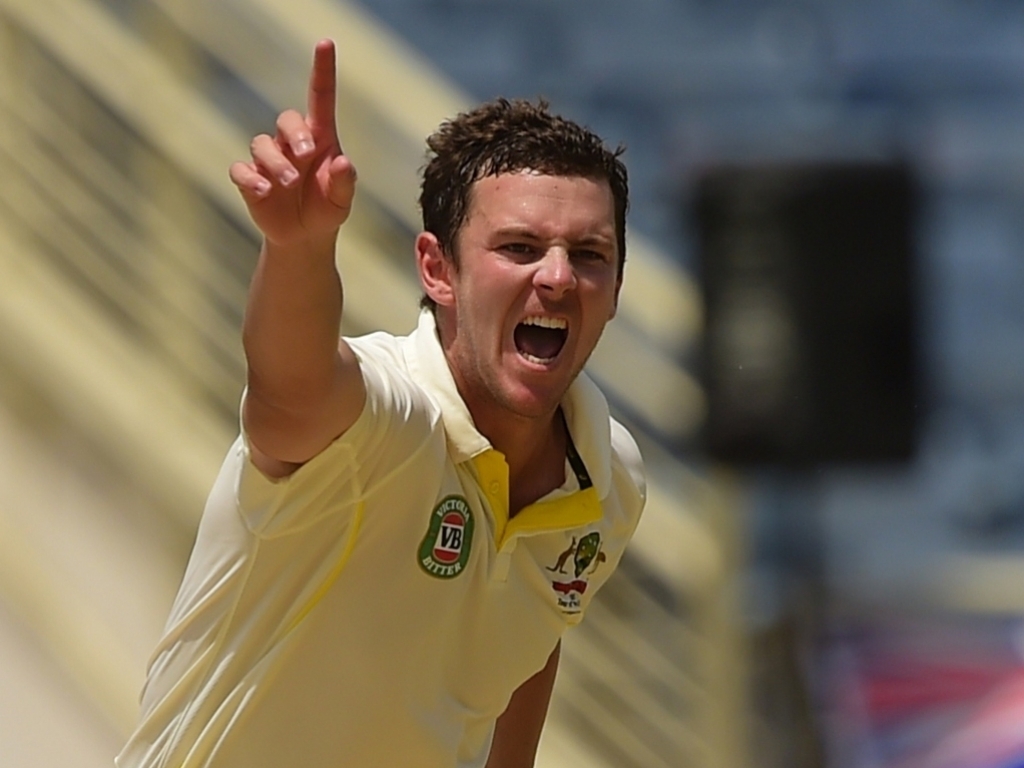 Australia seamer Josh Hazlewood is hoping his previous experience in Test cricket in Brisbane will count in his favour when the Aussie selectors decide who their bowling attack will be for the first Test against New Zealand.

Hazlewood made his Test debut at the Gabba, against India in December, and took five wickets in the first innings and finished with seven in the match.

The 24 year-old then played a key part as Australia won the World Cup while he also played in six straight Tests, including the first four of the failed Ashes campaign in England.

Hazlewood was dropped for his inconsistency for the final Ashes Test and was rested for the first part of the domestic season before making his comeback at the back end of the one-day cup and playing in the opening round of the four-day competition in Adelaide.

The right-arm bowler said: "I got better as the game went on last week in Adelaide. Started off not quite in rhythm but the longer the game went the better I felt, which is always a good sign.

"I did pretty well in the Matador Cup and even though it is one-day cricket I think any cricket leading into the season is good and the ball feels like it's coming out pretty well."

"I have great confidence at the Gabba and I think the conditions suit me pretty well. Hopefully it is not as hot as last year."

Hazlewood has so far picked up 40 wickets in nine Tests, which is an outstanding record, and Australia coach Darren Lehmann feels the criticism is maybe a bit unfair.

Lehmann said: "It's a catch-22 with Josh. Everyone's caning him for his Ashes performance. I think he got 16 wickets at 23. It wasn't that bad.

"There were times when he didn't control the ball as he would like, but he's a young kid and we forget about that half the time. He has come back fresh and ready to go. He started to have some niggles towards the back end [of the Ashes]."