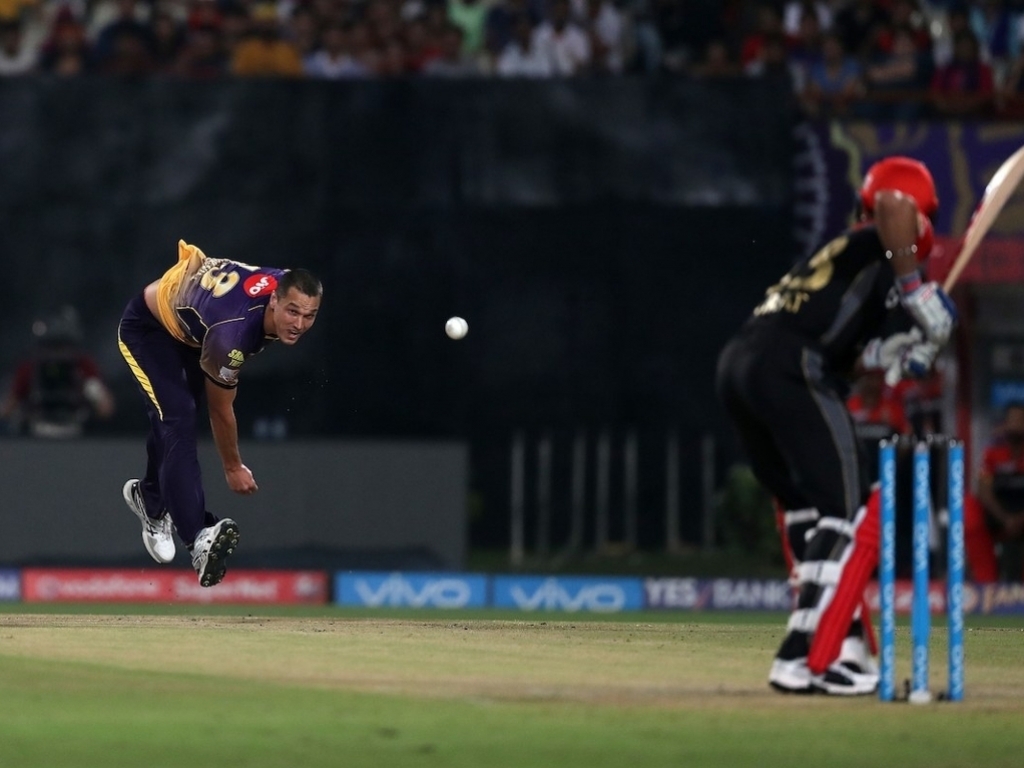 Coulter-Nile grabbed three early wickets including that of Virat Kohli and sparked a batting collapse that would see RCB record the lowest ever IPL total.

KKR had posted a modest total of 131 all out themselves struggling to make the most of a quick start generated by some vicious hitting by Sunil Narine.

The speed merchant told iplt20.com: “It was a hell of a win. When you are defending low totals like that, you have to do something special and the team produced that today.”

Coulter-Nile has had a great start to his IPL season picking up eight wickets in three games played.

The seamer was intent on bowling good balls and trying to keep things simple, he went on to say: “I didn’t tell myself anything. I just wanted to bowl good balls. They (RCB batsmen) are very good players and you just don’t want to go too ahead of yourself.

“It was just about bowling good balls, hoping there was a bit of something in the wicket in the second innings. We hoped they made a mistake, which they did.”

Coulter-Nile reckoned the pitch wasn’t that much of a seamers paradise having been caned for 41 runs in KKR’s match against the Gujarat Lions.

He said: “It was a tough wicket to bowl actually. If you went a little bit off, you got punished. I went for 41 the last time against Gujarat Lions. You just got to be right on the money. Sometimes you go for runs and sometimes you got the wickets. It was fun to play there.”

The fast bowler was happy to have bagged the scalps of Virat Kohli and AB de Villiers but contends that he doesn’t hunt big name wickets.

He quipped: ” I would have taken any three wickets as long as I was taking wickets. All the boys did that throughout the game and it doesn’t really matter who it is. I don’t have numbers or names in my head, but yes, pretty good players to have in the bag.”