‘I tell myself that my best is yet to come’ 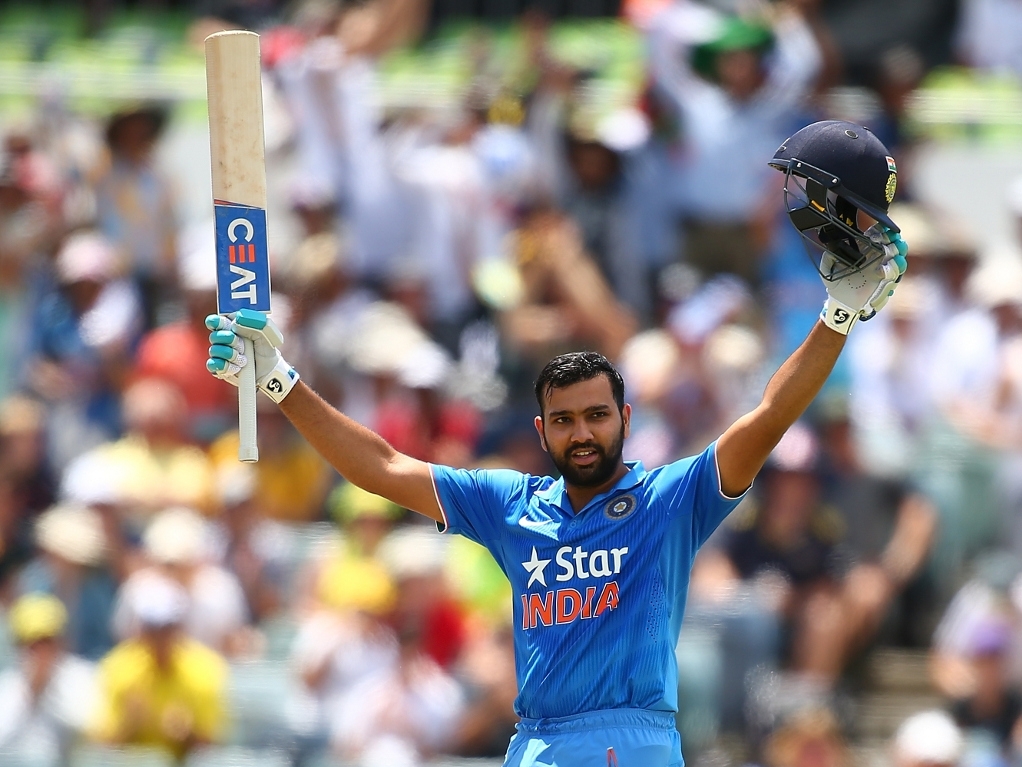 India ODI opener Rohit Sharma says that despite his blistering form in the recent series against Australia, where he scored 441 runs in five games, he has not yet hit his peak and reminds himself to stay focused.

Rohit scored centuries in vain in the first tow ODIs, and then made 99 in the fifth match that India won. They lost the series, but it was a high point for Rohit, though he says he's got plenty of runs in the bank.

The opener told PTI: "This is not the best. Whatever I achieve, I would always tell myself that my best is yet to come. I have scored 441 runs in the ODI series in Australia.

"In the next big series, my target will be to score more than 441 runs. If I am satisfied with my past achievements, I will never be able to set higher benchmarks.

"It is a fact that you need to get the basics right. The straight six over fast bowlers' head is a shot which I play with my batswing being the extension of my arm. It is about timing and position of the body negligible power element in it.

"But when MS Dhoni bats in the 45th over with the ball going soft, you need those wrists and brute power to clear ropes. That's why MS is special."

Rohit's partnership at the top with Shikhar Dhawan has been successful, averaging around 45, and people have compared them favourably to Sachin Tendulkar and Sourav Ganguly.

Rohit is pleased to be spoken of in the same breath as those two former players: "Comparisons with India's most successful opening pairing [Ganguly-Tendulkar] gives you immense satisfaction.

"Comparisons are a piece of joy. It would be great if me and Shikhar as an opening pair can achieve the success that these two accomplished in their illustrious careers.

"We are still not there but both of us would like to entertain the fans and win as many matches as they have won for India."