‘I would say Kohli is very similar to Clarke’ 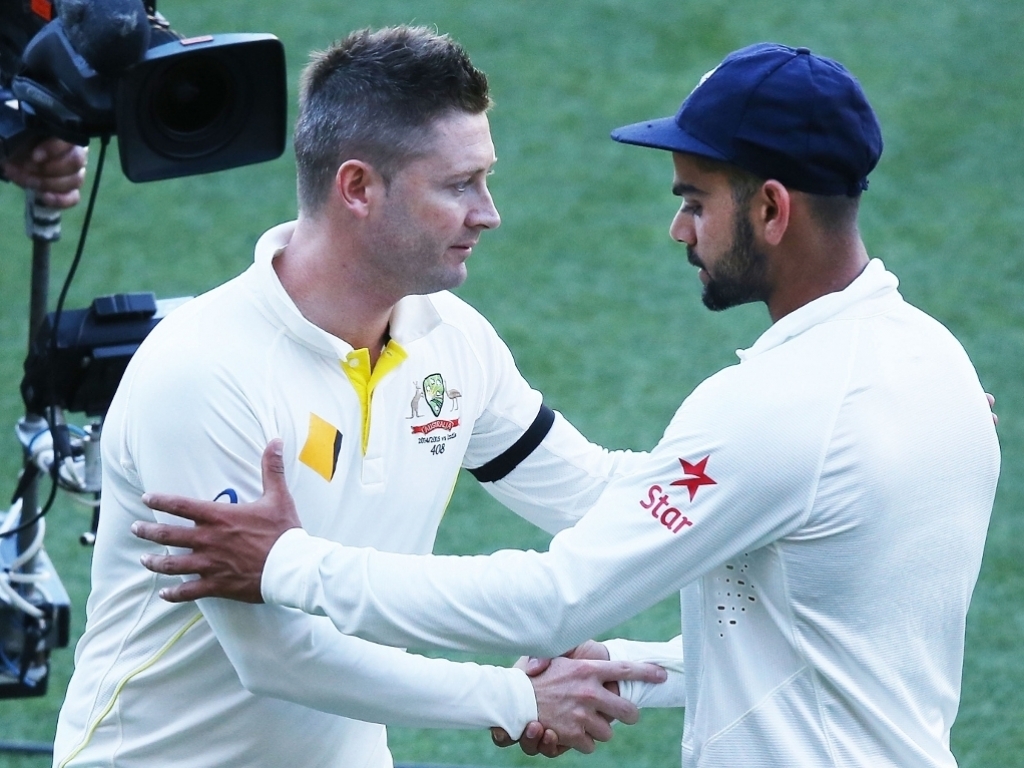 Clarke, who retired from international cricket after Australia lost the recent Ashes series in England, was a naturally attacking captain that always played to win, sometimes risking a loss to go for a victory.

Gilchrist, who played in 96 Tests for the Aussies, feels Kohli, who claimed his first win as Test captain against Sri Lanka on Monday, is just what India cricket need at the moment as the Asian side look to play as well overseas as they do at home.

A destructive batsman in his day, Gilchrist said: "I think his (Kohli) natural attacking style will help the team take on new frontiers (winning overseas and conquering final frontiers).

"He looks like the sort of guy who is prepared to take risks, certainly in his individual play.

"With time, he will learn more about his style of leadership – whether he is prepared to take the risks in winning or losing a match. He is a risk taker and I think that will make for positive cricket.

"I would say Kohli is very similar to Clarke. He (Clarke) was also a risk taker with regards to being prepared to lose even when there is a chance to win."