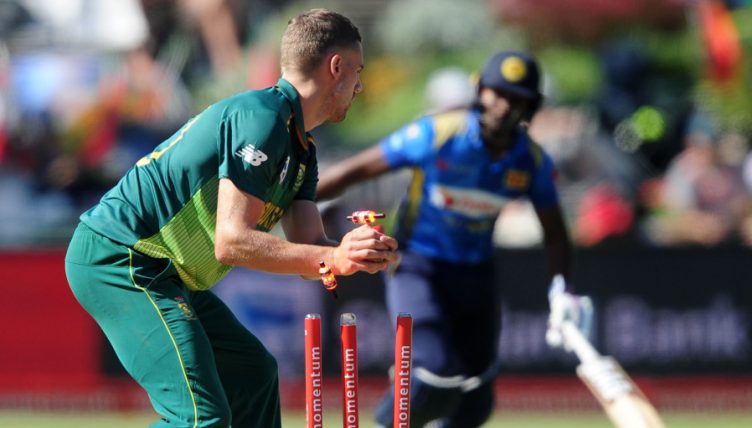 In a way, you’ve got to hand it to the ICC for even having the big brass balls to do April Fool banters given that their last attempt got so out of hand that we’re now only allowed 10 teams in the World Cup forever even though that is such an obviously sh*t idea.

But undeterred by saddling the sport’s biggest tournament with the worst possible format and crushing the hopes of those outside the exclusive club at the precise moment all their good work in other areas was starting to produce really exciting and tangible results, the ICC did some whimsy on their Twitter.

Most of it was the usual half-arsed, unfunny dreck one sighs and accepts on the day when everyone is a little bit Colin Hunt. But among the dreadful bits about commentators in the slips or replacing cricket terms with tennis ones for some reason there was one that is a genuinely good idea that cricket should adopt immediately.

After taking a catch, the fielding team will be permitted to complete a 'Double Wicket Play' by running out the other batsman ✌ pic.twitter.com/1XN6rAT9lD

“After taking a catch,” the ICC chortled, “The fielding team will be permitted to complete a ‘Double Wicket Play’ by running out the other batsman.”

Genuinely brilliant idea. Extend it to include running out both batsmen because run outs are already great and this can only improve them. Literally millions of reasons why this should exist and we’re genuinely ashamed of ourselves that we’ve already talked about nicking one rule from baseball but didn’t also mention this one.

The potential for comedy is obvious, and that alone is enough. But this would hasten the already insane improvement in general fielding standards. By definition, any such double play would be be at least two of spectacular, hilarious and game-changing. There’s also a better than even chance – especially in its early days – that the second batsman departs because of his own dozy-headed idiocy which will start a thousand earnest conversations about whether it’s in the spirit of cricket to take advantage of batsmen being f*cking idiots.

After an initial flurry as everyone adapts, we don’t reckon there would actually be all that many of these. But the possibility would always be enticing, and even failed attempts would provide entertainment. And successful ones – and even some near-misses – would produce great sharable #content to promote our sport to countries we’ve basically told to f*ck off out of it. If this isn’t adopted in The Hundred, then what really is the point of anything?

In short, there is no downside. We demand this change, and we demand it now.