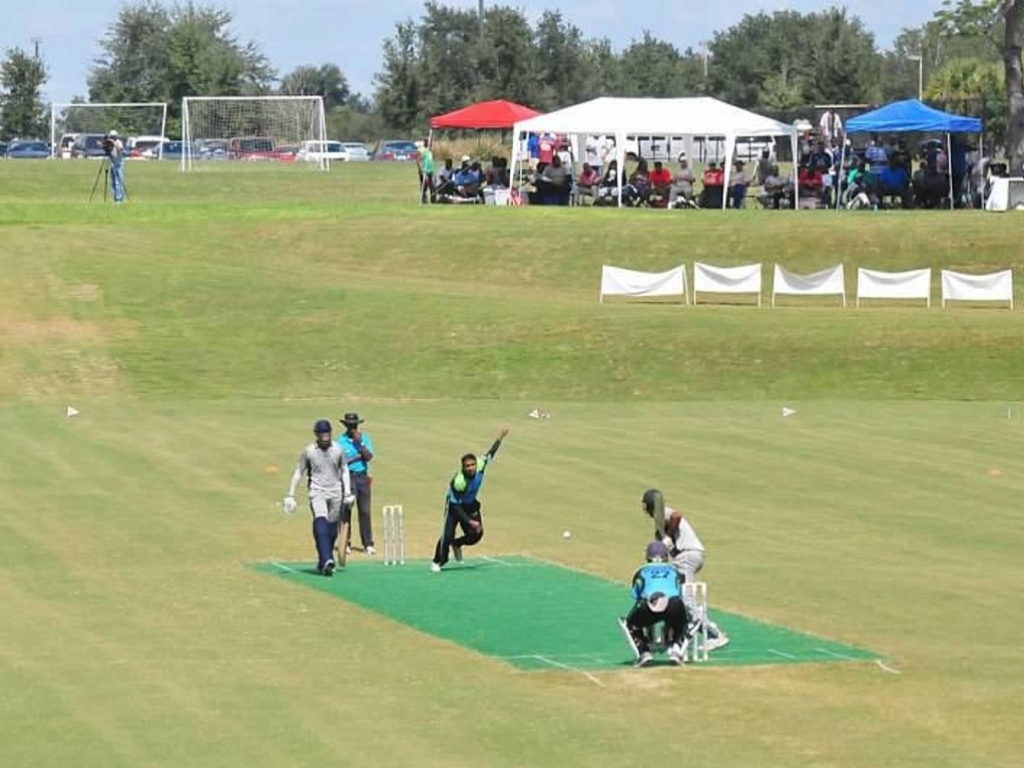 The ICC have highlighted the key principles of the proposed new constitution for the United States of America Cricket Association (USACA).

The document, which was unanimously approved by the ICC Board, is the result of an 18-month project driven by the ICC to create a governance model for cricket in the USA.

Aimed at unifying the currently fractured cricket community, facilitating USACA’s efforts to be reinstated as a member of the ICC and allowing the sport to flourish at all levels for the benefit of the whole sport in the U.S, the constitution has now been sent to USACA for adoption by its membership.

The constitution was developed by the Sustainable Foundation Advisory Group (SFAG) with input and support from the ICC, the U.S. Olympic Committee and other individuals with relevant experiences of sports governance models in the USA. Representatives of the USACA Board have also contributed to the development of the constitution, including in a meeting with the SFAG in Dallas in December.

The SFAG is a ten member panel recruited through an open process and reflecting stakeholders from across the diverse cricket community in the USA as well as individuals independent of cricket in the USA but with relevant sports governance experience. It was charged with developing key governance principles, grounded in best practices for non-profit sports organisations in the USA, and proposing a model that is capable of bringing each and every stakeholder together within one modern, effective and inclusive governance structure.

Highlights of the new constitution, include:

Supplemented by organizational membership that continues league engagement and involvement but also provides the opportunity for membership of USACA by all of the individual clubs across the USA.

The country will be divided into three Conferences further split into six geographic ‘Zones’ (East, Mid-Atlantic, South, South-West, West, Midwest) with programmes and services including unified and structured competitions, high performance camps and coach / umpire education being delivered in each Zone.

New Board composition that is diverse, inclusive, engages and is representative of the entire cricket community, complies with the requirements of the US Olympic Committee, and establishes a focus on independence. It will be made up of the following ten directors;

Two Player Directors: one female and one male – elected by the International Players who have represented the U.S. senior team in any event recognised or sanctioned by the ICC in the last ten years. This ensures the Board has female and male representation from those who have played the game at an elite level.

Three Independent Directors: at least one of whom must be female. They must be completely independent from any cricket governance or administration for at least the last three years. This ensures a balance of constituent and non-constituent Directors, reduces the risk of divisive politics within the Board and enables USACA to recruit skill sets and experiences that would not otherwise be represented on the Board.

Three Individual Directors: who will be elected by the entire Individual Membership (other than the International Players), thereby introducing the prospect of every Individual Member across the country having the right to directly influence who should represent them on the Board.

One Club Director: who will be elected by all registered and eligible clubs, thereby introducing the prospect of every Club across the country having the right to directly influence who should represent them on the Board.

One League Director: who will be elected by all registered and eligible leagues, thereby acknowledging the continuing need and importance of the Leagues as vital stakeholders in the structure moving forward, which is emphasised by the creation of a new Leagues Committee (reporting directly to the Board) which will contain representatives of the two biggest leagues in each of the six Zones across the country.

Independent Chair of the Board – for the first three years this post will be elected by the Board from one of the three Independent Directors. This role will play a key part in the unification of the sport and the SFAG felt strongly that independence for the first three years would depoliticise the role and signal a fresh start. The ICC Board unanimously supported this view noting that the USACA Board felt otherwise. It is proposed this restriction is lifted after three years.

Board Directors will have both term limits and staggered terms to ensure a good mix of fresh perspective and continuity of institutional knowledge.

The governance model includes a Nominating and Governance Committee who will be responsible for vetting all Board candidates and recruiting and recommending the three Independent Directors for appointment by the Board.

There will be an Annual General Meeting where all members of USACA will be invited to participate to both learn about the direction of the organization and to provide input and feedback to the USACA Board of Directors and staff.

Engagement in the governance of USACA by a wider group of individuals in the cricket community will be undertaken via five additional Standing Committees including; Cricket, Leagues, Finance and Commercial, Ethics, Grievance and Disciplinary and Audit, each of which would have a significant level of representation by players.

In the event that the constitution is approved by USACA, it also contains within it a detailed process and timeframe by which the transitionary measures would be implemented. This includes

The development of an individual membership database

The appointment of an initial Nominating & Governance Committee

The composition of the full Board, including the Independent Directors and the elected Chair, being completed at the first Initial Board meeting scheduled to take place on or around 20 October 2017.

Eric Parthen, USA Project Manager for the ICC said the constitution is now representative of the entire sport: “This constitution has been driven by the SFAG with the clear goal of developing a governance model that can unify the sport across the U.S. and provide a platform for cricket to grow and flourish at every level and for the benefit of all stakeholders in the USA.

“We have studied best practices for non-profit sports organisations in the U.S. looking in particular at the U.S Olympic National Governing Bodies and have applied those principles to a model that works for cricket. The result is, I believe, the best opportunity for cricket in the USA the sport has ever had, and it is pleasing to have that assessment endorsed unanimously by the ICC Board.

“By unifying a diverse group of stakeholders under a single umbrella, we are collectively much stronger and in a better position to grow the game. I would like to thank everyone who has given their time to this project and I now urge USACA members to adopt the constitution so the sport in the USA can collectively move forward and seize the moment.”

The ICC Board, under the leadership of Chairman Shashank Manohar and supported by West Indies Cricket Board President Dave Cameron and Imran Khwaja, ICC Chairman of Associates, has been an integral part of the process to engage the whole community including USACA. The group recognise the importance to the growth and development of world cricket of a truly unified and sustainable governance structure for cricket in the USA. As such they travelled to the USA in October 2016 to meet with both the SFAG and the USACA Board, and the ICC Board has received detailed presentations on progress made in this respect over many months.

Most recently, the ICC Board unanimously agreed to send the proposed constitution to USACA for it to put to its membership for adoption on or before 1 April 2017. USACA’s membership of the ICC remains suspended until then, and if it fails to adopt the constitution as proposed, the ICC Board has agreed to consider at its April Board meeting whether to propose a motion to expel USACA as a member of the ICC.