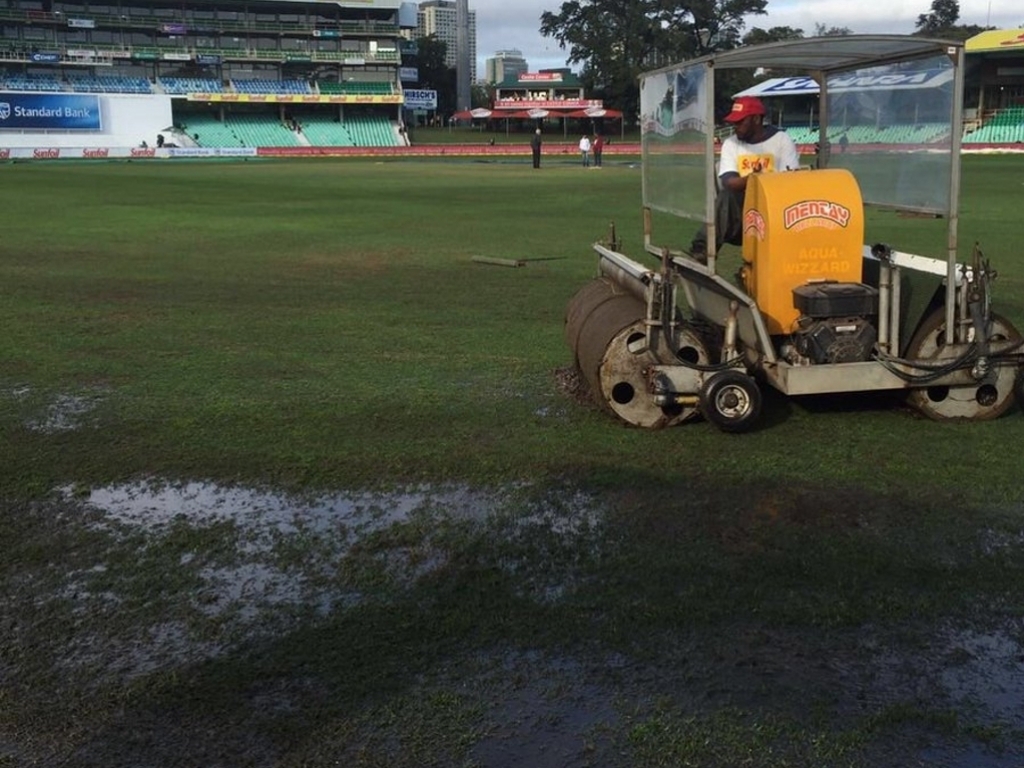 The ICC have handed official warnings to Kingsmead in Durban and the Queen’s Park Oval in Port of Spain under the pitch and outfield monitoring process.

Both grounds hosted heavily abbreviated Test matches due in large part to the poor state of both outfields.

The match referees for both matches, Andy Pycroft and Ranjan Madugalle, gave the outfields a rating of poor in their official reports.

The venues could have received a fine of up to US $15,000 but both grounds have escaped monetary sanction due to the lack of previous problems at the venues.

An ICC release said: “The sanctions take into account Durban and Port of Spain venues’ history of producing good conditions for international cricket and commitment by both the boards to take appropriate steps to ensure similar events are not repeated in future.”

Kingsmead lost 11 out of a possible 15 sessions to the wet outfield, despite the weather being warm and bright throughout the last three days, and the issues in Port of Spain were very similar, only 22 overs were bowled and rainfall was minimal but the outfield failed to dry, leaving it unsafe to play on.