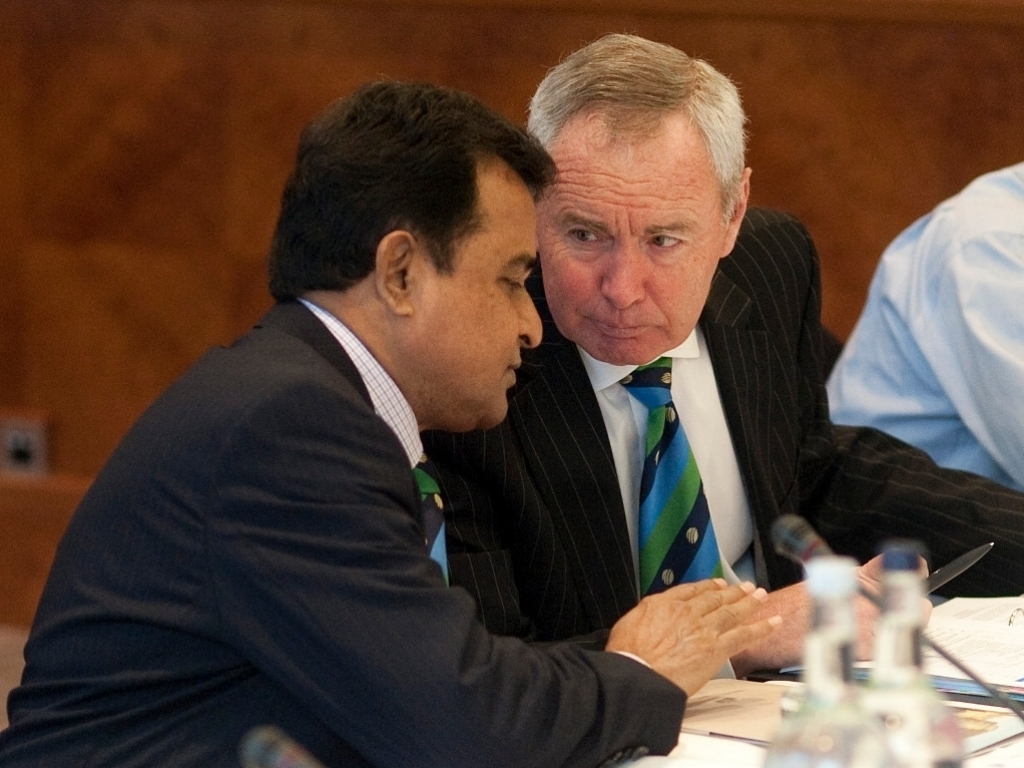 ICC president Mustafa Kamal has quit his post in protest against the fact that he was not allowed to present the World Cup trophy to the Australia team on Sunday, the news coming on April Fool's Day but no joke.

The Bangladeshi was in the role as of 2014, where the ICC rules say his role is that of a figurehead, and it specifically says one of his jobs is to present trophies at events. But N Srinivasan, the ICC chief, did the job instead.

Mustafa told reporters on Wednesday in Dhaka: "I resign right at this moment. I am no longer ICC president.

"The main reason for my resignation is that I can't work with those who can act unconstitutionally and unlawfully."

Kamal stormed off during the trophy presentation, and said afterwards: "I was supposed to give the trophy today. It is my constitutional right.

"But very unfortunately, I wasn't allowed to do so. My rights were dishonoured. After I go back home, I will let the whole world know what's happening in ICC.

"I will let the whole world know about those guys who are doing these mischievous things."

The ICC rules, drawn up when the Big Three (India, Australia, England) took power, says of the president's role:

"With effect from the 2014 Conference Close Date, the President shall act solely as chairman at Conference and Special Meetings and be responsible for presenting trophies at global competitions and cricket events held under the aegis of the Council.

"For the avoidance of doubt, with effect from the 2014 Conference Close Date, the President will no longer act as chairman of the Executive Board or as chairman of any Committee or Sub-Committee."