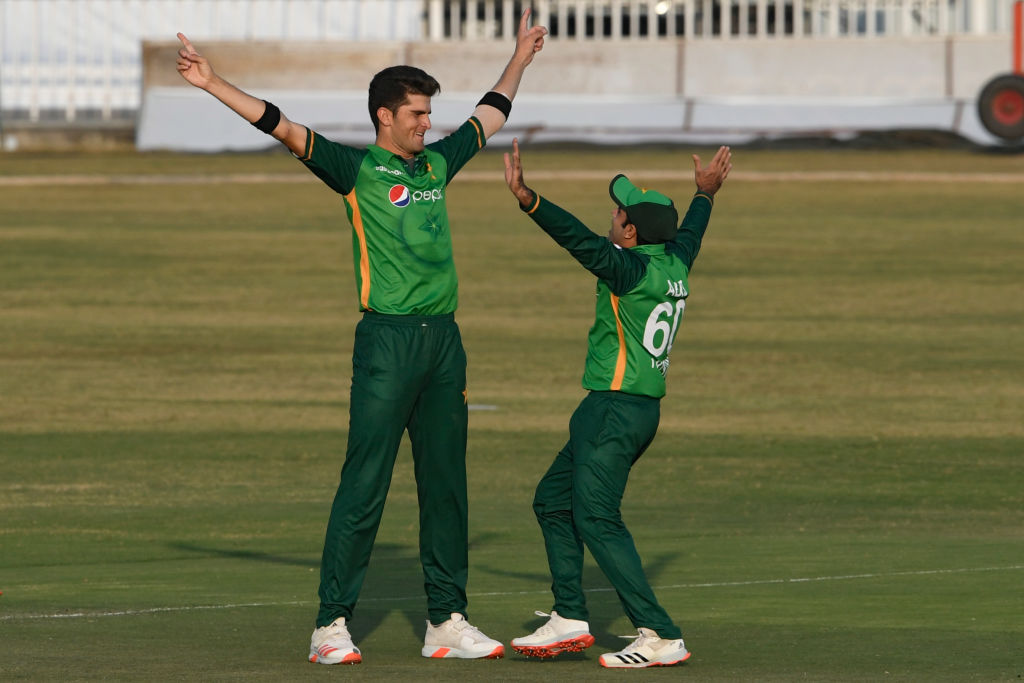 Pakistan fast bowler Shaheen Afridi has achieved a career-best 16th position in the ICC ODI Rankings after a stand-out performance in their Cricket World Cup Super League series against Zimbabwe that they won 2-1.

Shaheen, who shot into international prominence in the Under 19 World Cup 2018, has gained eight places to move into the top 20 for the first time in his career with a match-winning haul of 5/49 in the opening ODI of the series.

Wahab Riaz, also a left-arm fast bowler like Shaheen, is another one to gain in the latest rankings update. He has moved up six places to 60th position, grabbing five wickets in two matches, including a haul of 4/41 in the second match of the series.

In the batting rankings, all-rounder Imad Wasim has gained three spots to reach 49th position even as captain Babar Azam has bridged the gap a little with the Indian pair of captain Virat Kohli and Rohit Sharma. Babar’s 221 runs, which include a knock of 125 in the third match, see him gain eight points though he remains in third position.

For Zimbabwe, Brendan Taylor and Sean Williams have advanced among batters after slamming fine centuries in the series. Taylor has progressed nine slots to 42nd position after scoring 204 runs including a knock of 112 in the first match. Williams has advanced 12 places to 46th position with 197 runs including an unbeaten 118 in the final match. Among bowlers, Sikandar Raza has moved up to 66th place and Donald Tiripano to 90th.

Meanwhile, Zimbabwe’s Super Over win in the final ODI has helped them gain 10 points while Pakistan got 20 points, remaining ahead of Australia on net run rate. England lead with 30 points after playing two series of the Super League, introduced to bring context to ODI cricket and to decide the seven direct qualifiers for the ICC Men’s Cricket World Cup 2023 along with hosts India.