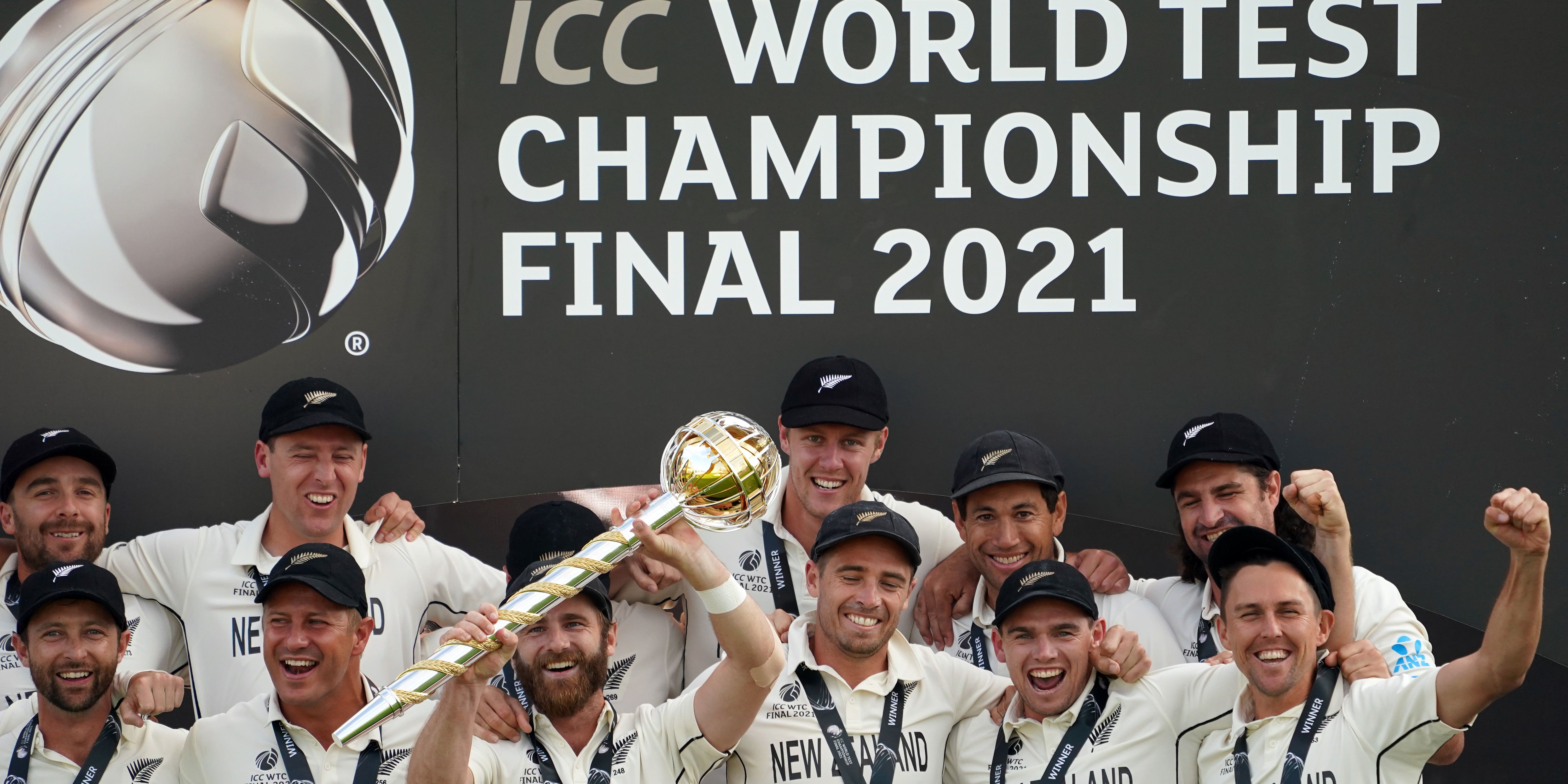 The International Cricket Council has announced a new points system for the second World Test Championship, which starts next month.

New Zealand were crowned the first Test world champions after a thrilling eight-wicket win against India in last month’s final in Southampton.

The ICC said: “The International Cricket Council has confirmed the points system for the second edition of the ICC World Test Championship (WTC) as well as the bilateral series that will be part of the 2021-23 cycle commencing next month.

ICC acting chief executive Geoff Allardice said the changes had been made to simplify the points system following the disruption caused by the coronavirus pandemic.

Allardice said: “We received feedback that the previous points system needed to be simplified. The Cricket Committee took this into consideration when proposing a new, standardised points system for each match.

“It maintained the principle of ensuring that all matches in a WTC series count towards a team’s standing, while accommodating series varying in length between two Tests and five Tests.

“During the pandemic we had to change to ranking teams on the points table using the percentage of available points won by each team, since all series could not be completed.

“This helped us determine the finalists and we were able to complete the championship within the scheduled time-frame.

“This method also allowed us to compare the relative performance of teams at any time, regardless of how many matches they had played.”

Nine teams will once again play six series each – three home and three away – the same as the inaugural WTC, with the cut-off date being March 31, 2023.

The second WTC will begin with England’s home series against India, which starts at Trent Bridge on August 4.

England captain Joe Root said: “(It’s) an interesting challenge straight away. India are a fine all-round side and it would be good to test them in our home conditions.

“Test cricket is a format we all want to excel in and, with points at stake for each match, everyone has to be at their best all the time.”