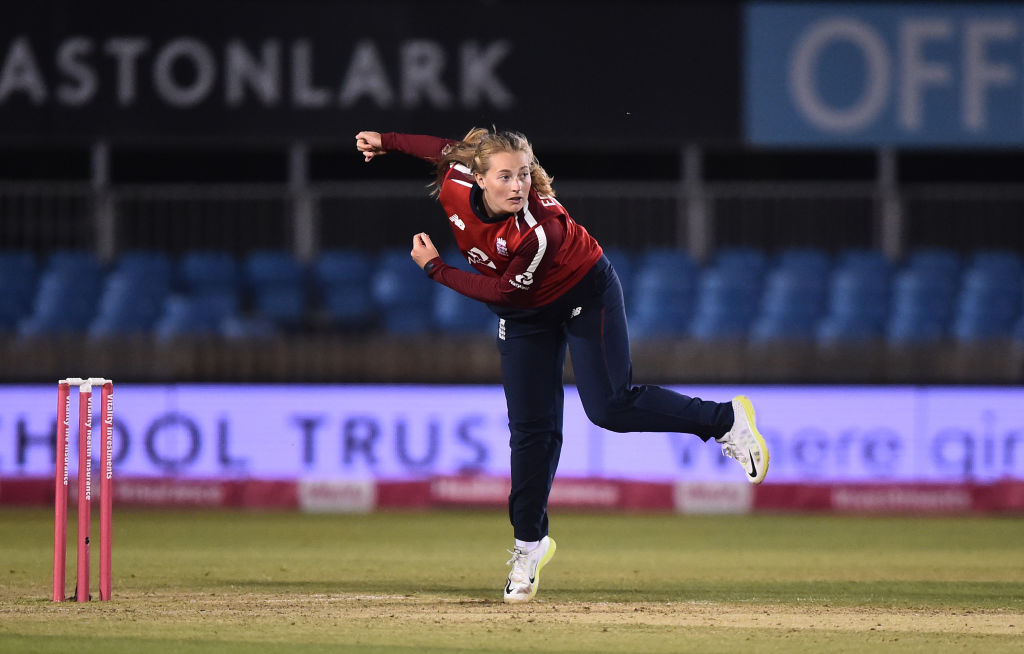 England Left-arm spinner Sophie Ecclestone remains the number one bowler on the ICC Women’s T20 Rankings after the series victory over the West Indies.

Ecclestone claimed six wickets in the five-match series against the West Indies which ensured the team jammed some cricket into a disrupted summer.

Natalie Sciver remains the only Englishwoman in the top 10 of the batting rankings and is now second on the allrounders list.

Tammy Beaumont moved up three places to 24th and Amy Jones up four places to 25th after they contributed more than 100 runs each in their side’s 5-0 defeat of former T20 World champions West Indies.

West Indies opener Deandra Dottin advanced five places to reach 15th position after amassing 185 runs in the series including two fifties. Skipper Stafanie Taylor also gained four slots to reach 52nd on the bowling rankings while she remains the leading batter from her side holding on to eighth position. The Windies skipper has also moved up to joint-fourth among allrounders.

Australia allrounder Ashleigh Gardner and captain Meg Lanning have advanced in the rankings after finishing as the leading run-scorers in their three-match home series against New Zealand that they won 2-1.

Lanning, who has been top-ranked in both ODIs and T20Is in the past, has advanced one spot to take fifth position after aggregating 71 runs, the second-highest in the series.

Gardner’s 90 runs, which came in only two innings, won her the player of the series award and lifted her seven places to a career best-equalling 18th position on the batting rankings.

Devine has gained eight slots on the bowling rankings to reach 26th position, albeit a long away from her career-best fifth position attained ten years ago.

Amy Satterthwaite has reentered the rankings in 35th position after finishing as the highest scorer from her side with 69 runs.

Satterthwaite was on maternity leave for 18 months, during which she missed this year’s T20 World Cup in Australia.

Amelia Kerr, player of the match on Wednesday, retains fourth position among bowlers.

The latest rankings update also sees the German batting pair of Christina Gough (up 146 places to 69th) and Janet Ronalds (up 115 places to joint-82nd) move up after their side defeated Austria 5-0.

In the T20I Team Rankings, Australia, England and New Zealand retain the top three positions with the West Indies in sixth place.