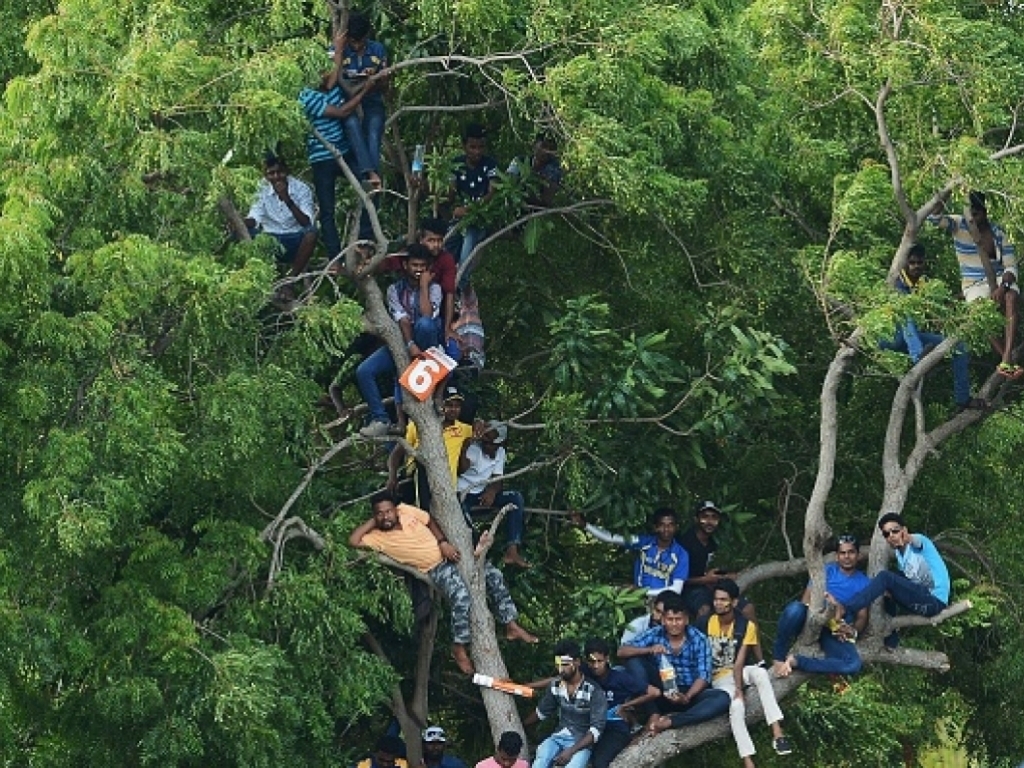 A group of angry Sri Lanka supporters held up the team bus and showed their displeasure after a heavy defeat to India in the first game of the five-match ODI series in Dambulla on Sunday.

The home team continued their poor form on the pitch as they slumped to a nine-wicket loss against India who also won the Test series three-nil.

The fans blocked the team bus from leaving the stadium with the crowd having to be dispersed by the police, delaying the Sri Lanka team’s departure by more than half an hour.

The unrest comes after months of mediocre results from the Asian side on the on the field, with the 1996 World Champions declining rapidly down the ranking in all formats.

ODI captain Upul Tharanga made a passionate plea to the fans before the ODI series against India started, saying in a board release: “The support of our fans plays a big role in the morale of the team.

“We play for our country and our goal is to bring pride to our family of 20 million in this nation – so your support is something that matters greatly to us … trust in us, and stick with us, so that you can be our strength as we rise again like lions.”

Sri Lanka legend Kumar Sangakkara, who is currently playing in the Caribbean Premier League, took to social media asking the fans to stick with the team through the good and bad times.

Sangakkara said in a video posted on his facebook page: “When we won, you celebrated with us, and when we lost, you grieved alongside us.

“When the team was struggling – when we were most in need – your love and support was our strength.

“Now, what our cricketers need is that same, love, support, patience and effort. Let’s hope for the team’s victory, and support them as one.”