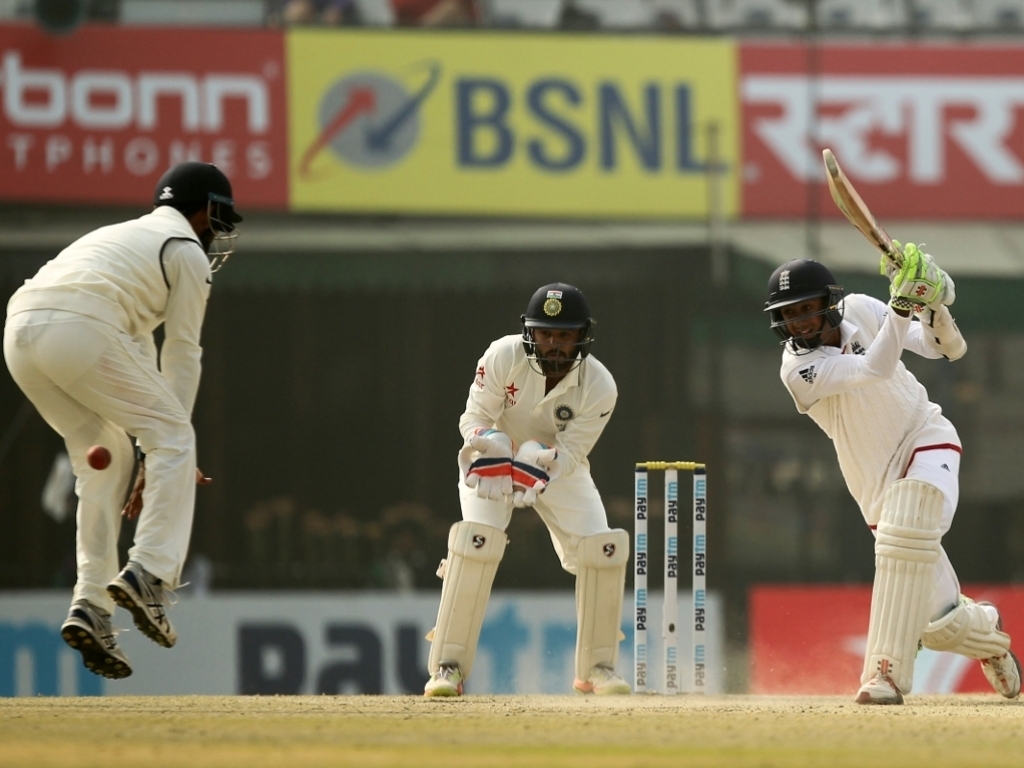 It’s hard to tell which cricketers are going to succeed. Batsmen in particular. Because of the intense nature of the sport, action focused into short bursts surrounded by moments of relative idleness, good days can look better but bad days look worse.

A very capable player can look brutally exposed if just a couple of things aren’t right. First impressions are pretty big, too, if unreliable. There will be England fans who still half think of Hashim Amla as a walking wicket, because that’s what he was in the 2004/5 series in South Africa, early in his career.

Equally Jason Krejza took 12 wickets on debut for Australia, then only played one more Test.
Even taking all that into consideration, Haseeb Hameed looks, for want of a more elegant word, proper.

Certain batsmen immediately look at home in Test matches, like Alastair Cook, Jonathan Trott, Joe Root: as soon as you saw them play, you knew they would be around for a long old time. Hameed falls into that category.

And yet, the stripling from Bolton, born in 1997 (nineteen ninety seven!), will go home with a broken finger, six innings under his belt and four relatively disappointing scores. 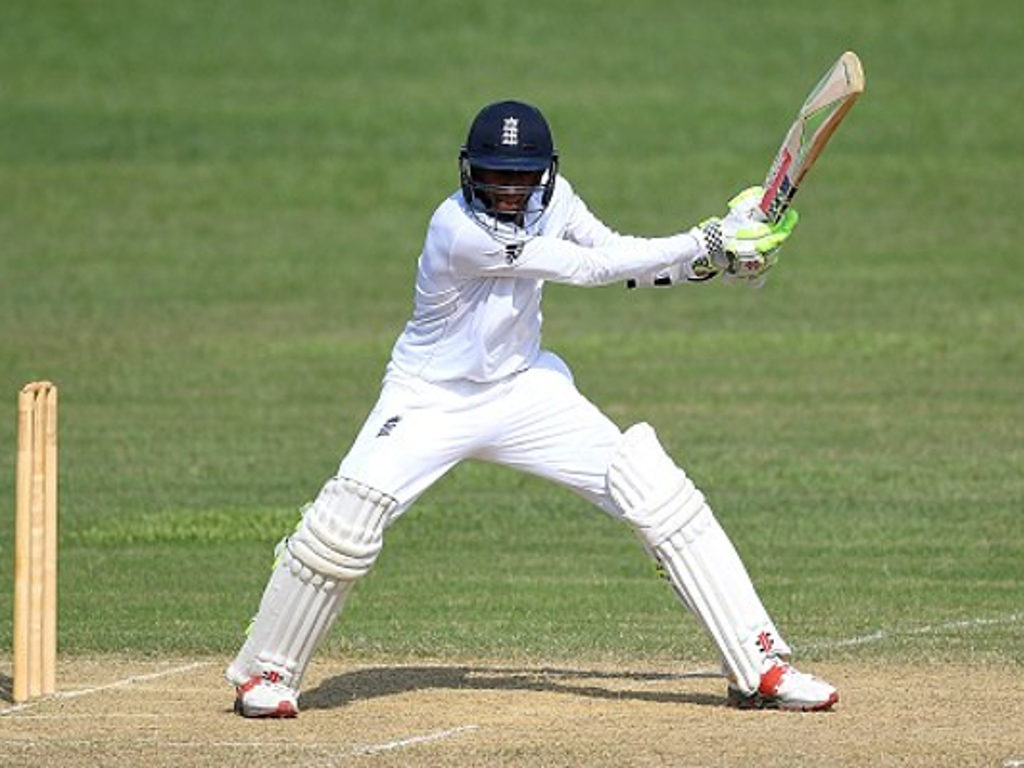 On paper, that looks like a fairly ordinary (to use that most dismissive and offensive of Australian cuss words) start to a career.

But the great thing about cricket is that, while stats are useful and often joyous, it can be more about feel than anything else.

Hameed feels like a Test cricketer, and from everything his teammates, coaches and opponents have been saying, it isn’t merely those of us watching from thousands of miles away that think the same.

It’s not just the eye that makes you think Hameed will be around for a while. With the broken finger that has ultimately curtailed his tour (though he insisted he wanted to stay in India) hampering him for the second innings of the third Test, Hameed showed some old-school gumption in batting when England needed him to, but more importantly was smart with it.

Over the course of a few nets, he actually figured out a new way of batting, altering his grip slightly so that the impaired digit wouldn’t rest on the bat handle and receive any further damage.

The combination of clear-thinking, a practical and methodical manner and a blind stubbornness not to be beaten by something as trivial as a broken bone, only say good things about his potential.

Most of us want to hide under the duvet for a week if our wifi runs slowly. This kid, 19-years-old but with such a baby face and skinny limbs that he looks like he’s wearing hand-me-down kit two years too early, re-thought the way he did his job, then played the best team in the world, away.

And still outscored everyone but Joe Root, the best player in the team. Impressive.

Trevor Bayliss said after the match: “I think there’s a lot of guys in the team who are in awe of what he’s been through.”

Three of England’s top-12 caps winners are in this squad. The other players in the touring party have 626 Tests between them. And they’re in awe of him. Again, impressive.

After the third Test, Virat Kohli sought Hameed out for a chat. The photo of the two of them chatting, Hameed with that glassy-eyed grin of a kid meeting his hero, was adorable, and looked like the only time he was overawed since the start of the tour. 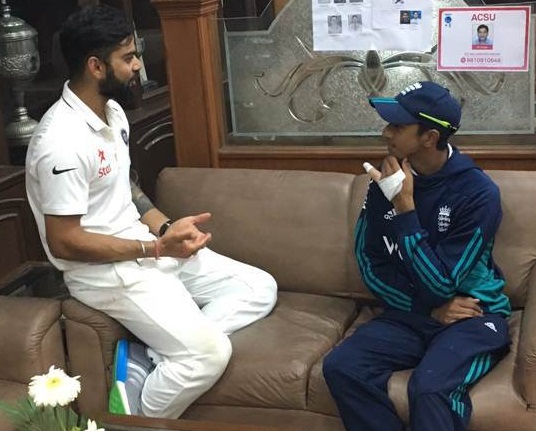 Kohli said: “You can sense it as a captain, this guy is intelligent.

“I think he’s a great prospect for England and he’s definitely going to be a star in all forms if he keeps persisting with his skill. That’s why I patted him on the back: it was an innings of character and something you need to applaud.”

Comparisons are a tricky business at the best of times, but particularly when they tip over into ‘the new…’ category. Every England all-rounder post-1992 was the new Botham, any Australian leg-spinner will be the new Warne.

Hameed was dubbed the ‘Baby Boycott’ because of his patience and stout defence. Of course, watching him for a few days dismissed the notion that, just because a player knows his way around a forward prop, he should be declared uber-defensive. You would not have caught Boycott, for example, lashing a slog-sweep in front of square with his team in trouble, as Hameed did on the last day in Mohali. 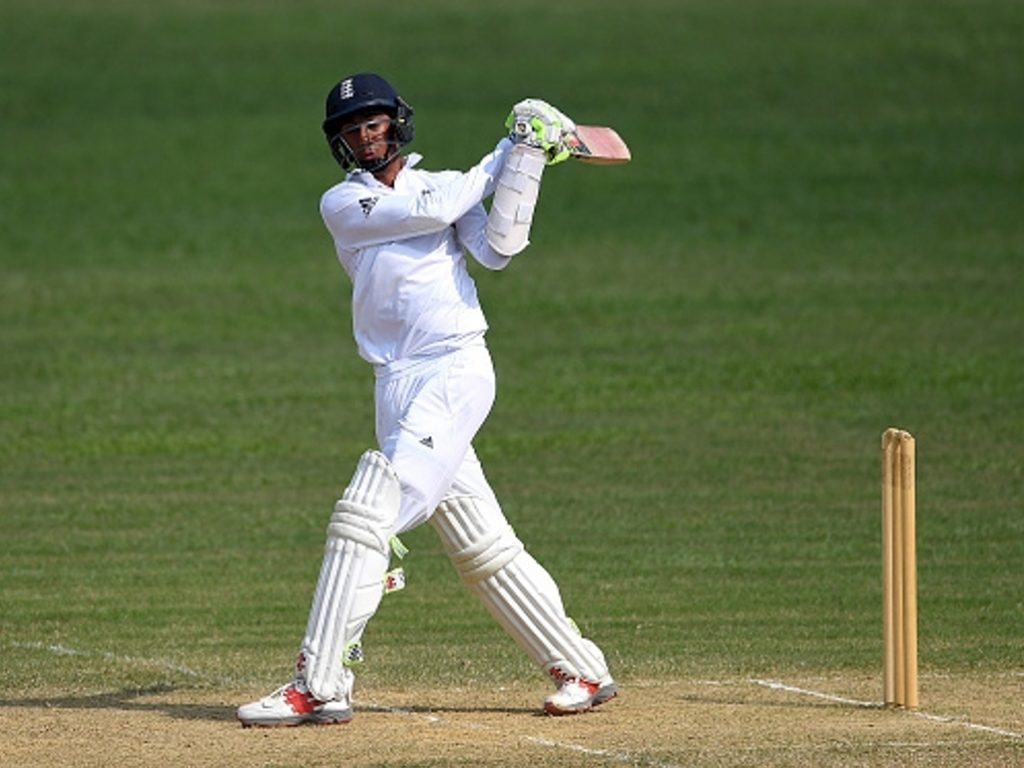 Hameed seems less of a defensive player, more a pragmatic one. When a wall is required, he has already shown he can hunker down with the stodgiest imaginable, but he has plenty of shots too.

If nothing else, it’s fairly daft to think that a cricketer can survive in 2016 without the ability to plonk the odd one in the stands.

In that respect a more apposite comparison, if we must make comparisons, could be Misbah-ul-Haq, a batsman who will quite happily score ten from his first 50 balls and 100 from the next.

At this stage it feels like we’re obliged to strike a note of caution, to warn against excessively hyping a whispy kid barely a season into his career, lest it get too much for him. But the great thing is, you suspect Hameed can deal with the hype, and fairly easily.