In praise of England’s Grinning Assassin 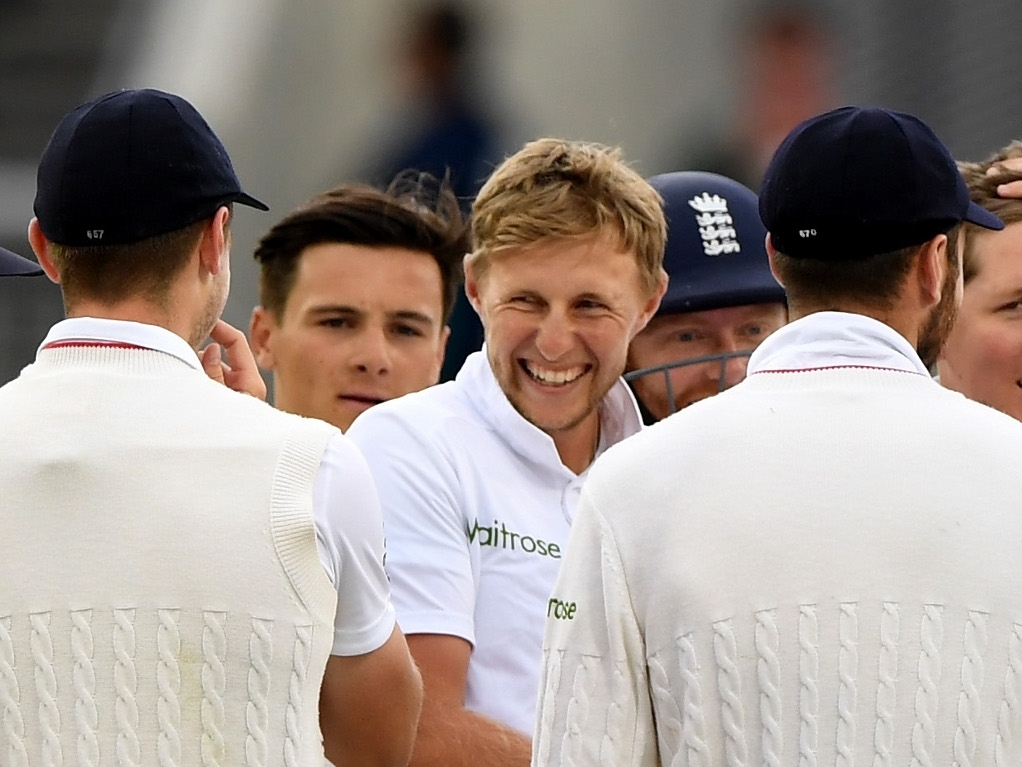 England went into the second Test on the back of a chastening defeat. They had been totally exposed against Yasir Shah’s leg spin at Lord’s and while they pushed Pakistan close they were never really in the hunt for the win.

With the game at Old Trafford getting underway just three days later, they needed to turn things around fast or face going 2-0 down and therefore losing out of their chance of winning the only bilateral series trophy that they do not currently hold.

It was five years and seven Tests since England last beat Pakistan in Test cricket, and on all seven of those previous occasions Pakistan batted first, allowing their spinners to bowl on a used pitch.

Here, Cook won the toss and elected to bat. When Alex Hales fell to the bowling of Mohammad Amir it could have gone the way it did at Lord’s in England’s first innings. But Cook and Joe Root had other ideas.

Cook made an excellent 105, his 29th Test hundred drawing him level with Sir Don Bradman, but the really impressive performance was Joe Root – England’s grinning assassin.

Before you even mention the batting, it is worth talking about the way Root plays the game. He just looks delighted to be there, his impish smile ever present as he lives out his dream.

All too often professional sportsman have a curmudgeonly air about them, seeming to forget that they are literally living out their childhood ambitions. Joe doesn’t.

Then there was this innings. His 254 runs against a very good Pakistan attack that had bowled his whole team out for less than that in the previous Test. He took a guard outside off stump and put the drive away.

He decided that he would look to play Yasir straight rather than looking to hoick across the line. It took Root three days to learn from his mistakes at Lord’s. He then put together an innings that is the rival of any that we have seen in this country this century.

Perhaps only Kevin Pietersen’s 'fuck you' hundred at Headingley against South Africa in 2012 comes close, but this Root effort was far more measured.

Some wanted to say that this was a flat pitch, but that seems faintly ridiculous when you consider that Pakistan were bowled out for 198 in their first innings. This was just a truly world class batsman that is at the top of his game.

Root is still just 25, but his achievements in Test cricket are already fantastic. He has now played 44 Tests, a sizeable sample from which to be judged, and he has an average of 56.15. He has played seven Test nations, with only Bangladesh and Zimbabwe missing, and he has made at least one hundred against all of them.

His record at home is better than his achievements overseas, but the contrast is not as stark as with some batsmen. His home average is 61, his away average is 46. That is world class by every definition.

The time has come to start discussing just how far Root can go. He is the first English born all-format cricketer, excelling in ODIs and T20s as well as Tests, and it is difficult to think of anyone who has played for England in the last 40 years that is as complete a batsman.

For all of his fine work for England, Pietersen was never as rounded a player as Root.

Maybe David Gower, maybe Graham Gooch, but Root is going to fly past their records. He will end up with more runs, more hundreds and a better average either of those men.

The only thing that will prevent Root attaining greatness for England will be injury but even if he finished his career tomorrow his record would stand the test of time. We need to be getting excited about what he can go on to achieve.

This was a chastening defeat for Pakistan, they will need to find a way to bounce back from it quickly if they are going to stay in this series at Edgbaston. It is very important to remember that Pakistan are the third best team in the world for a reason. They brilliantly beat England one Test ago and this is their first defeat to England in five years. But they have some issues.

Their top order continues to look preposterously weak. Shan Masood has looked more out his depth than a non-swimmer in the deep end. He has now played six innings against James Anderson and been dismissed six times having made just 15 runs against him. There is little to suggest that when Anderson faces him again there won’t be the same result.

Younis Khan is looking a shadow of his former self. For some reason he is leaping in the air every time the ball is bowled, like a firewalker who is yet to develop calloused feet. He has made some runs but they have been ugly and awkward. If Pakistan are going to win this series they need him to find a way to sort out his technical issues.

England are in a similar situation, but with their middle order. James Vince failed again, in the same way he has failed over and over again since he made his debut – by playing an expansive drive outside the off stump that is caught in the slips. The injury to Ben Stokes that may see him miss the next Test may give Vince one more game.

Gary Ballance has still not cemented his place in the team since his recall, but he may well be persevered with longer than Vince who is not so much in the last chance saloon as being thrown out of the joint at last orders. Even Alex Hales remains under some pressure to prove himself.

These are two brilliantly flawed teams who as a result will give as some more entertaining cricket. You just feel that both teams have a 150 all out on a flat pitch in them, and that always makes for fun watching.