Home Countries India India are prepared for any wicket

India are prepared for any wicket 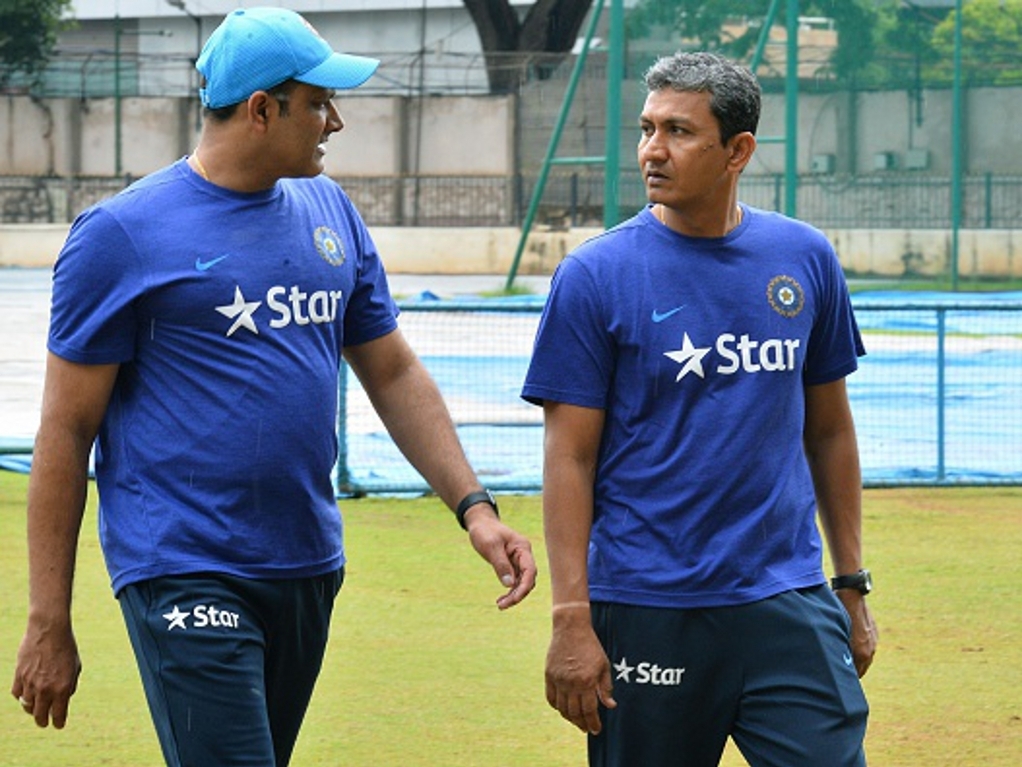 India batting coach, Sanjay Bangar, believes his team are ready to take on the West Indies regardless of the type of wicket prepared for the first Test.

The pitch at the Sir Vivian Richards Stadium is currently sporting a bit of a green top but exactly how green it will be on match day will be up to the ground staff.

Bangar is confident in India's preparation though, saying: "We are seeing some grass cover on the pitch now and we won't be surprised if there is some grass left on the pitch when the match begins. But how much of it remains on surface remains to be seen.

"We have also prepared keeping in mind that some grassy wickets slow down as the game progresses. So, we are aware of that and have prepared accordingly,

"We have had very good preparation, both in the camp in Bangalore and in the last two practice matches in St. Kitts. I don't remember the last time we had got so much time to prepare for a Test series in the past 2-3 years.

"We have prepared for different conditions and situations that we can encounter in a match, and we have discussed our plans and execution. We have tried to work out all angles possible and the time we have had has been very useful in terms of preparation as well as team bonding."

Reports coming out of the Caribbean allege that the wicket is mostly brown with patches of green and it looks likely to favour spinners.

The batting coach doesn't place much stock in batsman having weaknesses against any particular type of bowling, saying: "If a good delivery gets you out, it does not matter whether it is from a spinner or a seamer.

"We need to accept that and worry about the quality of the delivery instead, whether the ball was a wicket-taking delivery or not.

"That is something we have discussed. I don't find an inherent weakness against either spin or seamers for any particular batsmen. It is more to do with the kind of deliveries they get,"

India have focused on patience, and rotating the strike in their preparation: "During the camp and in practice matches, we said that if you bat two sessions, you can return. Or, if it was a two-day game if you are happy with the way you have coped and happy with yourself mentally, the batsmen were free to come back.

"And in the nets we generally work a lot on communication and emphasis on strike rotation. That is why we were batting in pairs and making sure we are changing every four or five balls, rotating the strike. So, those are the things we work on during the practice sessions."

Bangar would not be drawn on what the make-up of the team would be, saying that decision would be made by Anil Kumble and Virat Kohli: "I think that (playing an extra bowler) is something the coach and the captain will address and they will have discussions with the selectors who are available here on tour.

"I believe they will be taking the decision and in due time it will be communicated to the team and everyone else."