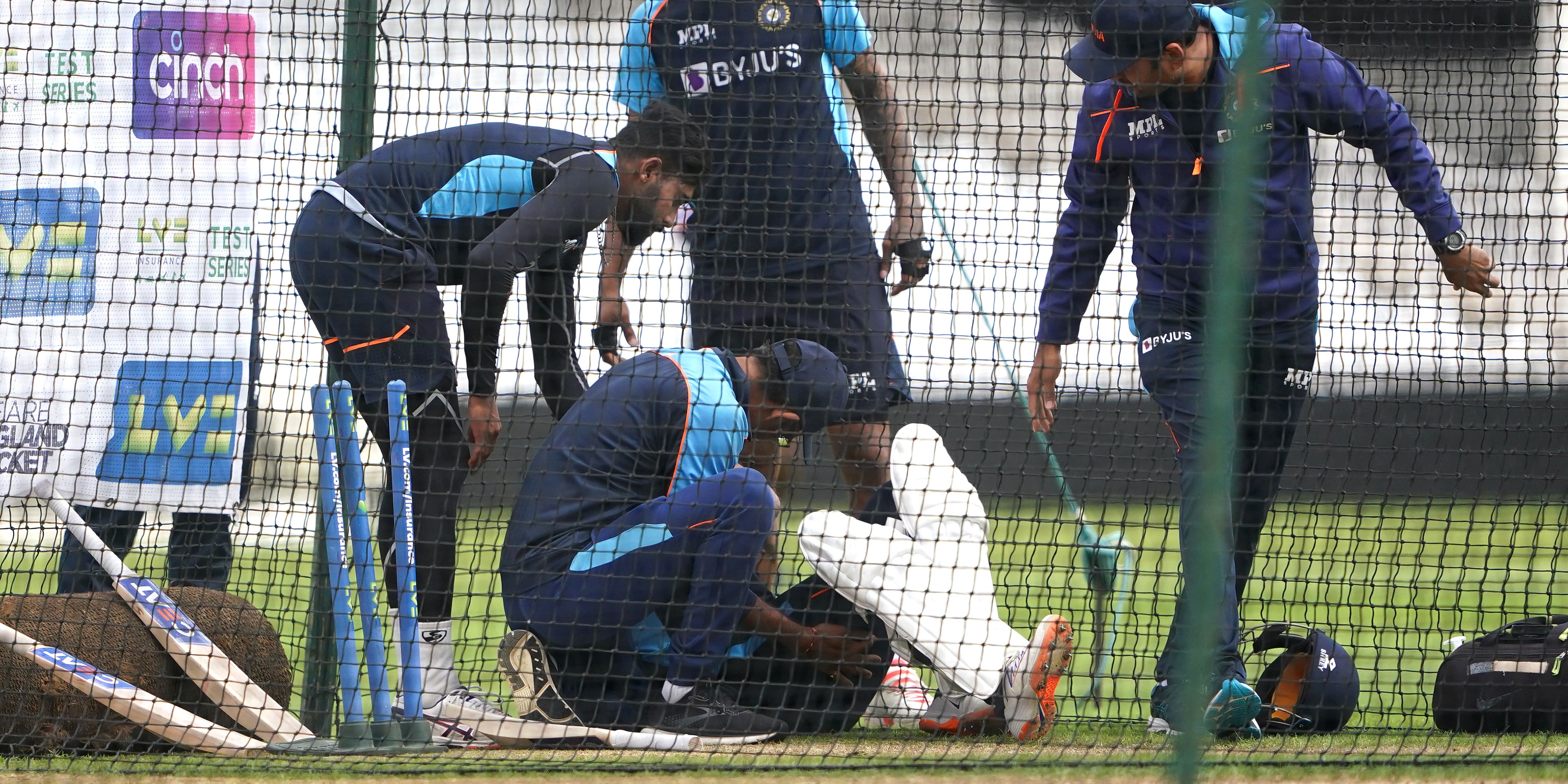 India batsman Mayank Agarwal has been ruled out of the first Test against England after a blow to the helmet in training left him with a suspected concussion.

A statement from the Board of Control for Cricket in India said the 30-year-old opener was in a stable condition after the incident in the nets on Monday but had “shown signs of concussion” and “will remain under close medical observation”.

With Shubman Gill already out of the LV= Insurance Series and the recently called up Prithvi Shaw unavailable until his quarantine period has been served, India could opt to push KL Rahul up the order for the opening Test at Trent Bridge on Wednesday.

India are well acclimatised to England, having remained in the country ever since their losing appearance in the World Test Championship final against New Zealand in June, but while the changeable weather will be no surprise the nature of the pitches on offer are likely to attract interest.

England were thrashed 3-1 on dry, spinner-friendly surfaces in India earlier this year and there has been an expectation that green seamers could be the order of the day.

The chosen strip in Nottingham was looking decidedly lush two days out and, even though there is time for that to change before the first ball is bowled, India are not giving too much consideration to the issue.

With a high-class pace attack of their own, featuring the likes of Jasprit Bumrah, Mohammed Shami, Ishant Sharma and Mohammed Siraj, they are well prepared for the contest.

“We expect England to give us such wickets, this is their home conditions,” said vice-captain Ajinkya Rahane.

“We’re not going to think too much about it. It’s all about playing good cricket and it’s the same wicket for them as well. If we can get used to conditions and to the wicket quickly we’ll play according to that.

“We are not too worried about what wickets they are giving us. We are ready.”