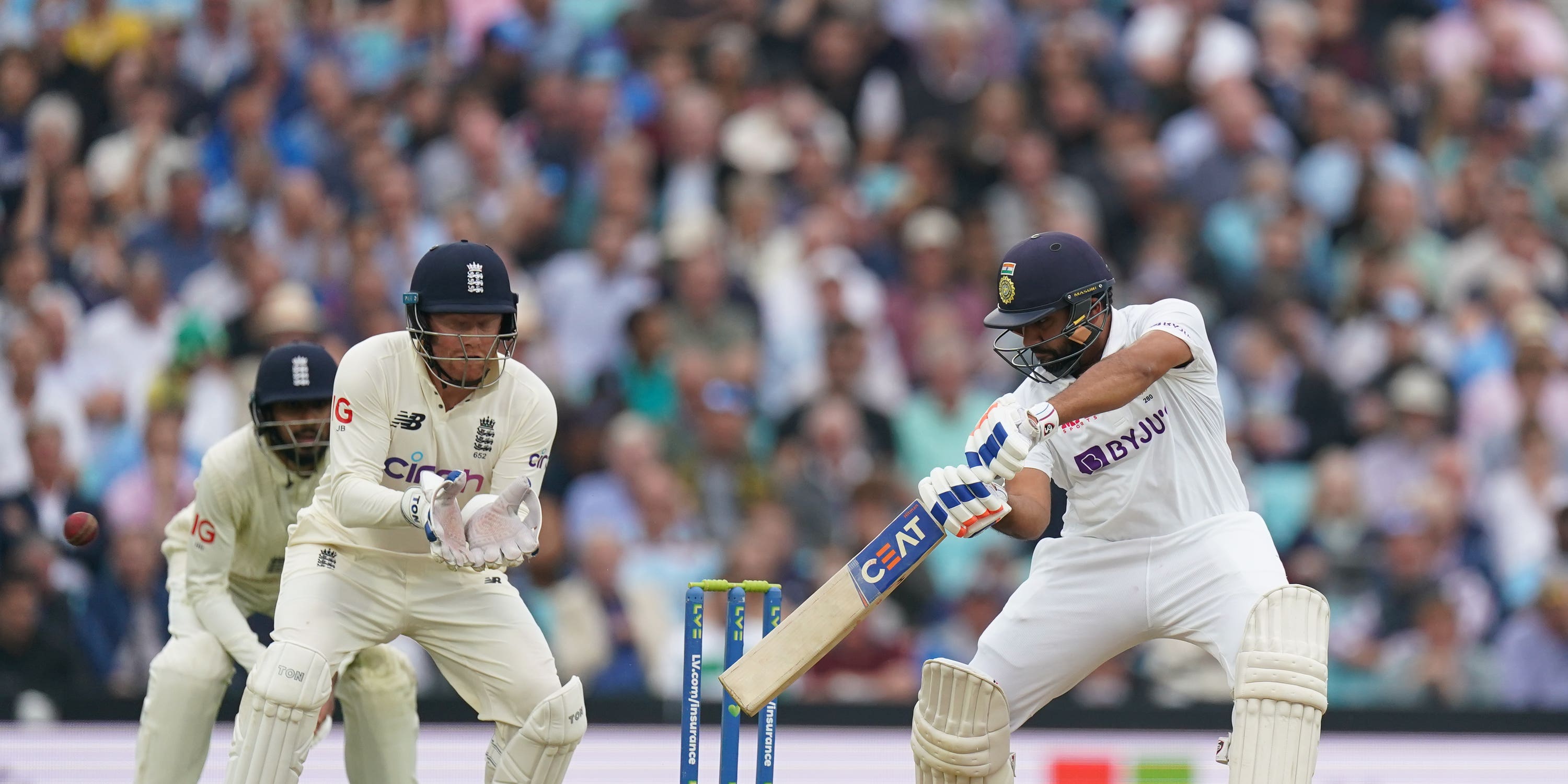 India batsman Rohit Sharma produced one of the crowning achievements of his career with a fine century that turned the tide of the fourth LV= Insurance Test against England on a trying third day at the Kia Oval.

Rohit capped his impressive efforts in the series with a superb 127, his first ever overseas ton, helping turn a first-innings deficit of 99 into a lead of 171 by the time bad light drew in.

India finished on 270 for three and are poised to make life extremely difficult for the hosts, with captain Virat Kohli ominously positioned to lead the charge on day four.

Ollie Robinson struck twice in the first over of the second new ball to see off Rohit and Cheteshwar Pujara (61), giving England something to cling to after managing a solitary breakthrough in more than two sessions.

Rohit is renowned as one of the greatest one-day batsmen in history but there was one notable blind-spot on his Test CV – with all seven of his centuries coming in home conditions.

The 34-year-old has always seemed too good a player, and too adaptable, for such an omission but his barren streak on the road had reached 23 matches and 44 innings prior to his efforts in London.

Every run would have felt like a dagger to Rory Burns, who had dropped Rohit with just four to his name on the second evening and did so again in the morning session on 31.

He eventually fell to the first delivery of the second new ball, an underpowered short one from Robinson, but by then his stands of 83 alongside KL Rahul and 153 with Pujara flipped the game heavily in the tourists’ favour.