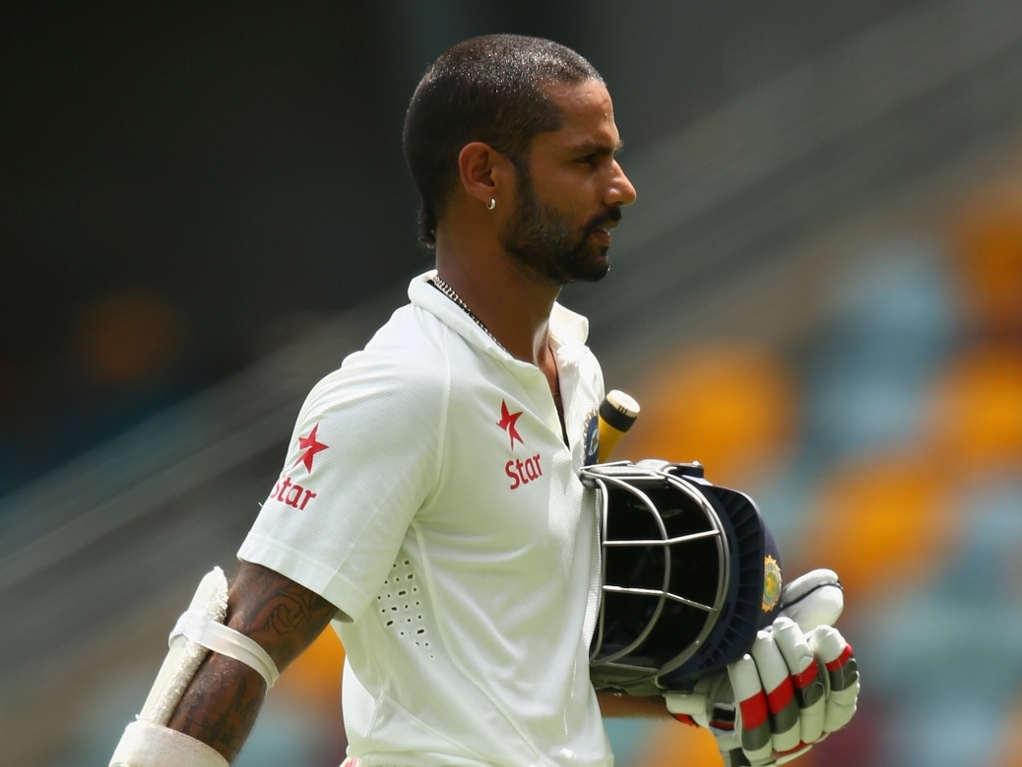 India batsman Shikhar Dhawan's early-morning hand injury has been blamed on the practice pitches at the 'Gabba, with skipper MS Dhoni saying it caused a lot of discord in the dressing room on Saturday.

Dhawan was hit on the hand while batting in the nets ahead of day four, and this injury left Virat Kohli with only a few minutes to prepare to bat in his stead. Kohli was out for one run, and was apparently unhappy.

"I don't think we really handled the situation very well. I think the only way out of that was for the batsmen to spend a little time. But we were not able to do that."

India lost by four wickets, and Dhoni said the poor net pitches were to blame for their collapse from 71/1 to 224 all out. The injury to Dhawan threw their mindset out of whack, and he felt they should have recovered quicker.

Dhoni continued: "Yes, we were having a bat in the nets and you know the wickets were not very good and he got hit. But he didn't really react too badly there so we thought it's one of those where you get a hit but you are fine to bat.

"But by the time we came back he was really feeling the pain and he was not really in a position to go in to bat. I felt we were able to give only five to seven minutes' notice to Virat that he's going in next and I believe to some extent it created a bit of unrest in the dressing room and from that we were not able to get back.

"I would say that was one of the shortfalls, one area where we should have handled better."

The BCCI were unimpressed by the practice pitch situation, and had asked the 'Gabba management to let them use the other decks, but were denied as they were not ready for use, according to Cricinfo.

The statement read: "Indian team has been asking for the fresh net practice wickets several times for last two days, which have not been provided. Instead of that, they [curators] have asked [us] to practice on worn-out wickets, which have uneven bounce.

"Because of that, two of our batsmen got injured today morning. One of the two batsmen, Shikhar Dhawan, had a right wrist injury. Because of that he was unable to bat in the morning. He is being examined by our physio, and will assess his fitness in some time."