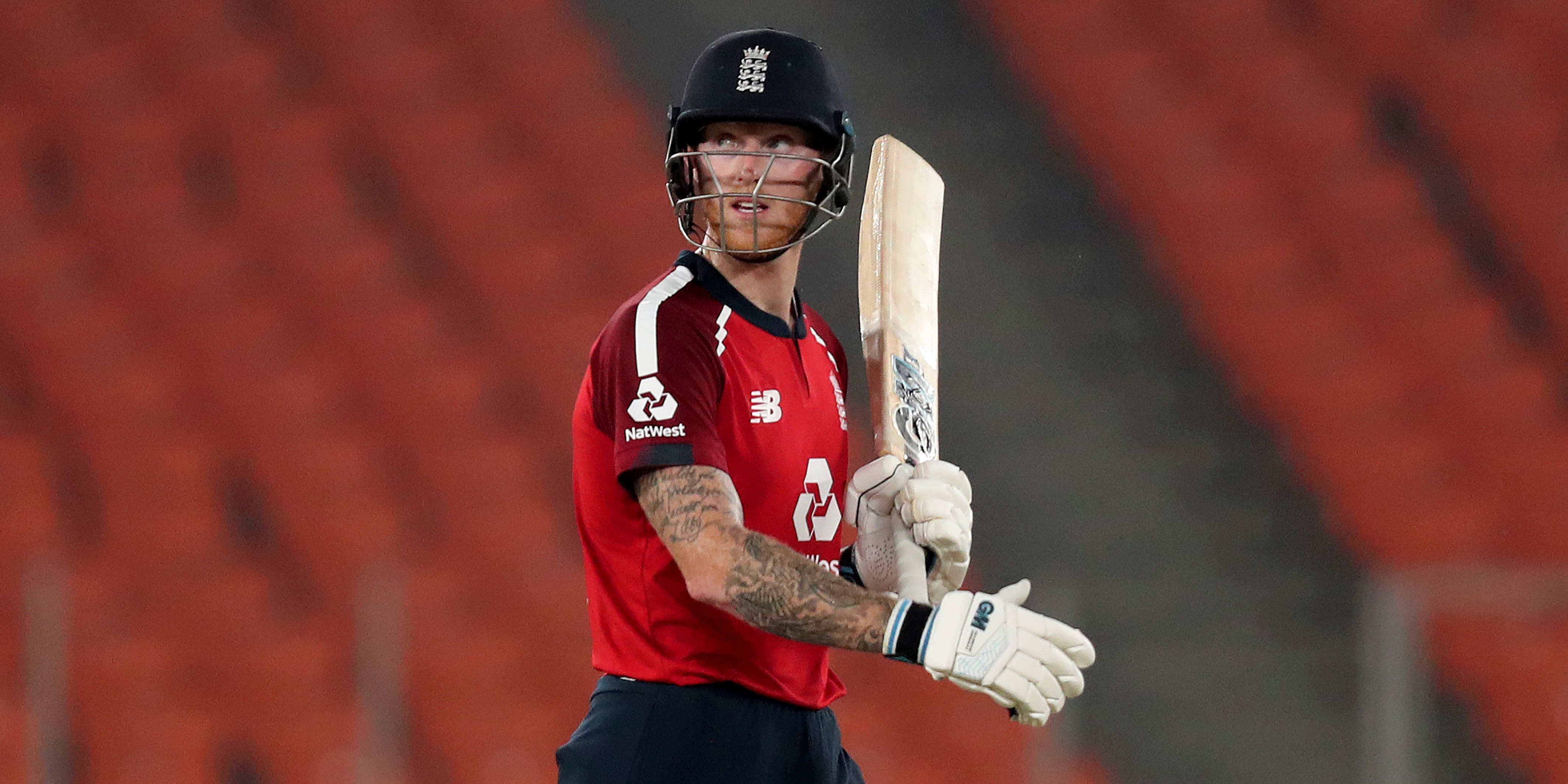 Ben Stokes welcomed the pressure of a winner-takes-all finale against India after England missed the chance to wrap up the Twenty20 series in Ahmedabad.

Chasing 186 to take the fourth match, and with it an insurmountable 3-1 lead, England fell to an eight-run defeat that tied the teams up heading into Saturday’s decider.

Stokes top-scored for the tourists with 46 in 23 balls but was undone in the pivotal passage of play as he and captain Eoin Morgan were dismissed off consecutive Shardul Thakur deliveries at the start of the 17th over.

Jofra Archer, who had never batted in his previous 10 appearances in the format, engineered some late drama with a couple of big hits off Thakur but, with 23 needed from the last over, the odds were against him.

While England would much rather be celebrating victory than analysing defeat, Stokes believes a must-win match at a ground that is set to hold the T20 World Cup final later this year is the kind of experience money cannot buy.

“In an ideal world we would have loved to have gone into the next game having won the series and it sounds weird saying it but we got a positive out of losing,” he said.

“We go into the next game with a huge amount of pressure on our shoulders as a team because whoever wins that game wins the series. It’s a final.

“That’s great for us as a team, especially with a T20 World Cup coming up. The more pressure situations we are put into as team, the better we’ll be for it. We want to win and we want to make a habit of winning.”

Stokes was also looking ahead when he picked over his own performance, hoping he can finish the job the next time he finds himself leading a late charge.

“One of us (him and Morgan) had to be there at the end. It’s always frustrating getting out and even more when you feel you’ve got the game in your hands,” he said.

“Rather than going away and being too down on myself you’ve got to go away, assess these things and learn from them. We’ve got the World Cup coming up and no doubt we’ll be put in a similar situation at some point in that tournament. These are all great learning experiences for us.”

Stokes also paid tribute to Archer, whose pace and control yielded career-best figures of four for 33 long before he made his late contribution at the crease.

“He’s a fantastic bowler – he’s got raw pace and huge amount of skill and he’s really showing that off this series,” said the all-rounder.

“Bowling at the top of the order and at the death, there’s no harder thing for a bowler to do, but he’s prevailed every time. The things he does on the field are becoming less surprising, especially with a white ball in his hand.”

India captain Virat Kohli used his appearance at the post-match presentation to complain about the protocols which saw Suryakumar Yadav and Washington Sundar given out caught despite inconclusive replays. Both departed as a result of the standing umpires’ ‘soft signal’, even though each incident occurred deep in the outfield.

“If it’s a half-and-half effort and the fielder is in doubt I don’t think the umpire from square-leg can see that clearly,” he said.

“Why can’t there be an ‘I don’t know’ call from the umpire? Why does it have to be conclusive? These things sometimes can really change the course of a whole game. Keep the game simple, keep the game linear and have a set of rules which are not grey.”

Kohli spent the conclusion of the match off the field with a tight quad but expects to be fit for the final match after a day’s rest.