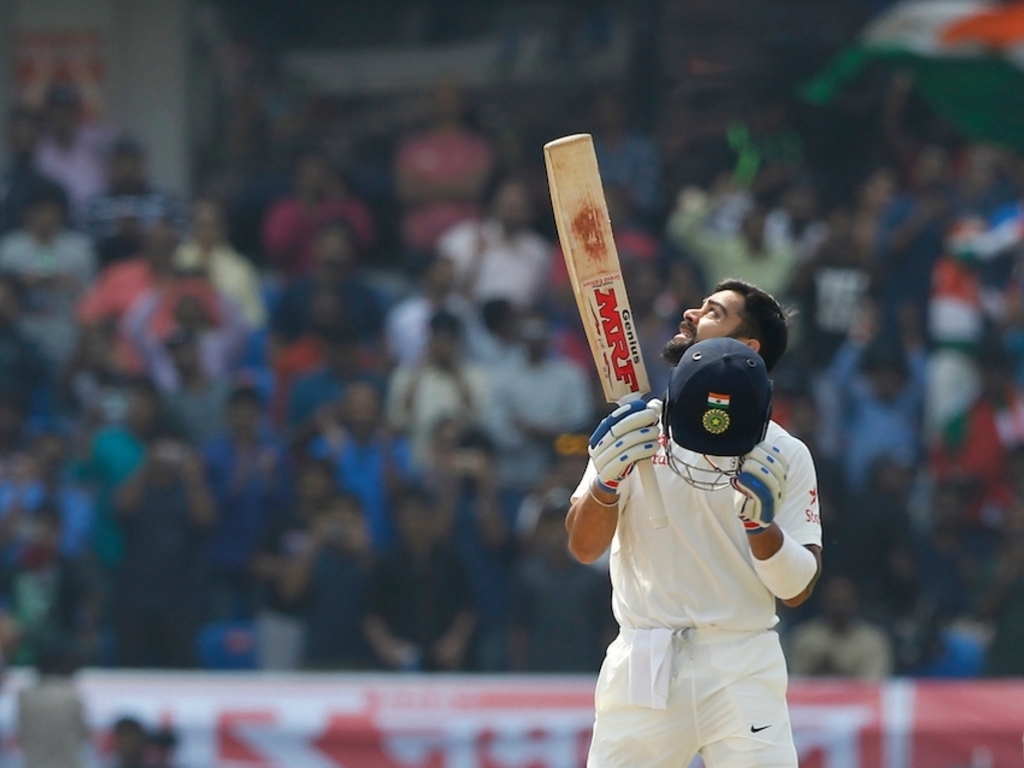 For the second day in a row India dominated Bangladesh in their one-off Test in Hyderabad reaching 687/6 before declaring.

Bangladesh would reach 39/1 in the # overs they had to face before the close of play on day two still trailing by 648 runs.

Virat Kohli went from an overnight score of 111 passed the 200 mark to become the first man ever to score double hundreds in four consecutive Test series.

Along the way he lost overnight partner Ajinkya Rahane for 82 after the pair put on 222 for the fourth wicket equaling the record for the most 200 stands by an Indian duo with their third such stand.

Wriddhiman Saha joined Kohli (204) at the wicket but the skipper would be trapped leg before by Taijul Islam shortly after reaching his double hundred.

Saha though would share a pair of handy partnerships with Indian spin kings Ravichandran Ashwin and Ravindra Jadeja that would see India top six hundred for the third consecutive innings, becoming the first team to achieve this feat.

Saha would record his highest score in Test cricket with an unbeaten 106 while Ashwin managed 34 and Jadeja hit 60 not out.

Taijul toiled for 47 overs returning figures of 3 for 157 to be the pick of the Bangladesh bowlers.

Umesh Yadav would extract a breaktrough in the final over dismissing Soumya Sarkar for 15 caught behind courtesy of a DRS review.

Monimul Haque (0 not out) survived a nervy final period with Tamim Iqbal (23 not out) as Bangladesh reached 39/1 at stumps.