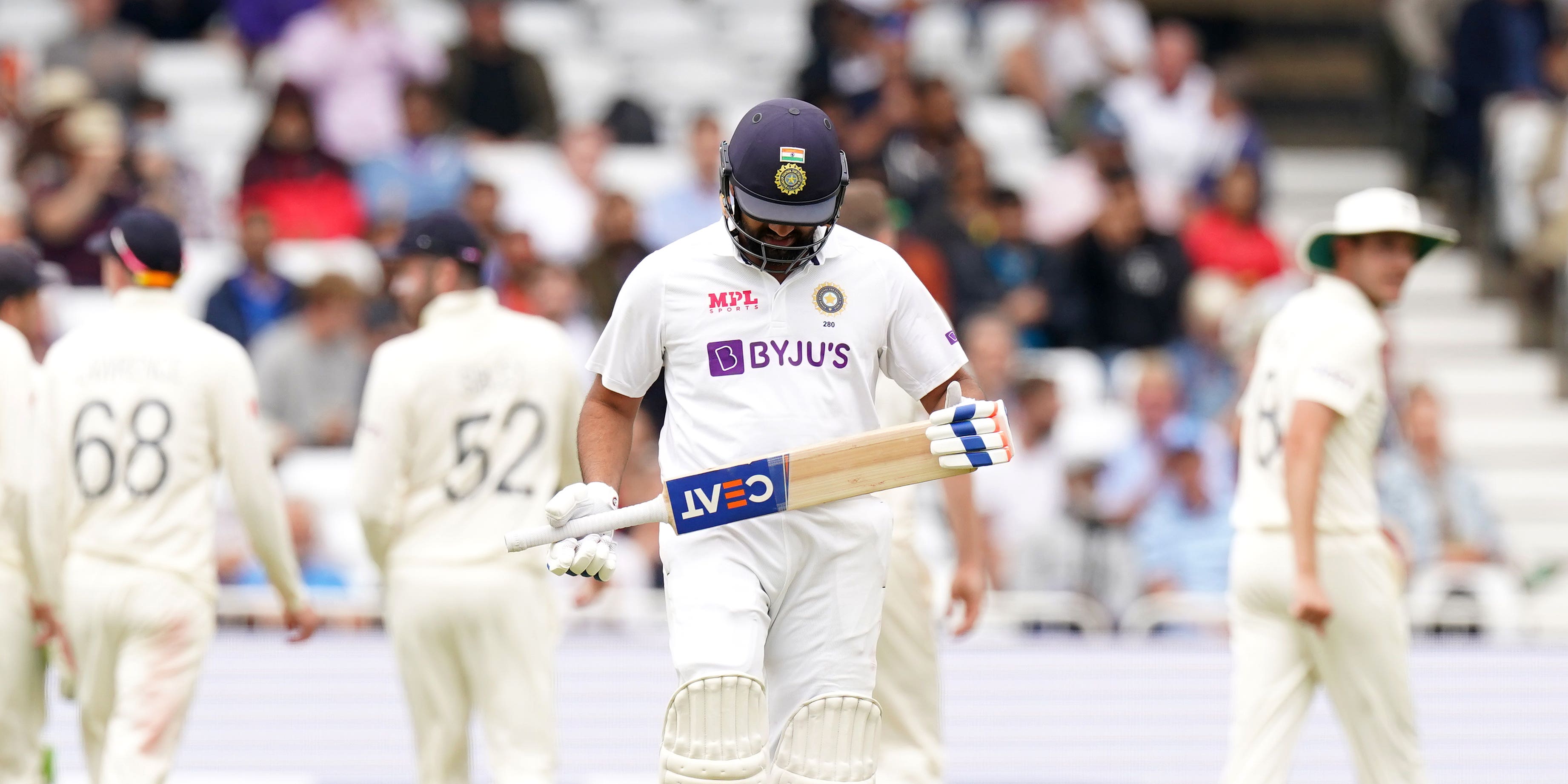 Ollie Robinson raised England’s flagging spirits with a wicket just before lunch on day two at Trent Bridge, but India remained firmly in control of the first Test.

Having dismissed the hosts for an underwhelming 183 on Wednesday, India reached the interval on 97 for one – with Rohit Sharma out to the last ball of the session.

Robinson, who was probably England’s standout bowler despite his rookie status, tried his luck with a bouncer in the final over before the break and saw Rohit send a mis-controlled hook to Sam Curran on the ropes.

Having showed real patience in compiling 36 from 107 deliveries, it was something of a giveaway and one that England will need to capitalise on if they are to stay in touch with a Test match that could easily slip out of their grasp.

KL Rahul was unbeaten on 48 at the other end, a fine return after two years out of the side.

England began with James Anderson and Robinson, the latter getting the nod ahead of Stuart Broad, but the closest they came to landing a blow was a couple of hopeful lbw appeals.

There was a hint of desperation when Joe Root called for DRS when the most ambitious of the shouts against Rohit was turned down, with replays only serving to show how wide of the mark England were.

The first hour saw India add only 26 to their overnight score of 21 but they were setting the platform. Previously quiet, Rahul emerged after the drinks break with renewed ambition, putting away Broad and Curran when they ventured too full.

He also profited from a couple of loose edges off Broad, who was attacking the stumps more than his team-mates. The one-sided tone changed when Robinson dragged back his length and asked a new question, but Rohit’s departure barely changed the overall balance of power.