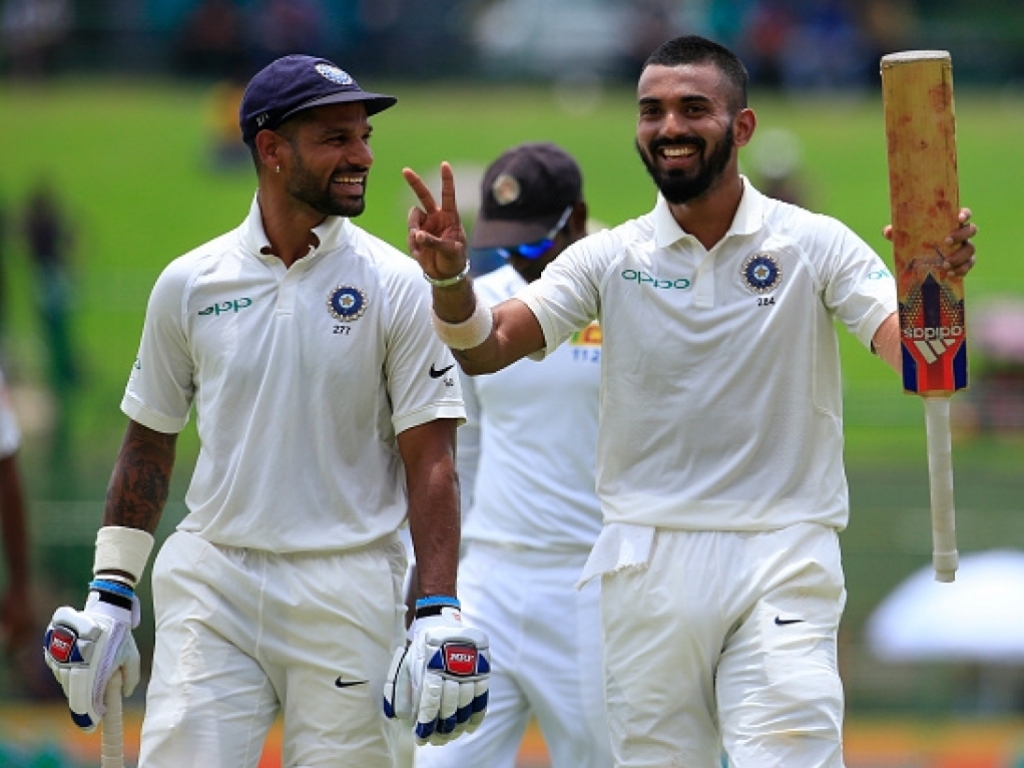 Openers Shikhar Dhawan and Lokesh Rahul have attained career-high positions in the ICC Test Player Rankings after figuring in an important partnership that helped India defeat Sri Lanka by an innings and 171 runs to complete a 3-0 whitewash of the home side.

Left-hander Dhawan, who top-scored with 119 in in the final Test in Pallekele, has moved up 10 places to 28th position after India won inside three days on Monday.

This was the Delhi batsman’s second century in the three Tests as he finished with 358 runs and was named player of the series.

Rahul has moved up two positions to equal his career-best ninth position after a contribution of 85 in the opening stand of 188 that came in under 40 overs.

The right-handed Rahul has thus equalled his career-best ninth rank attained in July this year but the present tally of 761 ratings points is his highest till date.

There was good news for spin bowlers too as India’s Kuldeep Yadav and Sri Lanka’s Lakshan Sandakan have made rapid strides.

Kuldeep, coming in for the suspended Ravindra Jadeja, has moved up 29 slots to 58th place after returning figures of four for 40 and one for 56, while Sandakan’s haul of five for 132 has helped him gain 16 places to reach 57th position.

In the list for allrounders, Jadeja has lost the top slot to Bangladesh’s Shakib Al Hassan after missing the Pallekele Test owing to a one-match suspension after accumulating six demerit points inside a 24-month period.

Jadeja has slipped one point behind Shakib’s tally of 431 points but remains at the top of the bowling rankings.

Top-ranked India and seventh-placed Sri Lanka have retained their positions in the team rankings with India gaining two points to reach 125 points, increasing its lead over South Africa to 15 points.

Meanwhile, England hosts the West Indies for a three-Test series starting Thursday, which it may have to win in order to remain in third position, depending on the results of a two-Test series between Bangladesh and Australia that starts later this month but ends earlier on 8 September.