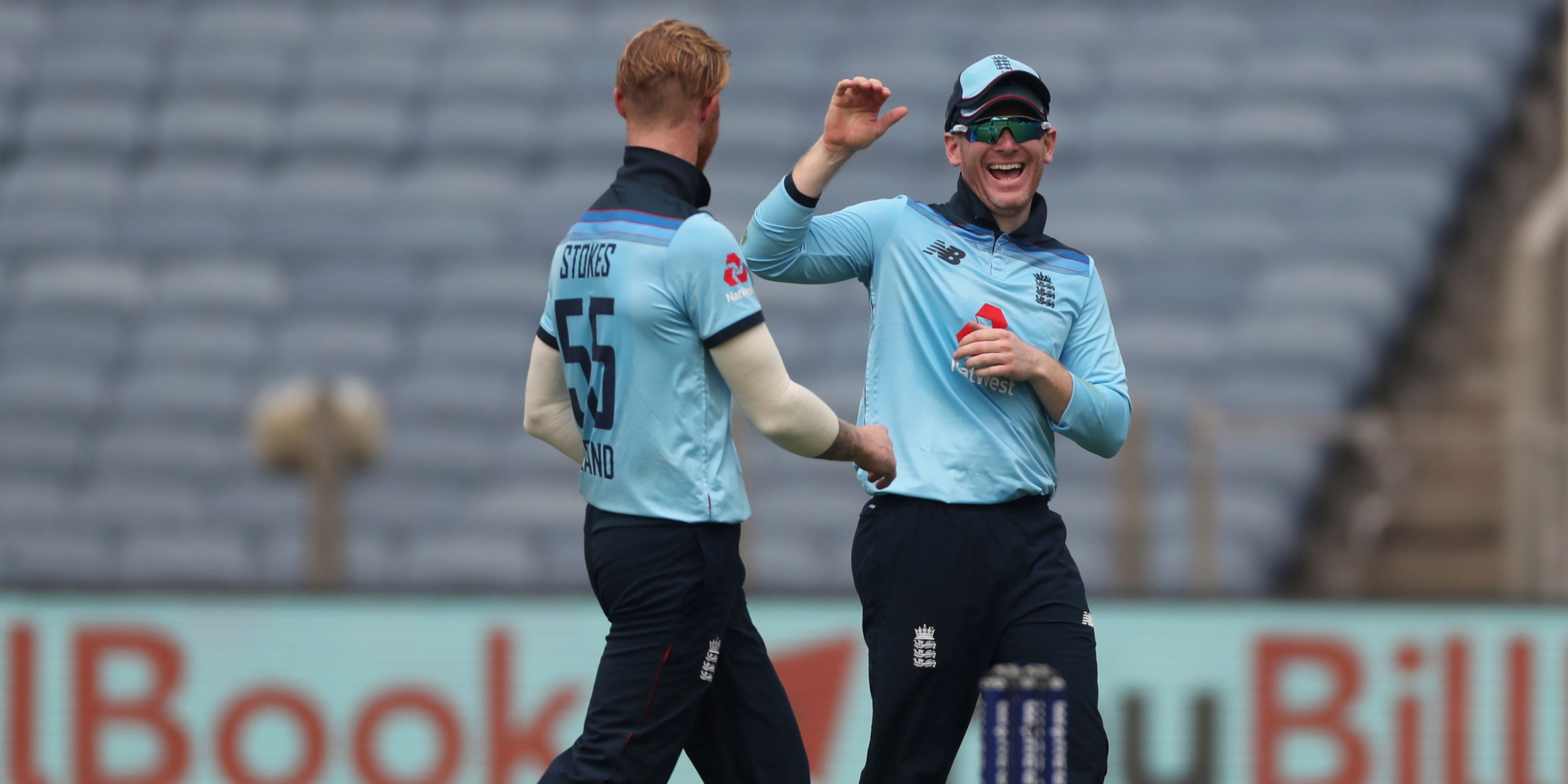 Ben Stokes marked his first one-day international appearance since the 2019 World Cup final with three wickets but a late surge from KL Rahul and Krunal Pandya helped India to 317 for five in the series opener at Pune.

Stokes has been absent in the 50-over format since his Lord’s heroics for varying reasons but he was instrumental as he took three for 34, including the key wicket of Shikhar Dhawan, who top-scored with 98 from 106 balls.

England rallied after a 105-run stand between Dhawan and Virat Kohli (56) seemed to set the stage, with India lurching from 169 for one to 205 for five, but their hopes of a successful chase may be hampered by injuries to two batsmen.

Sam Billings landed awkwardly on the boundary and immediately reached for the same left shoulder that he dislocated nearly two years ago, which ruled him out of the World Cup following an operation, although England diagnosed a collar bone joint sprain that is not related to the previous injury and are hopeful he will be able to bat.

Captain Eoin Morgan later left the field after splitting the webbing between his right thumb and index finger, which required four stitches, although he too is expected to bat. While he was off the field, KL Rahul (62 not out off 43 balls) and ODI debutant Krunal Pandya (58no off 31 deliveries) put on an unbroken 112 off the last 57 balls.

India handed an international debut to seamer Prasidh Krishna while England included both Currans brothers – meaning there were siblings in both sides as Hardik and Krunal Pandya were included by the hosts – and Moeen Ali came in for his first appearance of the white-ball leg of the tour after missing the entire Twenty20 series.

His first significant contribution was a forgettable one as he dropped a simple chance to reprieve Dhawan on 59. The India opener was given an earlier life on 16 when Jason Roy put down a tough chance at backward point.

Rohit Sharma required treatment after being struck on the elbow by Mark Wood, who alongside Sam Curran kept India in check after they were asked to bat first.

There were back-to-back maidens from Curran and Wood and although neither was able to make a breakthrough – despite the diving Roy’s best efforts – the initially expensive Stokes prised out Rohit for a largely subdued 28 after the opener flashed at a short and wide delivery, only to tickle behind.

Kohli showed plenty of purpose on a pitch that was unresponsive for spinners, while Dhawan moved to his 50 after hammering Adil Rashid for six over midwicket before surviving a review for lbw from the next ball after missing a sweep.

Moeen dropped a dolly to spare Dhawan, to the frustration of his good friend Rashid, but the all-rounder atoned by clinging on at deep midwicket after Kohli had disdainfully flicked Wood, brought back to stem the tide of runs.

The gamble to use Wood in the middle overs worked as new Lancashire import Shreyas Iyer spliced to cover while Dhawan fell agonisingly short of an 18th ODI ton after pulling a half-tracker from Stokes to Morgan at midwicket.

Ben Stokes had his third when Hardik Pandya’s attempted glance caught the edge and sailed into the hands of Jonny Bairstow at first slip. Pandya’s older brother, though, was able to make an impact where his sibling had failed.

Krunal underlined his intent with three fours in the space of four balls off Sam Curran in a boundary-laden maiden ODI innings, bringing up his 50 off just 26 balls. Rahul finished with four sixes and as many fours as he and Pandya helped India finish their innings with a flourish at the start of this three-match series.