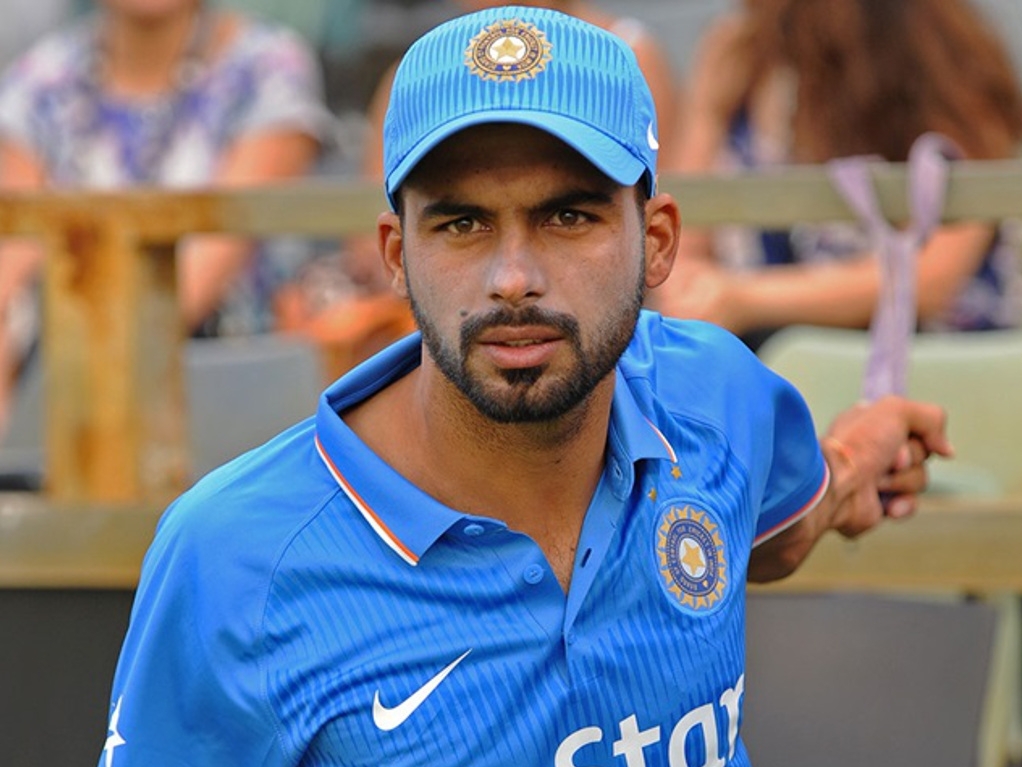 India seem set to hand a debut to fast bowler Barinder Sran in the first ODI against Australia in Perth, after Mohammad Shami was sent home with a hamstring injury.

While Bhuvneshwar Kumar has been called up to replace Shami in the squad, he is unlikley to be recovered from his travels in time for the game on Tuesday.

Sran has taken 32 first class wickets, and took two wickets in a warm up T20 against a Western Australia XI.

Bowling coach Bharat Arun said on the CA website: "If he has the ability then it's a bilateral series and we'd like to try all the potential bowlers that we have.

"He has been impressive so far and hopefully he can get straight away into the groove.

"He is a bowler with a lot of potential and he's been pretty impressive in these two games that he's played.

"Being a left-armer, too, gives us an added advantage and it's good to have somebody who we can groom to become a good bowler in the future."

Australia are also set hand out a debut or two, with fast bowlers Scott Boland and Joel Paris waiting for their caps. Whether both are picked remains to be seen.