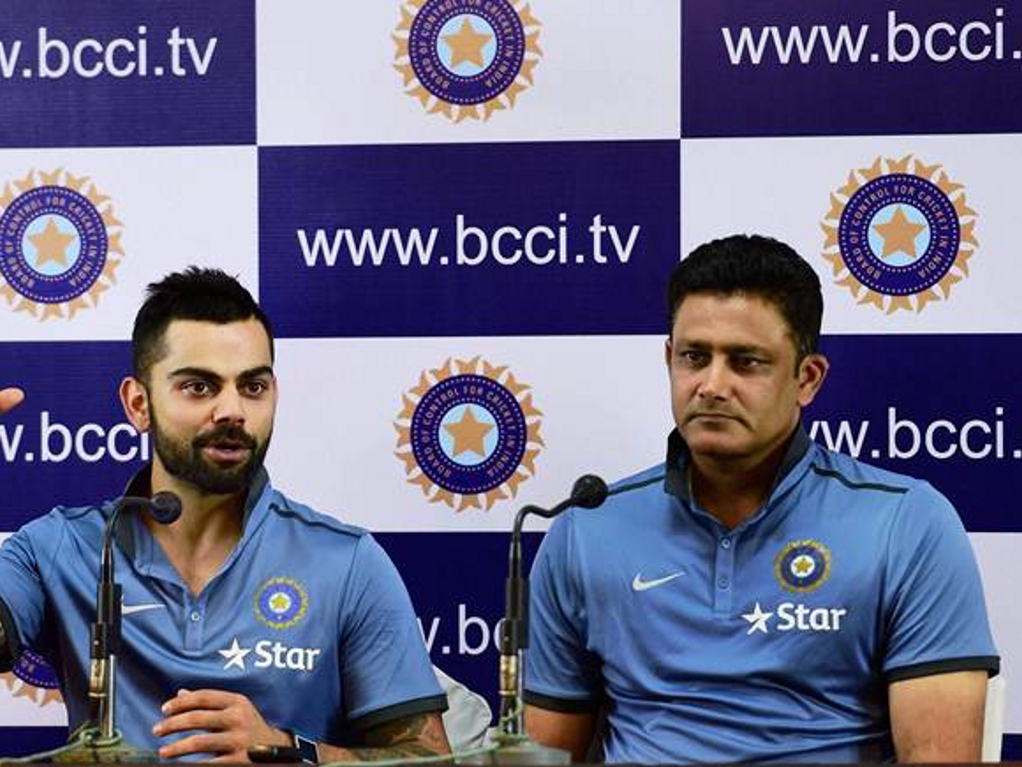 India are still a long way away from hosting a pink ball, day/night Test according to head coach Anil Kumble.

While the new boss believes day/night Test cricket is the future of the game, he maintains more practice and testing is required before India go ahead with Test cricket's latest innovation.

Responding to questions from PTI on social networking site twitter, Kumble said of the pink duke ball: "We haven't really thought about pink ball yet, as far as I know. It's still a long way.

Kumble is the chairman of the ICC's cricket committee, who are tasked with looking at innovations such as the pink ball and day/night Tests and believes the change will be a positive one: "I would certainly back Day/Night (Test) cricket. Anything we need to do to get crowd back to Test cricket… At least that is the future. In day/night matches, people can come into the stadium after office hours,"

The former leg spinner was full of praise for captain Virat Kohli: "I am really excited to work with Virat. I have seen him as U-19 at the Royal Challengers Bangalore. He has matured a lot in last couple of years. He is a fantastic batsman and leader. He is really aggressive and so was I. I am really looking forward towards working with him."

The Indian legend is also expecting big things from allrounder Ravindra Jadeja, saying: "Jadeja is a wonderful all-rounder. I had a chat with him about his bowling. I think with his bowling he can do a great job and be effective in West Indies conditions, which is pretty similar to Indian conditions.

"I have also spoken to him about his batting ability as he can score a lot of runs. I am looking forward to Jadeja doing a great job not only as a bowler but also as batsman."