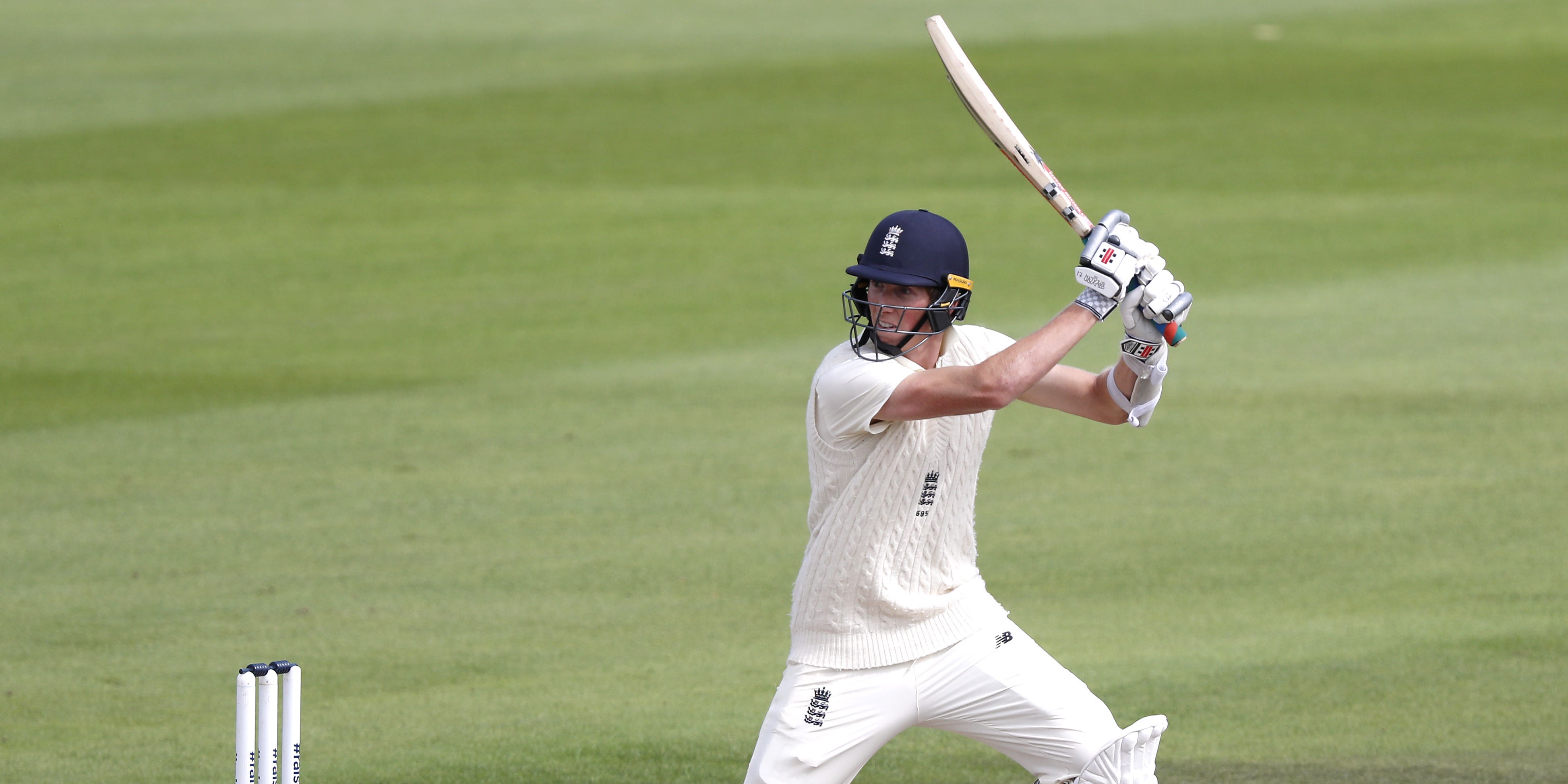 England endured a miserable first day in the day/night third Test against India, crumbling to 112 all out before watching the hosts reach 99 for three in response.

Joe Root won the toss at 2pm local time in Ahmedabad but that was as good as it got for the tourists, who were dismantled in less than 50 overs before failing to recreate the same havoc when they got the pink SG ball in hand.

With much of the pre-match talk concerning the uncertainty over the ‘twilight’ period and how hard it might be to bat when the natural light gave way, England lost their first eight wickets before the ring of LED lamps were even switched on.

They were all out soon after for their worst first-innings total in India – lowering a mark they set last week in Chennai by another 22 – with Zak Crawley’s elegant 53 the only note of resistance. With 10 stylish boundaries, his knock was an oasis of calm in an otherwise slipshod batting display.

After picking up 10 boundaries in his half-century, Zak Crawley finally opted to offer no shot in the post-match press conference. Invited to comment on the nature of England’s frustrations with third umpire Chettithody Shamshuddin, he decided to play it safe. England were infuriated by the swift manner with which Shamshuddin made several calls, all of which went against them. He was previously at the centre of an umpiring row on England’s white-ball tour of India in 2017.

The newly redeveloped 110,000-capacity colosseum in Ahmedabad had been variously known as the Sardar Patel Stadium or the Motera Stadium, but Indian Prime Minister Narendra Modi ended any uncertainty over its correct title when he arrived to officially inaugurate the ground. It will now be named after him.