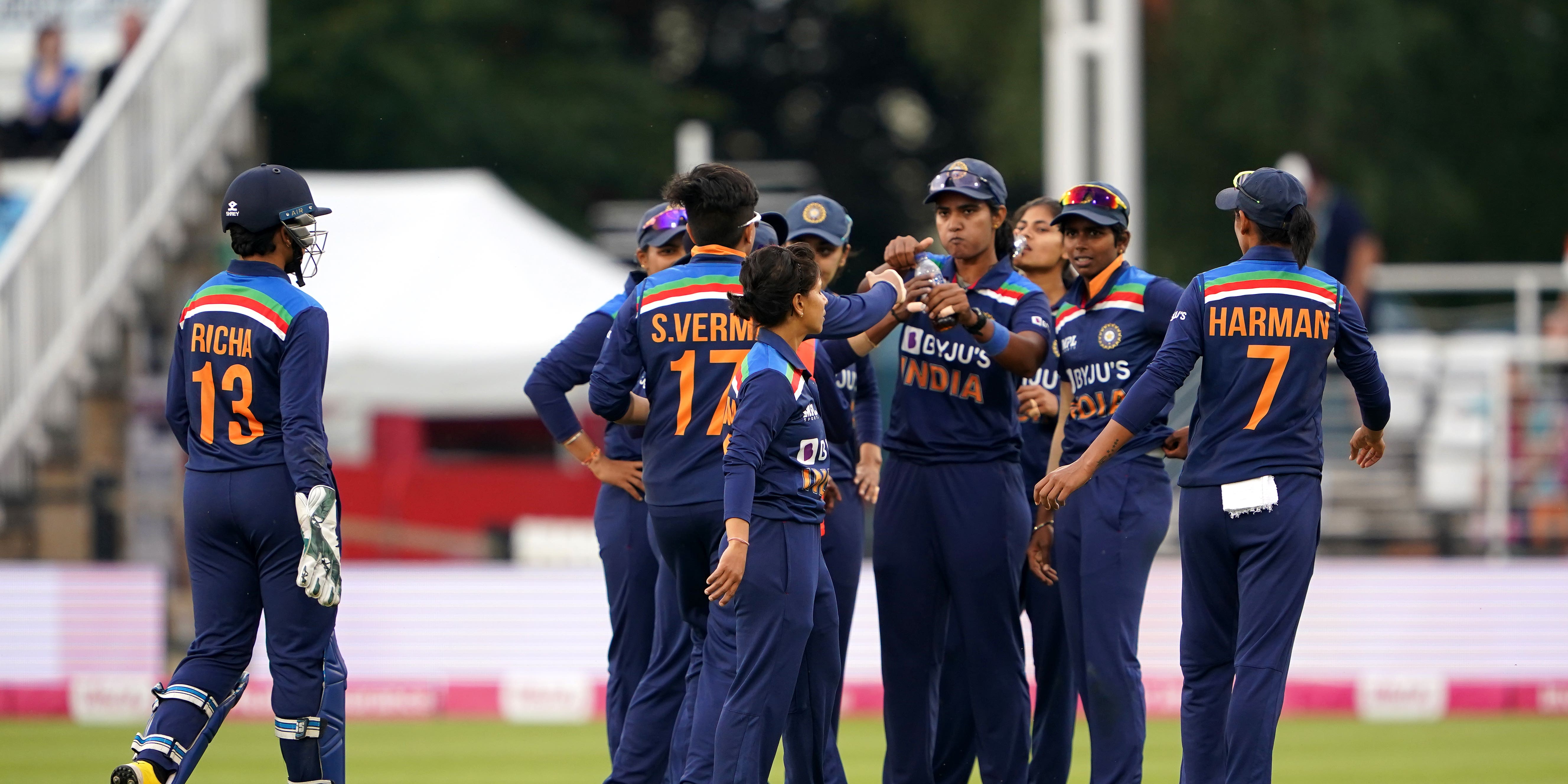 India Women kept their hopes of drawing the series alive with an eight-run victory over England in the second Twenty20 international of the multi-format series at Hove.

England looked well placed to wrap up the series when a partnership of 75 between Tammy Beaumont and Heather Knight guided them to a position of strength at 106 for two, chasing India’s 148 for four.

But both fell in space of two balls to spark a collapse and England finished short on 140 for eight to give India the two points on offer for victory and close the series score to 8-6 with just the final T20 game to come at Chelmsford on Wednesday.

Superb India fielding was a key component of the victory as Nat Sciver, Knight, Sophia Dunkley and Mady Villiers were all run out and the hosts left themselves too much to do.

Smriti Mandhana and Shafali Verma gave India a strong platform with an opening stand of 70 before Mandhana’s miscue was caught by Villiers running round from mid off to depart for 20 in the ninth over.

Verma followed two balls later when, from Villiers’ first ball of the match, she picked out Sciver at long on for 48.

Captain Harmanpreet Kaur and Deepti Sharma then added 31 and an unbeaten 24 to set England a competitive target of 149.

The home side did not get out of the blocks in the same fashion as India, Danni Wyatt picking out Kaur at mid off for just three.

A brilliant direct hit from the wicketkeeper Richa Ghosh brought an end to Sciver’s innings for just one and England were left to rebuild on 31 for two.

That is exactly what Beaumont and Knight did – at the halfway mark, England were just ahead of where India were at the same stage at 80 for two.

Beaumont brought up her half-century just after the 10-over mark, her ninth in international T20 matches, from 39 balls.

Just moments after an unsuccessful review from India, Beaumont reviewed one herself for lbw, but the on-field decision was upheld and the England opener had to go for 59 from 50.

From the next ball, Knight was run out at the non-striker’s end after the ball bounced off the bowler’s foot and on to the stumps and she was on her way for 30.

Dunkley was then also run out, before Amy Jones picked out Sneh Rana at square leg, falling into the trap laid by Poonam Yadav to leave England struggling at 125 for six.

Katherine Brunt was caught behind for five, with England needing 15 from nine balls, but Villiers then became the fourth run out of the chase and Sophie Ecclestone and Sarah Glenn could not force an unlikely victory.