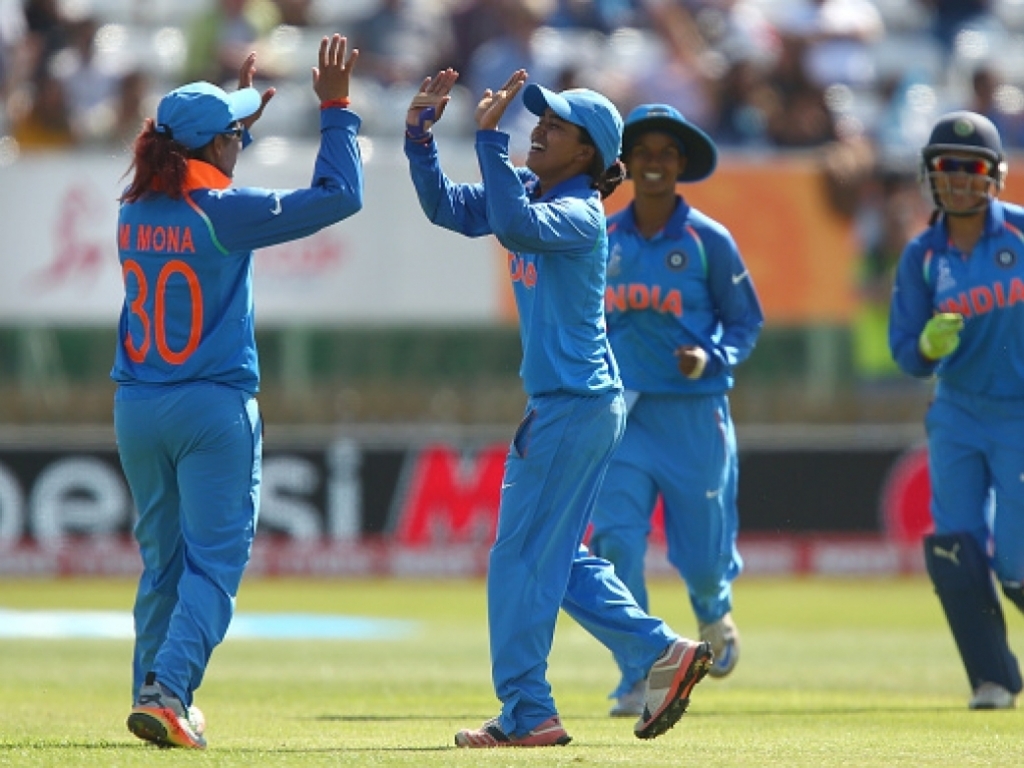 India secured a 95-run victory over Pakistan at the Women’s World Cup on Sunday in Derby to go to the top of the standings after three matches of the round robin phase.

Pakistan, who were chasing a target of 170, were bowled out for just 74 with India left-arm spinner Ekta Bisht claiming 5/18 off 10 overs.

The only Pakistan batters to reach double-figures were opener Nihida Khan (23) and captain Sana Mir (29), batting at number eight, as they were bowled out in the 39th over.

Earlier India also struggled with the willow as they laboured to 169/9 in their 50 overs against their arch-rivals after winning the toss and electing to bat first.

India opener Punam Raut top-scored with a patient 47 while wicketkeeper Sushma Verma hit a vital 33 lower down the order.

Pakistan’s bowling was well led by Nashra Sandhu, who returned handy figures of 4/26.

India have a perfect three wins from three in the World Cup so far and sit above Australia, who have also won their three games, on net run-rate.

Pakistan, who have lost their three matches, take on Australia on Wednesday while India play Sri Lanka on the same day.