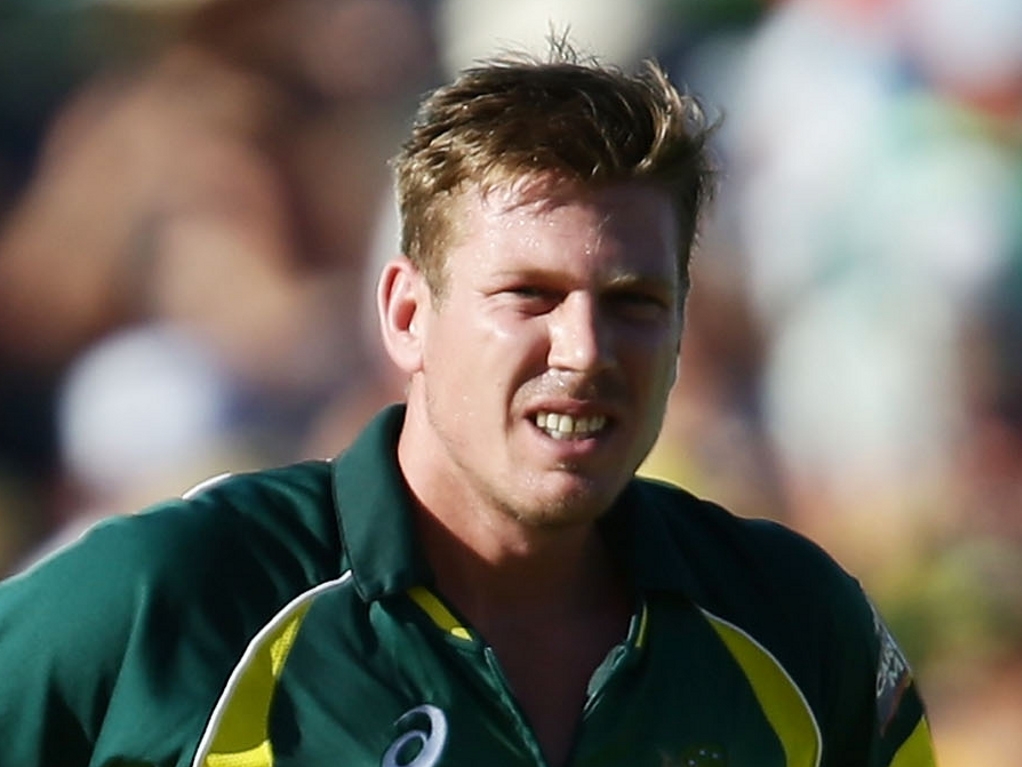 Australia will be without dangerous all-rounder James Faulkner for at least their opening World Cup match, after scans revealed he had picked up a side strain in the tri-series final on Sunday.

England, who were the opponents in Perth, will be pleased to hear this as they would not have relished the prospect of getting their World Cup started against Faulkner's famous death batting.

Faulkner left the field in the tri-series final, which Australia won, after scoring a half ton and bowling just three overs. Scans on Monday night revealed he's be out for at least two weeks, with the clash against England scheduled for Valentine's Day.

Australia team physio Alex Kountouris said the injury was "consistent with a 'typical' fast bowling side strain injury" and described the level of injury as 'moderate'.

He then said: "He (Faulkner) will receive intensive treatment for the next two weeks before we can determine when he can return to batting and bowling."

Meanwhile, Australia re still waiting on the fitness of captain Michael Clarke, who has until 21 February to prove his readiness after his hamstring surgery late last year.