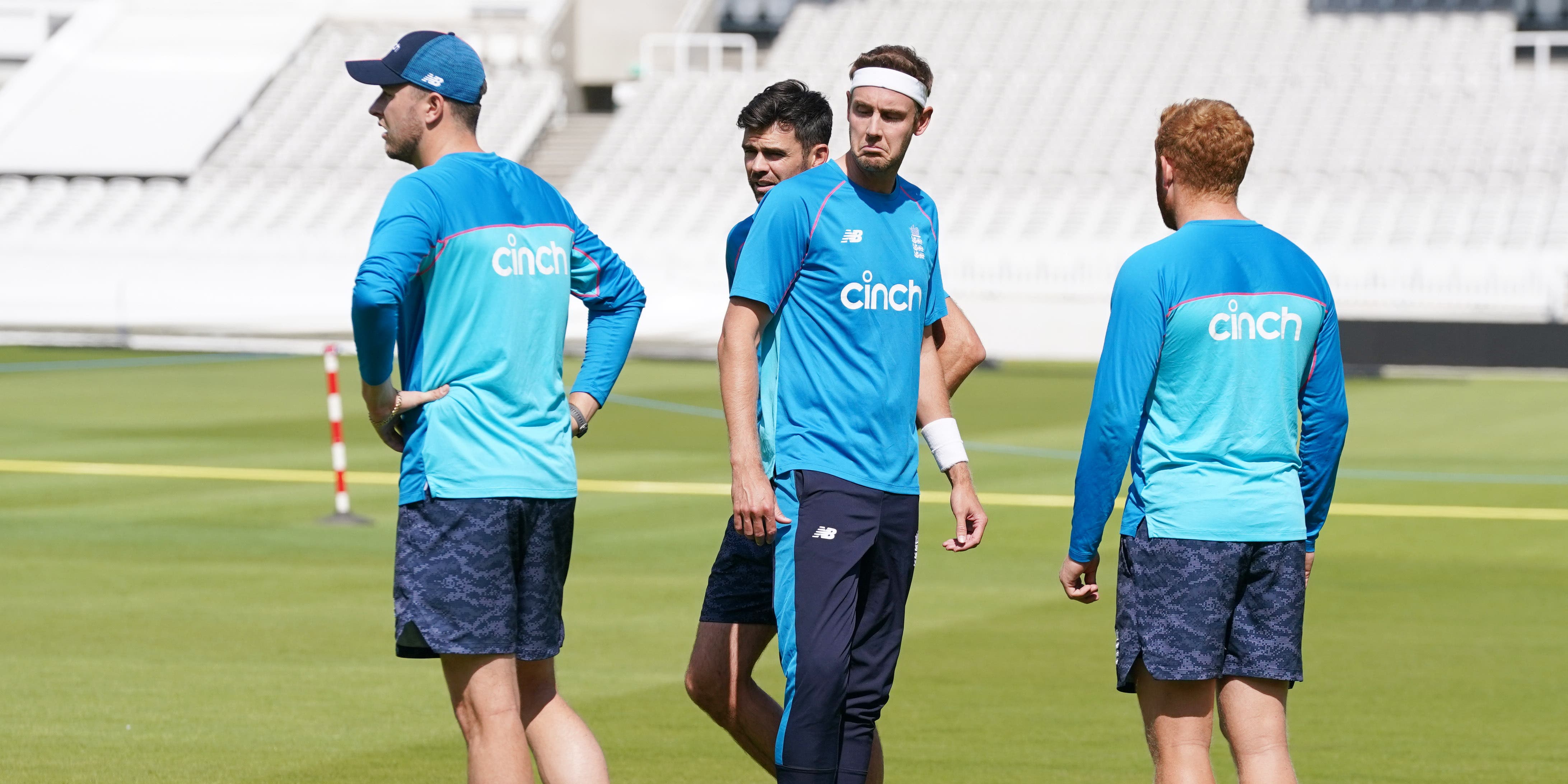 Stuart Broad has emerged as an injury doubt for Thursday’s second LV= Insurance Test against India.

Broad sat out Tuesday’s net session at Lord’s after discomfort in his calf during the warm-ups and will be assessed by medics before a decision is made over his availability.

The 35-year-old went wicketless in the first-innings of last week’s drawn series opener at Trent Bridge and lacked his usual control, but he looked in better form on the fourth evening when he took the only wicket of India’s rain-shortened second innings.

Should he be ruled out, or if England decide not to risk him, Durham quick Mark Wood is on hand to offer a different option. Wood may well have come in anyway to freshen up a side that lacked a 90mph option in Nottingham.

Somerset’s Craig Overton, who was added to the squad when Ben Stokes withdrew to prioritise his mental health, is also part of the 18-man squad.

An update from the England and Wales Cricket Board read: “England seamer Stuart Broad has tweaked his right calf in today’s warm-up at Lord’s. He was unable to train this afternoon with the rest of the England squad. Broad will have a scan tomorrow to determine the extent of his injury.”