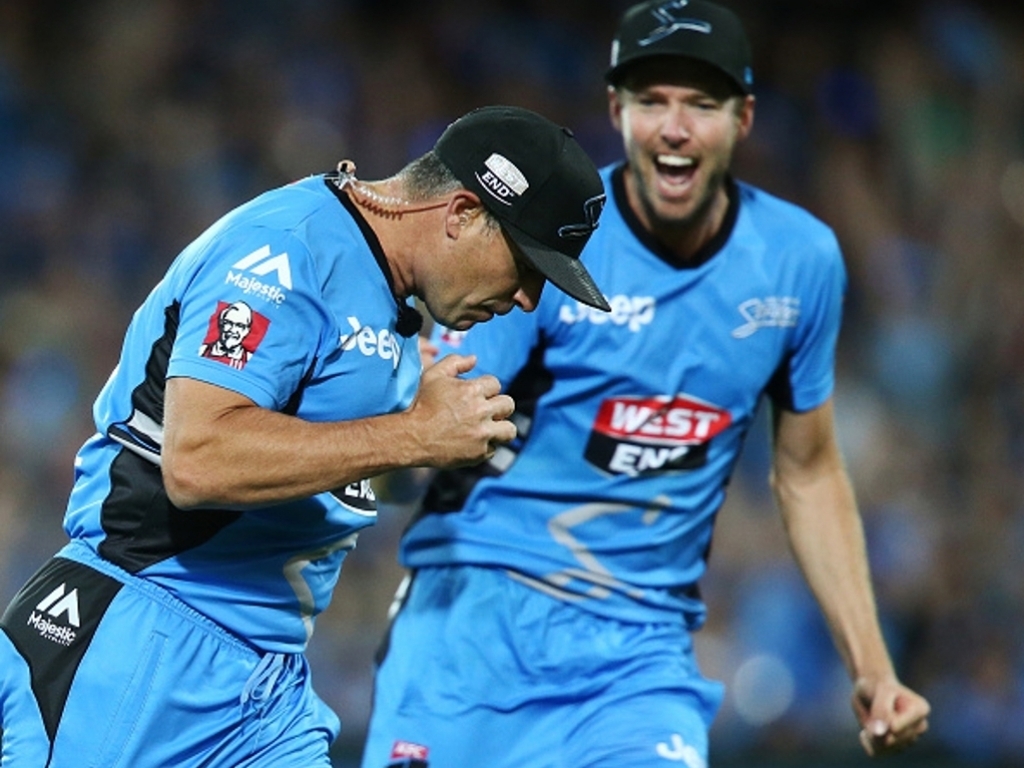 Cricket Australia’s Integrity Unit are set to review an on air exchange between the commentary box and Adelaide Strikers captain Brad Hodge during the match against the Sydney Thunder.

Hodge has been mic’d up throughout the BBL campaign to give veiwers insight into the tactical thinking and what goes down on the field but it appears he was the one gaining insight on Wednesday.

Ten Network lead commentator Mark Howard passed information provided by statistician Lawrie Colliver to Hodge who would then make a tactical change seemingly based on that info.

Having learned that seamer Ben Laughlin had dismissed Shane Watson twice in the last eight balls he bowled to the former Australia allrounder Hodge brought him into the attack in the next over.

“We educate our broadcasters at the beginning of each season in the area of Cricket Australia’s Integrity codes and policies so they fully understand the extent we take to ensure the integrity of cricket in the country.

“We are disappointed with the comments made on the BBL broadcast last night, and expressed this concern immediately to Channel 10 when it occurred.

“Cricket Australia’s Integrity unit is looking into the matter further to ensure the comments made during the broadcast did not jeopardise the integrity of last night’s match.”

“The comments were in no way intended to advise Adelaide Strikers captain Brad Hodge on game tactics or influence the outcome of the game. Network Ten ensures that all commentators are educated on Cricket Australia’s integrity codes and policies.”

At the time Howard said: “Our master statistician Lawrie Colliver tells us Laughlin has got Watson twice in the last eight balls he’s bowled him in this competition.”

Howard added: “I’ll leave that with you skipper.”

Hodge the said: “I’ll bring him on next over then. Let’s get him into the game. Next over bud.”

Both teams failed to qualify for the playoffs after the Strikers beat the Thunder by 77 runs.