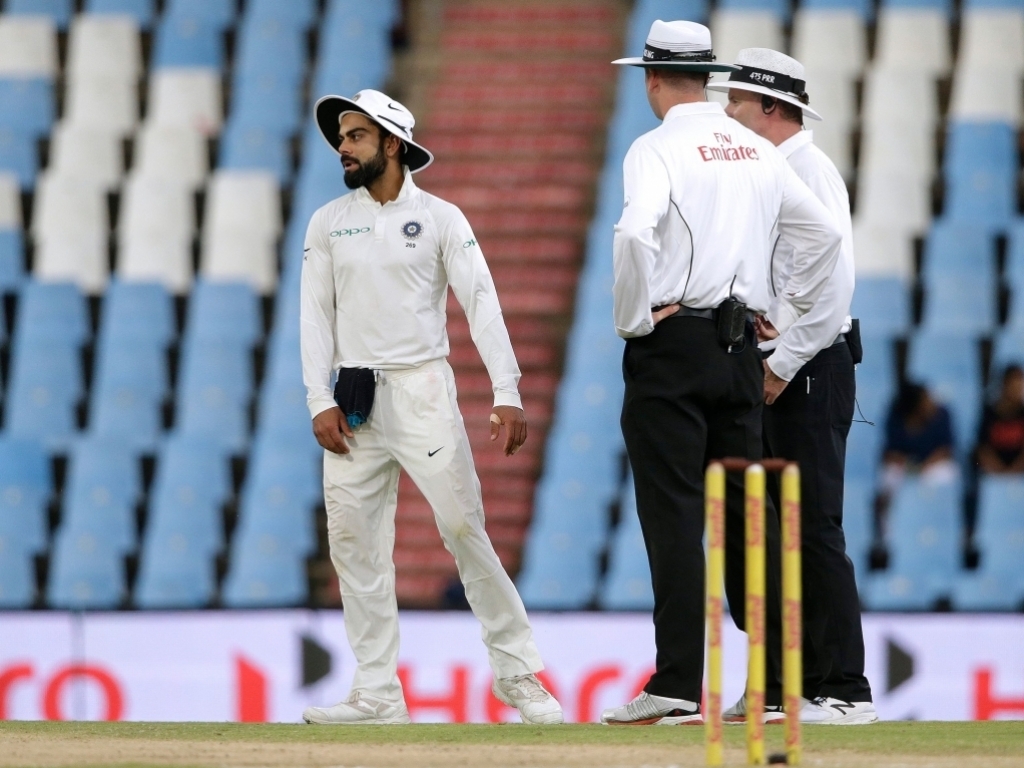 There are several schools of thought about whether or not former players make good umpires or not. No matter what side of the fence you sit, you can at least appreciate the willingness of ex-cricketers to repay the game with many hours spent out in the middle serving their successors.

The recipient of 18 ODIs in six months during the first half of 1983, the England batsman’s international career never really got going, as an average of under 13 reveals. He’s done a better job facing the batsmen than being one, though, and is one of the more steadfast and consistent decision-makers in the game these days.

A decent spinner back in the day, the Englishman collected nine Tests and 25 ODIs from 1991 to 1996. He later turned his attention to judging lines and lengths in tough lbw decisions instead of trying to extract ‘outs’ from the umpires. He graduated to the International Cricket Council’s elite panel in 2013, when Pakistan’s Asad Rauf and New Zealand’s Billy Bowden were effectively benched.

The Sri Lankan was a superb spinner during his playing days, which yielded 31 Tests and 141 ODIs from 1994 to 2004. His international umpiring career started in 2009 and has been going well enough ever since. But don’t ask too many batsmen who have been on the wrong end of his upheld index finger. Dharmasena doesn’t always get them right, but nobody is perfect, as Simon Taufel’s sentiment in this Betway blog will attest.

The former Proteas batsman was given a bit of a raw deal during a brief Test career, shunted up and down the order according to conditions and circumstance – and never really afford an opportunity to settle in one particular spot. He has since signed a Kolpak deal – and plays county cricket in England. But he’s planning for the future, too, and has become a qualified Western Province Cricket Association umpire. He officiated a recent premier league match between Rondebosch Cricket Club and Claremont Cricket Club. The latter were going to boast the services of ex-Proteas star Richard Levi, but his participation was ultimately snubbed.

The former Australian seamer played 35 Tests and 92 ODIs between 1992 and 1999 and, 10 years later, became the one giving the decisions instead of asking for them. Reiffel is a stand-up guy and solid official, ensuring that the subjectivity he relished as a player has been swapped for proper objectivity as an umpire.

An Australian like Reiffel, Wilson is still a relative beginner umpire. He played one Test match in 1998 and 11 ODIs around the same period, but never really threatened to forge a successful career as a five-day or limited-overs fast bowler. His ODI umpiring debut came in 2014, when Hong Kong played Papua New Guinea in Townsville. He was in action as recently as early November in Hobart, where the Aussies faced South Africa.

Bruce Oxenford, Marais Erasmus, Aleem Dar, Nigel Llong, Chris Gaffaney played first-class cricket in Australia, South Africa, Pakistan, England and New Zealand, respectively, eventually giving up to concentrate on umpiring. They’ve all done a hang of a lot better as officials than players, ensuring the acumen and insight gathered as cricketers has been put to good use as umpires.