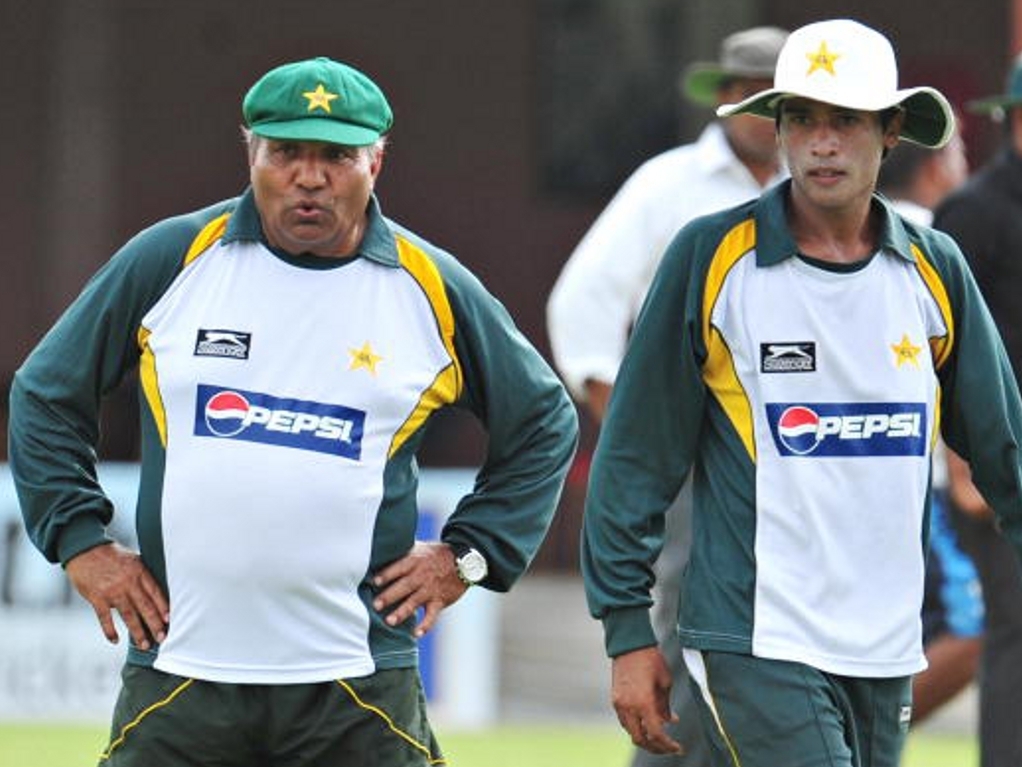 Pakistan team manager, Intikhab Alam, has issued a stern warning to Fast bowler Mohammad Amir ahead of the tour to England.

Alam has emphasized that the onus is on Amir to behave, and not react to the taunting and media scrutiny he will be subject to.

The young paceman will be bombarded with images of his horrendous intentional no-balls, that led to him being jailed for three months and banned from all cricket for five years. The English crowds will not let Amir off the hook, and he can expect a tough time in the nation where he experienced his darkest hour.

Alam told AFP ahead of the tour: "Amir cannot afford to put a foot wrong,

"Amir has to prove a point to the cricketing world that there will be no slip-up, make up for the five years he lost and do justice to his talent by bringing laurels."

The team manager fears that the young fast bowler will be provoked, fears that will no doubt be realized, while the England camp has emphasized they bear no ill-will towards Amir, the fans are another story though with many believing Amir should have received a life ban for his role in the 2010 spot-fixing scandal, Alam commented: "I fear people will provoke him on and off the field but he has been told to remain calm and not react.

"That happened on his first tour (New Zealand) when he was fielding on the boundary line, but they die down once you don't react,"

The former legbreak bowler has warned Amir, and the rest of the squad, that a zero tolerance policy will be adopted on this tour, saying: "The message is clear for all the players and that is there will be no compromise on discipline and zero tolerance,"

The gravity of his indiscretion has been brought home to Amir over the last few years, and he is said to feel remorse over his actions, with Alam noting: "Since his return, Amir has been very good and has shown remorse of what he did,"

"People expect miracles from him but he has been very good on the three tours he has had so far and we hope he will deliver to the best of his abilities in England."

Pakistan arrive in England this week ahead of a training and acclimatization camp in Hampshire, before the four-Test series in July.